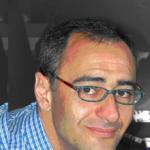 Professor of Biochemistry and Molecular Biology
University of Seville
Email

Dr.David Pozo Perez received his Ph.D. in Cellular and Molecular Biology (1998) from the University of Seville. He subsequently joined the Division of Immunology at Cambridge University (UK) as an EMBO postdoctoral fellow and Marie Curie Fellow from 2000-2003.He did a second post-doctoral stint at the Department of Immunology of Weizmann Institute of Science (2004) in Israel. He was awarded for Recognition of Outstanding Neuropeptide Research at the joint conference between the American and European Peptide societies in Colorado (2006). He obtained his national “habilitation” (2007, University of Salamanca) and was appointed lecturer at the University of Seville Medical School since March 2008. In 2008, he moved as principal investigator his lab to CABIMER, the Andalusian Centre for Molecular Biology & Regenerative Medicine. His research interests are related to the potential applications of neuropeptide-based nanoparticles as nanodiagnostic and smart-delivery tools and the cellular and molecular mechanisms of action immunomodulatory bioactive peptides as an approach to cell therapy. Since 2007, he is the director of scientific production of the Health and Progress Foundation, the central agency for biomedical research of the Andalusian Government Ministry of Health. He is member of the editorial board of the Journal of Cellular and Molecular Medicine, the American Journal of Immunology, and Nanomedicine: Nanotechnology, Biology, and Medicine. He serves as expert for the Israel Science Foundation, the European Science Foundation, the British Parkinson’s Disease Society, and the California Institute for Regenerative Medicine.