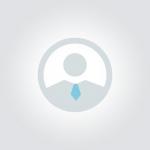 In addition to his research work, Prof. Qarawani has been an editor and  a reviewer for many scientific journals such as the Advanced Research, Elsevier, the British Journal of Mathematics & Computer Science, An-Najah University Journal for Research - A (Natural Sciences) and
Journal of technology and applied sciences at Alquds Open University. He has been an external examiner for master's theses at Al-Najah, Alquds  and Hebron Universities.