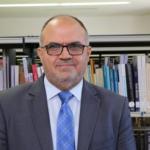 Research Project Purpose: This analytical reading translated into the contemporary Palestinian narrative discourse for some Palestinian comedy novels written by Ibrahim Nasrallah and another written by Sahar Khalifa to analyze the contemporary Palestinian narrative discourse to reveal the perspectives of its novelists to the reality of the Palestinian issue and the transformations that it faced after the Oslo agreement and the definition of their different perspectives in presenting the historical narrative of the Palestinian Crossbar for the future of the case. This is in order to deliver the translated Palestinian literary discourse to the scholarly levels and the various groups of the Canadian people and to the general centers of scientific research in Canadian universities, which is of great importance in introducing the Canadian people to the tragic reality under which the Palestinian people suffer because of the brutal occupation as portrayed by Palestinian writers through Their visions and perceptions that reflect shifts in political, social and cultural thought on the Palestinian issue.

Expected Results: It is expected that the joint research between the researcher and the participating researcher will be completed according to its following main objectives: