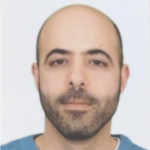 Project Purpose:We aim at characterizing MEG resting state and task related networks in the living human brain utilizing novel deep learning techniques. In order to study the functional network of the brain in action in patient and control groups it necessary to identify the so-called network nodes (brain areas involved in processing information). Several pre-processing steps are necessary to classify and separate components of the recorded magnetic or electric activity into signal of interest, noise and artefacts. For this we intend to use a combined deep convolutional neural network, which was recently introduced by our group [1]. In a second step, source localization is applied to reconstruct brain activity from neuromagnetic fields. Finally, deep learning algorithms will be applied to identify the network nodes which are involved in processing the information in the brain. In contrast to functional magnetic resonance imaging (fMRI), MEG recordings provide electrophysiological data from the brain within millisecond temporal resolution. Therefore, MEG is an ideal modality to investigate brain activity at much higher frequencies when compared to fMRI. The major focus of this project is twofold: 1) we will train a model to learn how the network in healthy controls look like and will investigate if the identified spatio-temporal maps can be used as biomarkers to classify neurological disorders, such as, Alzheimer's disease, depression or autism spectrum disorder (ASD) and 2) how the brain networks will differ in particular at higher frequency ranges (alpha, beta and gamma band) when compared to fMRI