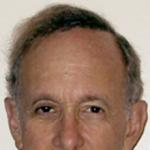 An engineer and physicist by training, Dr. Greene’s technical field of research is theory of electronic effects in metals. After a year spent in Peru on a Fulbright grant, he left academic life in 1974 to work on problems related to international aspects of science and technology. In 1976, he was appointed deputy director of the science and technology program of the Organization of American States, where he was active in technical information and science and technology policy issues and created a special program on oil spill protection. In 1981, he joined the National Research Council of the National Academy of Sciences to direct a new research grants program for developing countries.

In the early 1990s, Michael Greene served as resident director of an Academy-World Bank project in Indonesia on science and technology for industrial development. That was followed by a series of studies, some in collaboration with the World Bank, on the impact and utilization of science and technology, specifically on land use, diplomacy, and the automobile industry. He is author of the Knowledge Assessment methodology, which is currently being applied in Africa. He is currently director of the National Academies of Sciences, Engineering and Medicine’s Middle East program. He is married to Anne Greene and has two grown daughters and four grandkids.