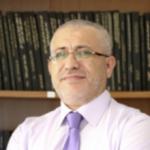 Prof. Shahwan was born in Jordan in 1968. He finished his high school in Palestine in 1986, and then joined Birzeit University as a student at the Faculty of Engineering. Following the closure of the university in early 1988, he joined the Middle East Technical University in Ankara, and received his first degree in Chemical Engineering with high honor in 1994. Then, he completed his M.S. and PhD degrees in Chemistry at Bilkent University in Ankara in 1997 and 2000, respectively. Subsequently, Shahwan worked for two years as a faculty member at Bilkent University. In 2002-2008, Shahwan worked at Izmir Institute of Technology, and was promoted to associate professor rank in 2006. He joined Birzeit University in 2008, and was promoted to a full professor rank in 2012. During the years 2013-2018, Prof. Shahwan was the Dean of Graduate Studies and Head of Scientific Research Committee at Birzeit University.
Prof. Shahwan has so far published 49 research papers in reputed international journals, and more than 30 abstracts in local and international conferences and symposia. He has conducted several research projects in Turkey and Palestine in collaboration with international researchers, and his research activities include adsorption of aqueous pollutants on natural and synthetic materials, morphosynthesis of carbonate minerals, and environmental applications of iron nanotechnology. His papers were cited more than 2500 times and the H-index of his publications is 26 (Google Scholar). Prof. Shahwan has supervised or co-supervised many MSc and PhD theses, and participated in organizing conferences, workshops and symposia locally and abroad. He is an active referee for many international periodicals. Prof. Shahwan has received a number of honors, scholarships and awards including the annual Parlar Award of Turkey in 2006. His teaching experience includes Physical Chemistry, Industial Chemistry, Environmental Chemistry, Surface Chemistry, and Chemical Nanotechnology.