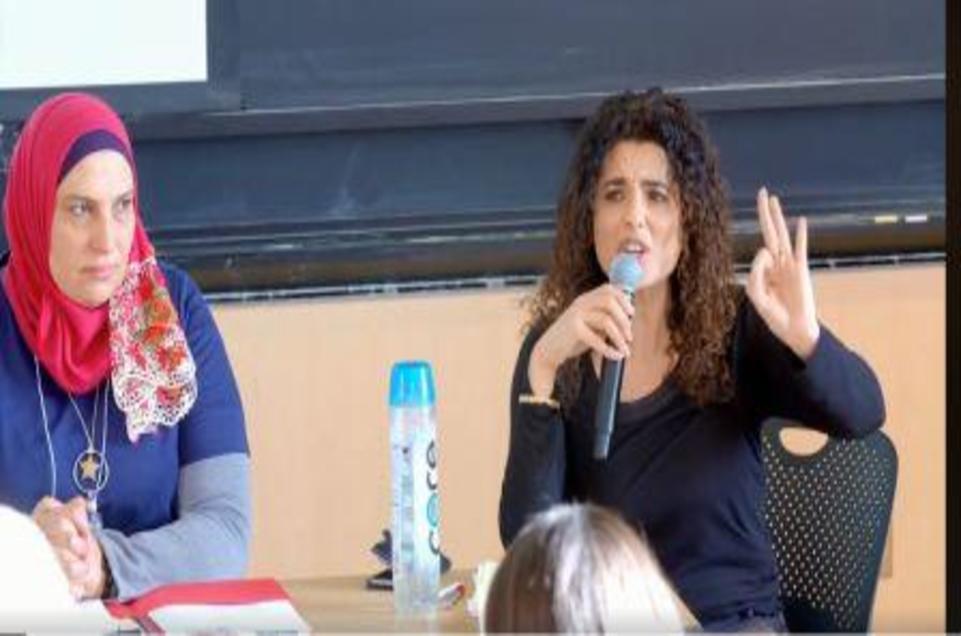 The Palestine Academy for Science and Technology (PALAST)  together with the Bisan Center for Research and Development and Al Aqsa University in Gaza, collaborated with “Scientists for Palestine (S4P)” organized the Third International Meeting for Science in Palestine which was hosted by the Massachusetts Institute of Technology (MIT) in Cambridge, USA 10th -12th  January, 2020 and co-sponsored by the Arab Astronomical Society (ArAs).

The meeting started by a three-hour public event on Friday, 10th where H. E. Professor Marwan Awartani, the president of the academy and a keynote speaker in the event addressed the audience with a message from Palestine to highlight the challenges that Palestinian scientists face due to the prolonged Israeli Occupation and present success stories of scientific collaboration in building Science Bridges with International partners .“… We have also pursued the establishment of science bridges between Palestine and other countries: Germany, Canada, Czech, France, and Russia. These bridges have created opportunities for student and faculty mobility and exchange, collaborative research and more…” . Professor Awartani encouraged his fellow scientists in the MIT to support science in Palestine “…It is our sincere hope that your deliberations will come up with innovative ways to build  a science bridge between Palestine and fellow scientists in the United States of America…”

A public lecture titled “Opening a new window to the Universe” was delivered by the distinguished MIT astrophysicist Nergis Mvalvala  where she talked about the recent observation of gravitational waves and the LIGO experiment, closing her lecture by encouraging her fellow scientists to open new windows to support science in Palestine!

The sessions in the second day of the meeting, Saturday 11th focused on ways to counteract the  impact of the Israeli occupation on Palestinian science where a delegation of nine Palestinian scientists who are members in the academy and working in various scientific disciplines participated in person in these sessions: Rana Samara from the Palestine Technical University (Kadoori), Mohammed Al-Adam  from the Palestine Polytechnic University, Yousef  Najjajreh from Al-Quds University, Sami Al-Jaber and Ahmed Bassalat from An-Najah National University, Reham Nazal from the Arab American University Palestine, Wafaa Khater and Mustafa Jarrar from Birzeit University and Mazen Qumsiyeh  from Bethlehem University. The delegation presented some of the challenges imposed on their work and showcased examples of ways to maneuver such challenges in order to succeed and foster science, technology and innovation in Palestine!  The human rights attorney Lamis Deek, explained the impact of Israeli occupation on the life of Palestinians and how it violates international laws and conventions.

In the last day of the meeting, Saber Elaydi  from Trinity University, promoted the Palestinian Conference on Modern Trends in Mathematics and Physics (PCMTMP) and  encouraged his fellow physicists and mathematicians to participate in the  seventh version on the conference that will take place in Birzeit University  in August 7-9 this year.

Very Valuable lectures and discussions during the MIT Meeting:

For more information, visit the official page for the Third International Meeting for Science in Palestine 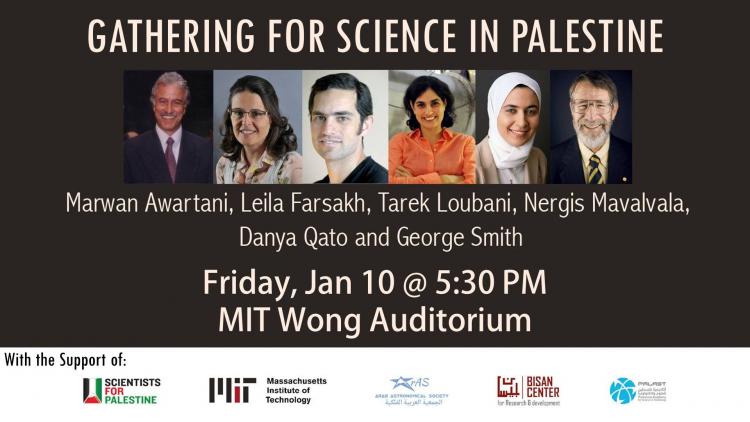 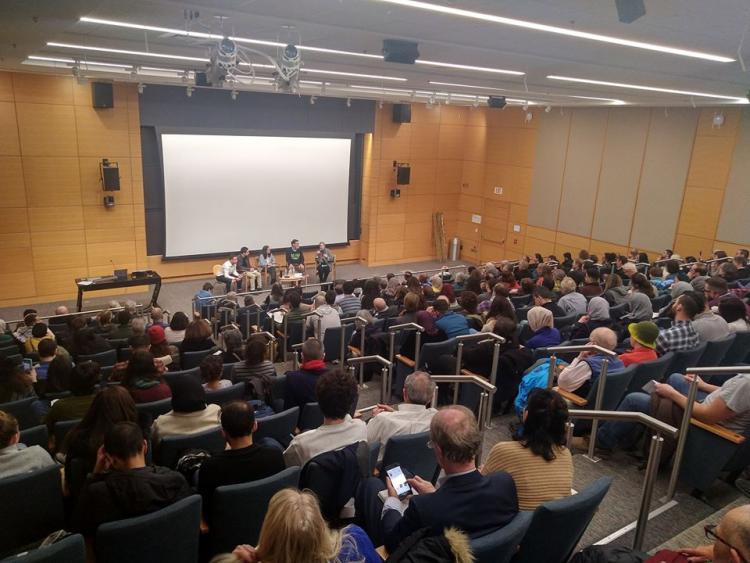 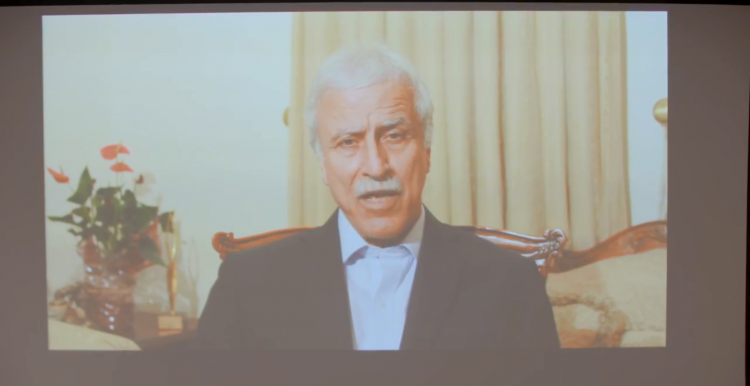 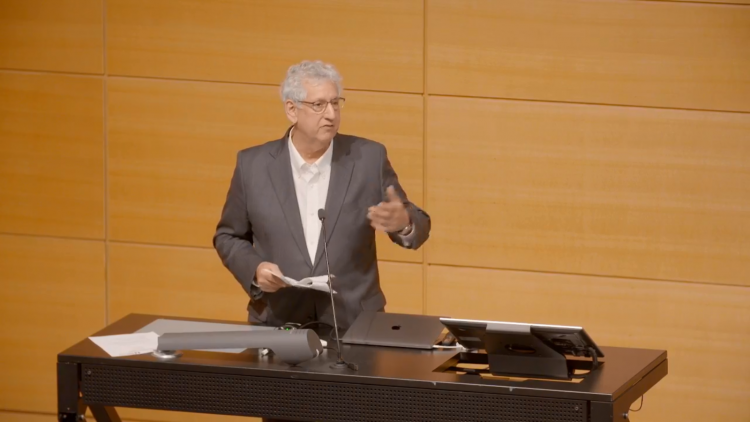 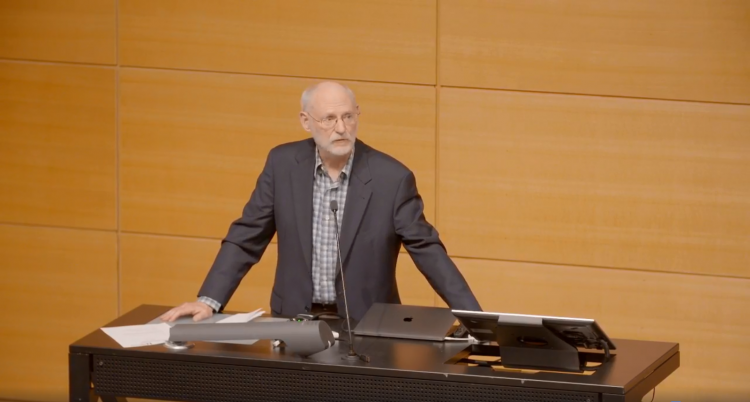 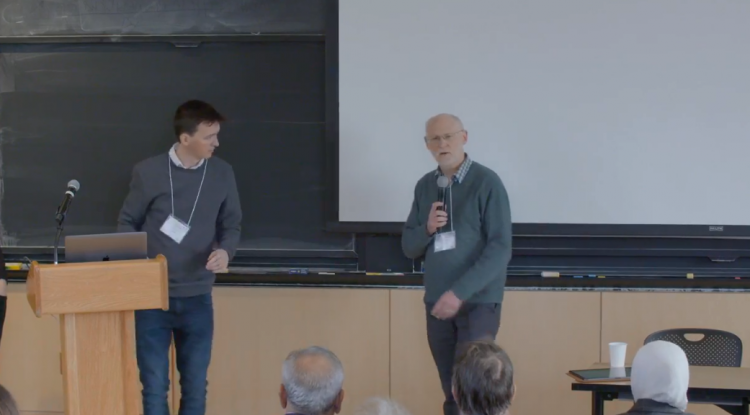 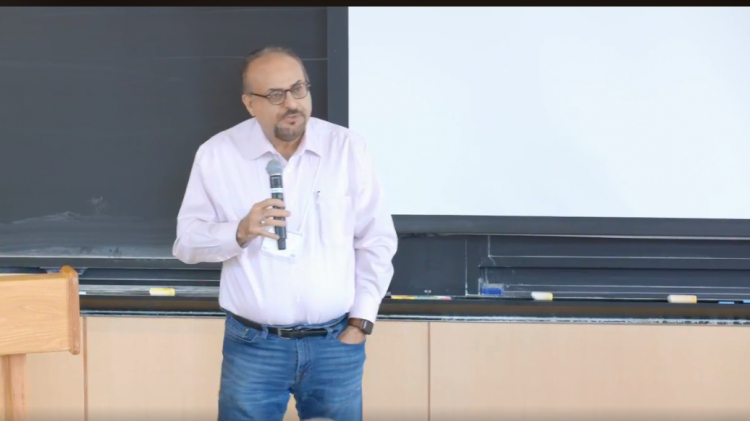 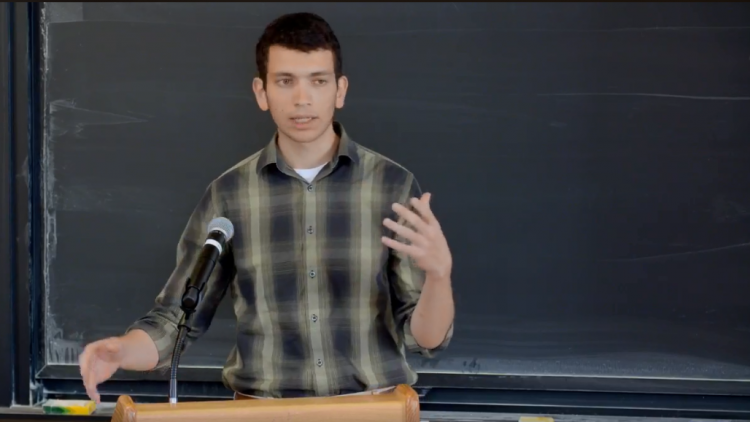 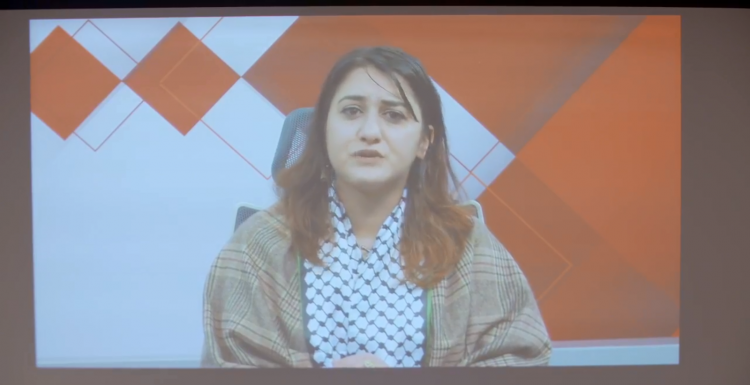 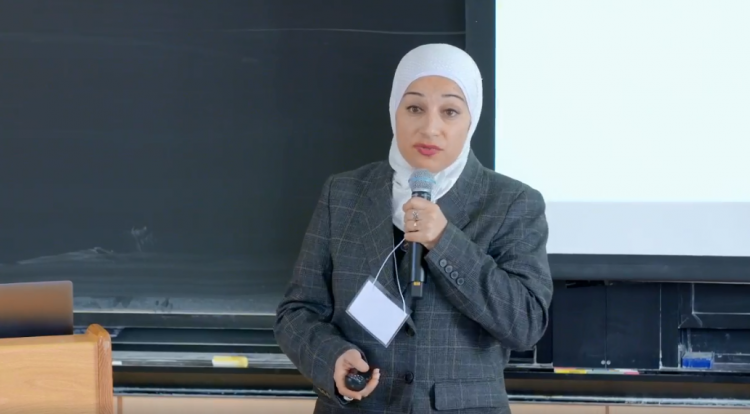 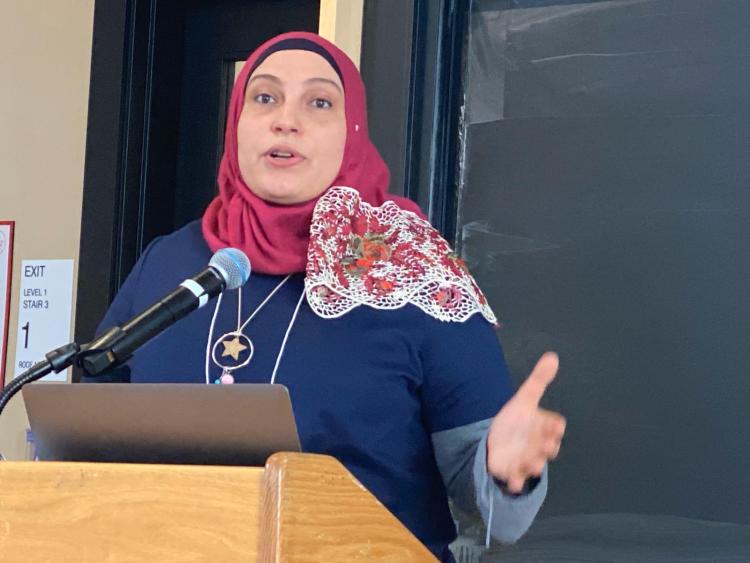 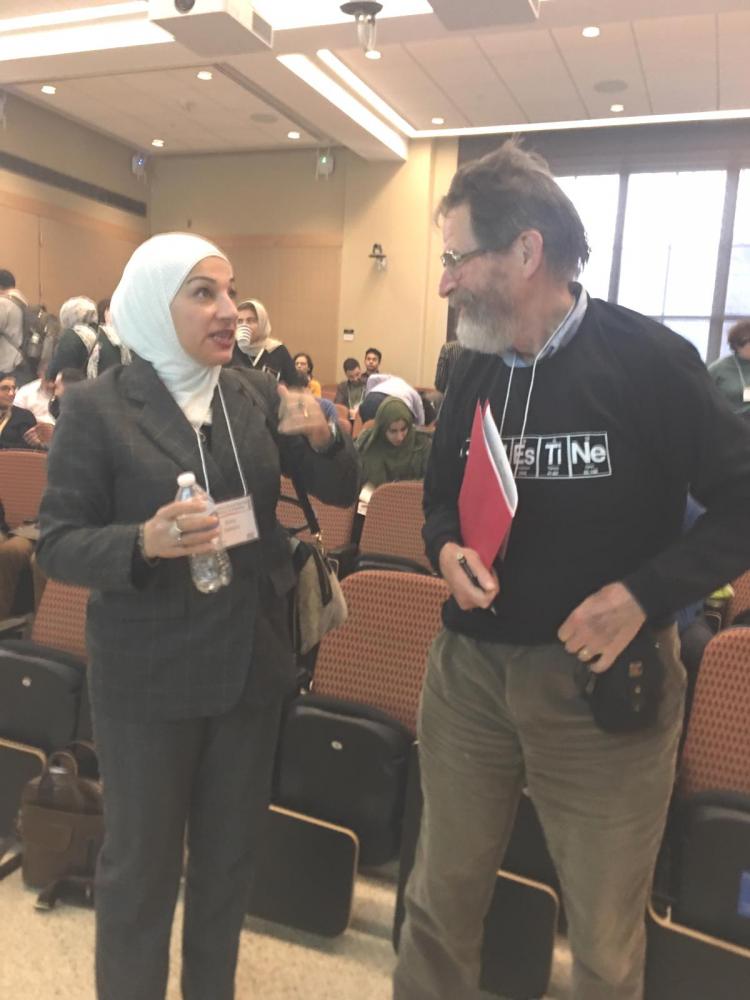 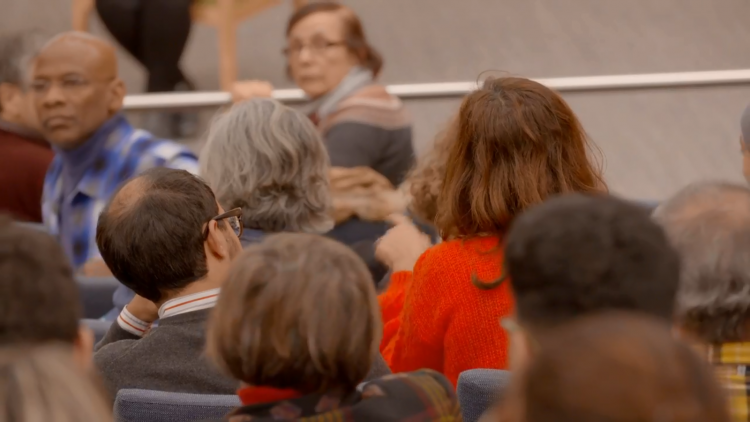 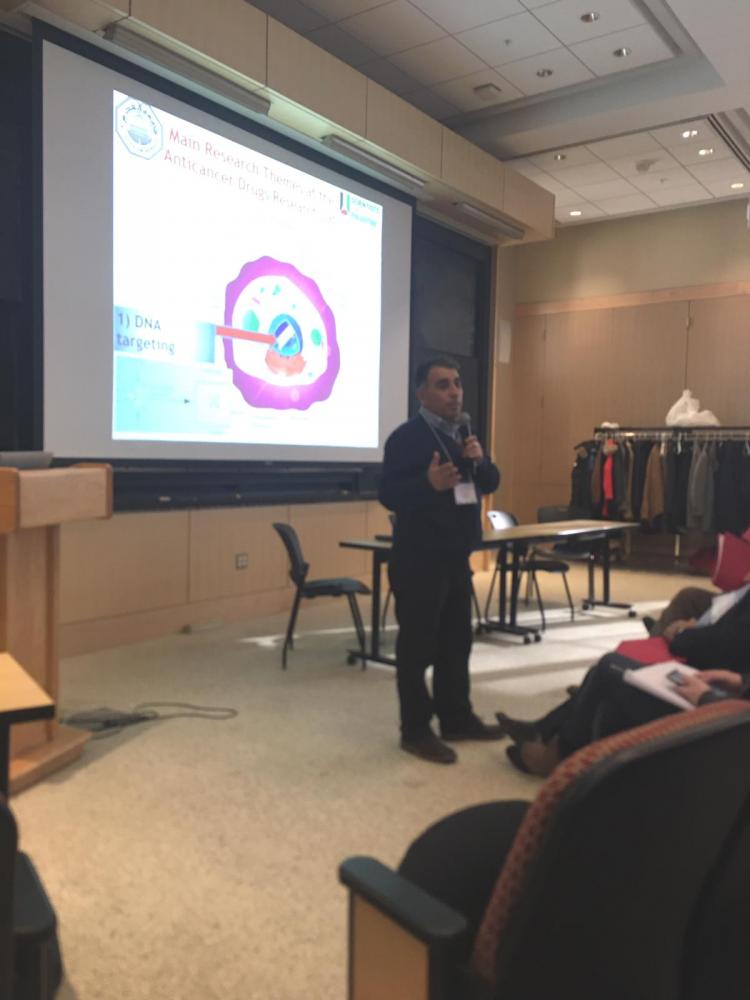 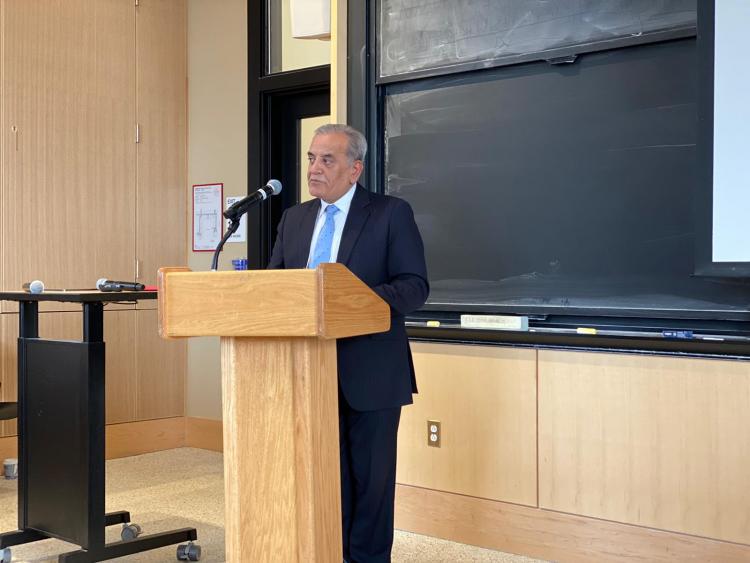 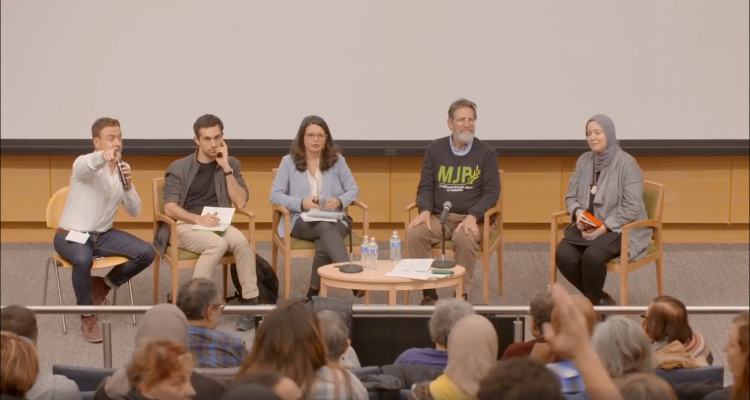 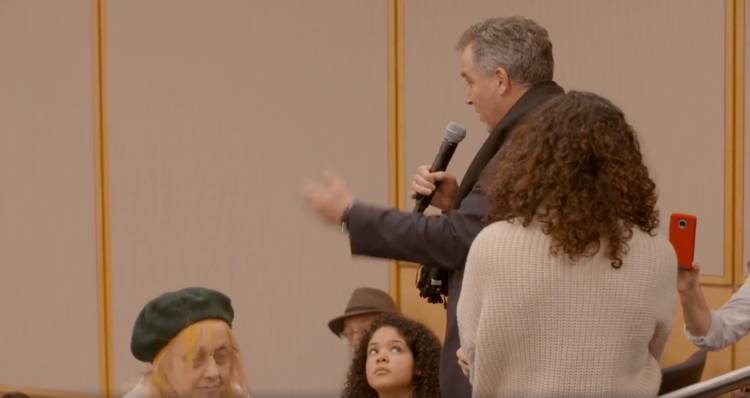 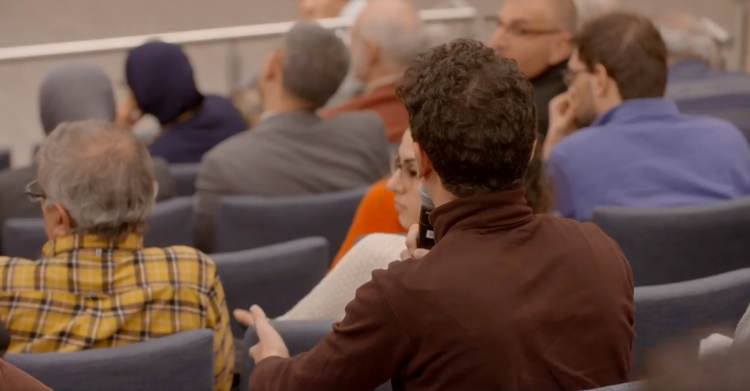 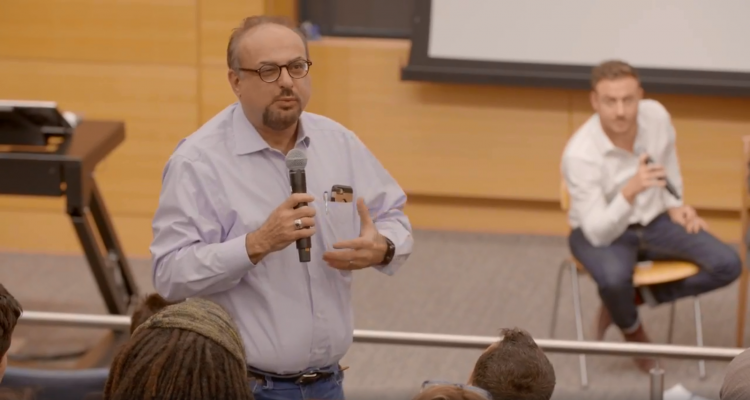 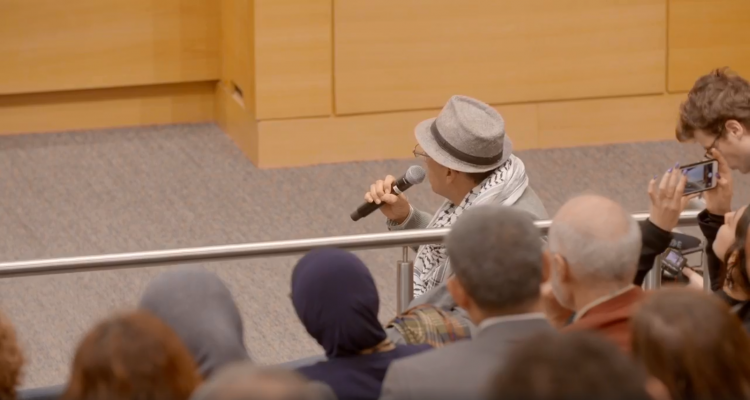 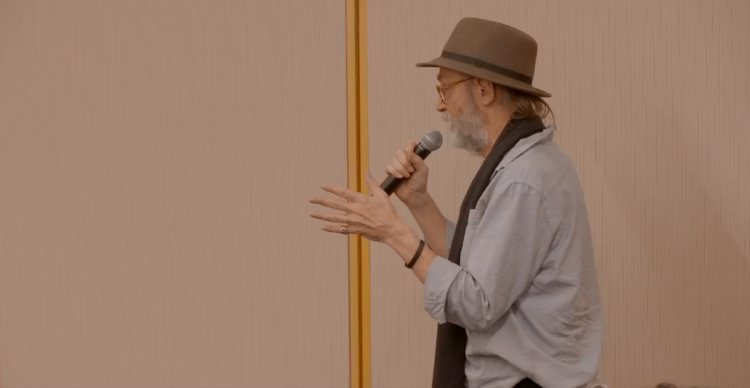 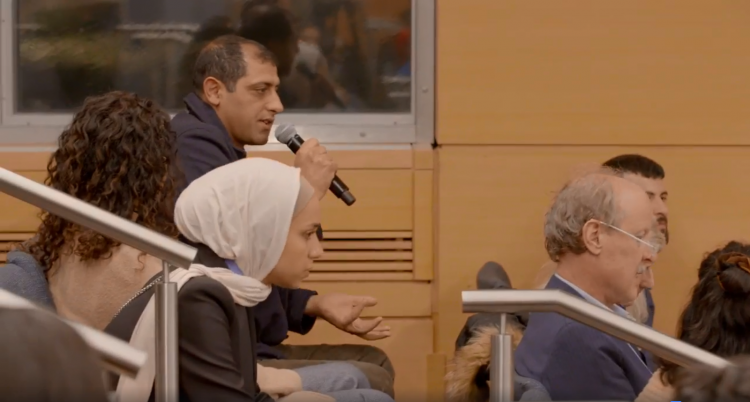 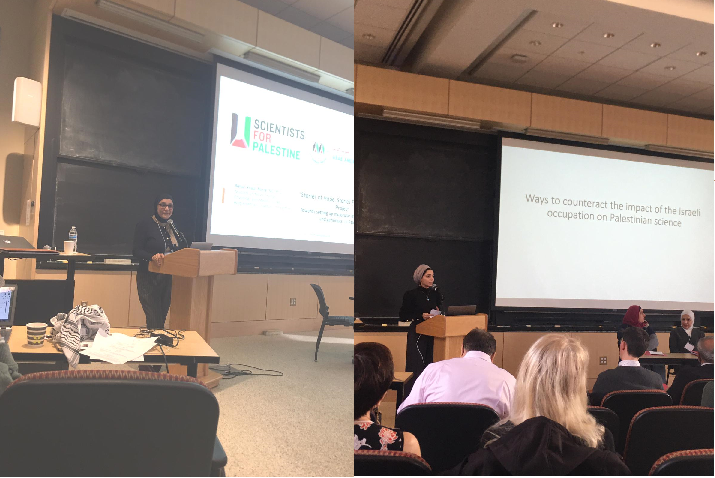 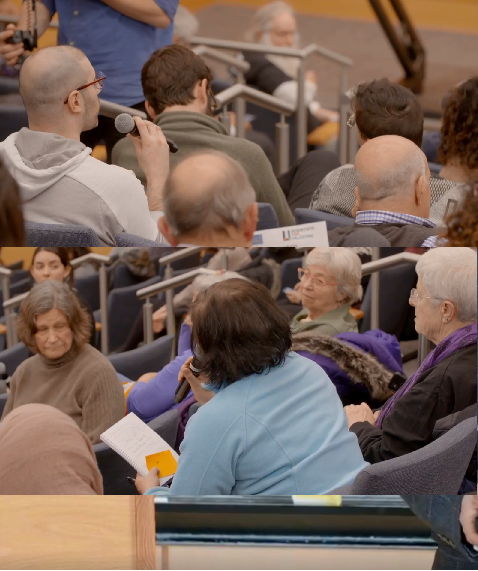 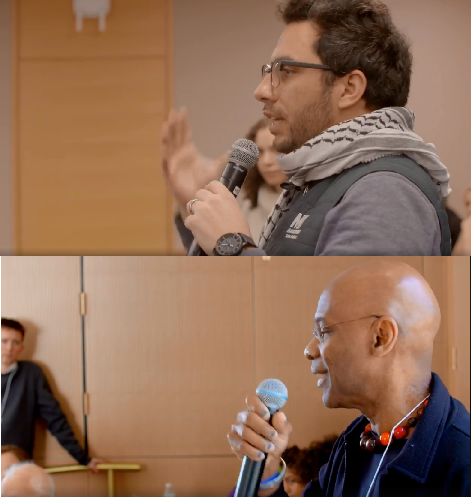 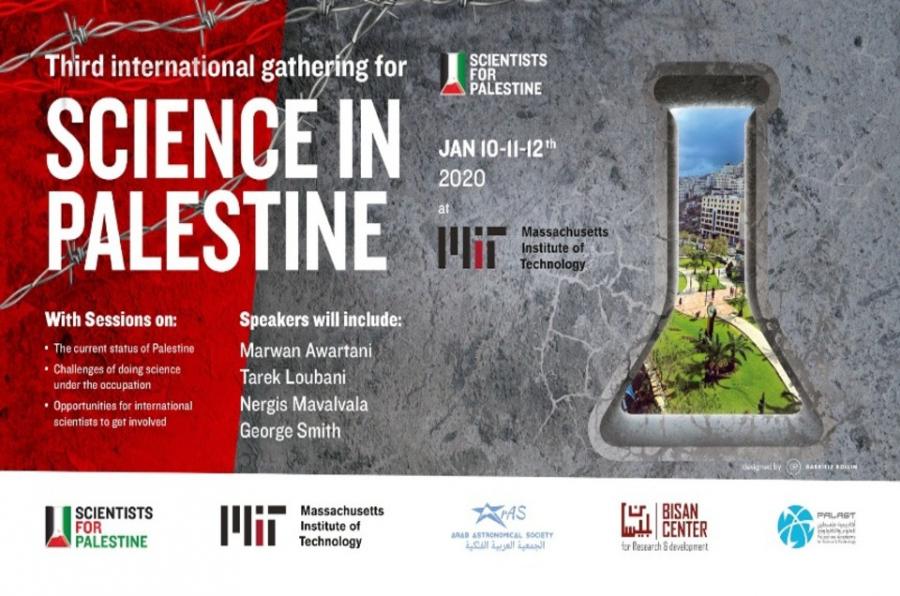 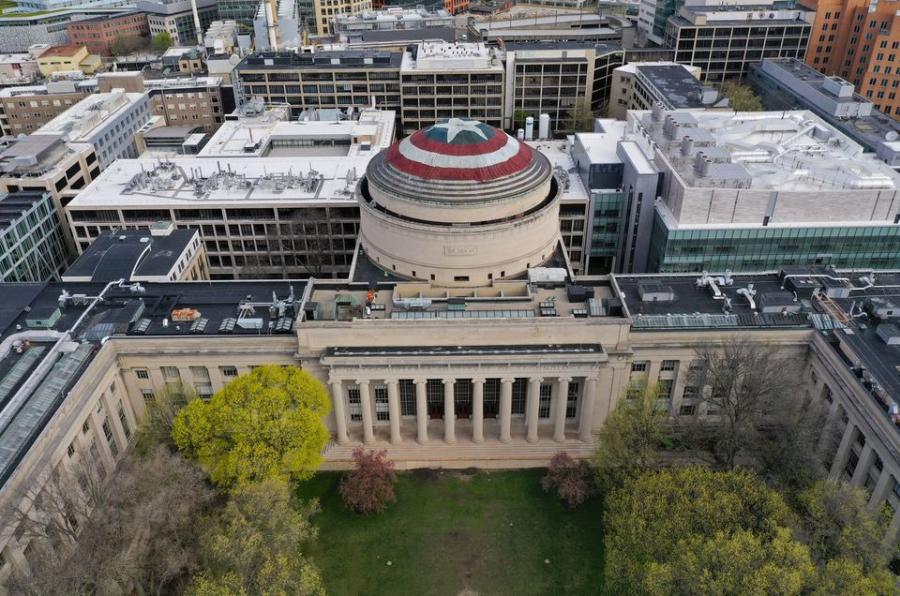 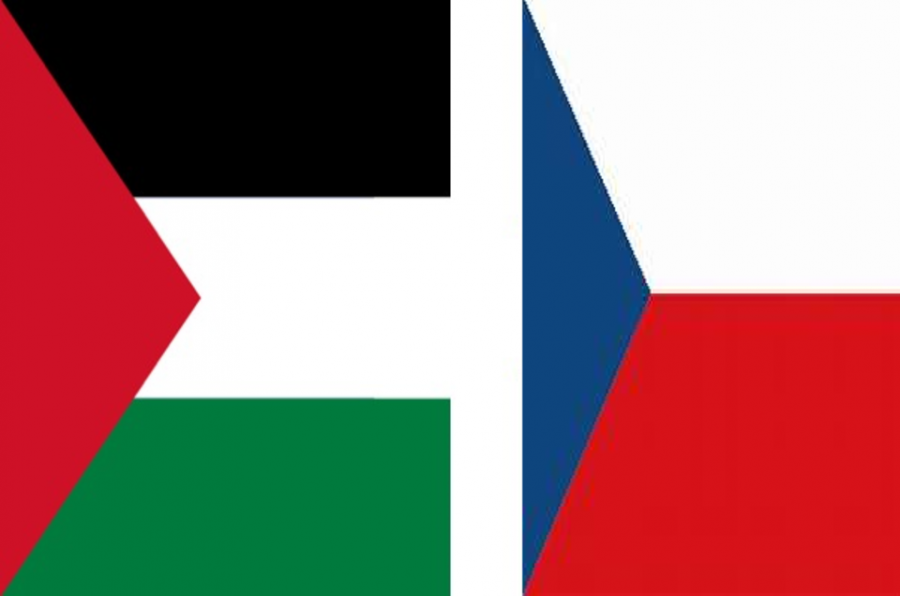 Palestine Academy for Science and Technology (PALAST) and the Czech Academy of Sciences (CAS) have an intention to sign an MOU in the coming future in the context of the previous visit of Dr. Marek Hrubec /CAS… 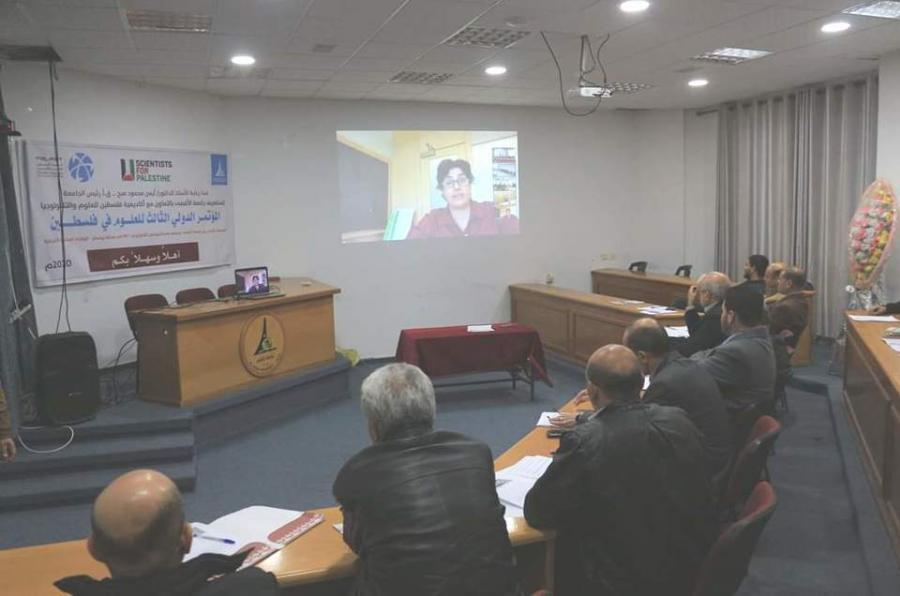 The Palestine Academy for Science and Technology, in coordination with Bisan Center for Research and Development and Al Aqsa University in Gaza, organized a Satellite events in parallel to the Third…