Academy Seminar by Dr. Fathi Hassan from Germany on the Topic: “transgenic approaches to overcome biotic and abiotic stresses in grain legumes”

Academy Seminar by Dr. Fathi Hassan from Germany on the Topic: “transgenic approaches to overcome biotic and abiotic stresses in grain legumes” 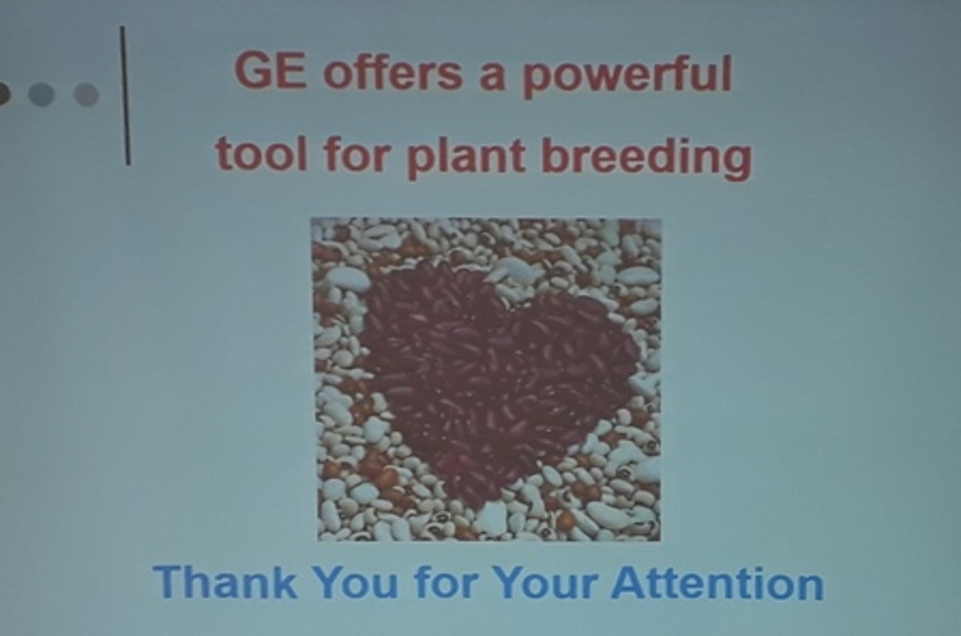 The Academy and the Palestinian Plant Production and Protection Society (PPPPS), in cooperation with the National Agriculture Research Center (NARC) at the Ministry of Agriculture, Palestine Technical University Kadorrie, and Al Quds Open University, with sponsorship of  Friedrich Naumann Foundation, Jerusalem (FNF), hosted a scientific symposium on “transgenic approaches to overcome biotic and abiotic stresses in grain legumes”, presented by Dr. Fathi Hassan from Giessen University in Germany.

Where Dr. Hassan talked about the importance of grain legumes as stable food and feed due to its high protein content since it is considered as "poor man's meat" in many developing countries. Legumes faces different biotic and abiotic constrains leading to hug loose in product. To overcome these constrains different strategies should be followed from traditional breeding, agrochemicals, certified seeds to biotechnology which offers tools to overcome the barriers, incompatibility and widen the access to different gene pools. Biotechnology has the power to transfer any gene from any source to target plant. Dr. Hassan, talked about Agrobacterium-mediated transformation using pGreen binary vector which used for transformation, bar gene coding for herbicide resistance was used as selectable marker.

The presentation focused on fungi resistance in pea through transformation of different antifungal genes from different sources such as chitinase gene from Streptomyces, Vst gene from grape, PGIP gene from raspberry and glucanase from barley, as well as gene pyramiding to combine these genes in one line to increase the synergistic effect of the combined genes. Dr. Hassan presented different methods of molecular characterization at DNA, RNA, protein and functional tests to confirm the integration, transcription and expression of these genes in the progeny of the transgenic plants. The group of Dr. Hassan didn't find any negative effect on mycorrhiza as symbiotic fungi. Another topic was insect resistance, since field and storage insects cause a huge lose in crops. Cry gene from Bacillus thuringiensis was transformed to pea and showed resistance to tobacco budworm using feeding test. To overcome viruses, NIa (Nuclear Inclusion protease a) gene from pulm pox virus was introduced into potato and showed resistance to PVYNTN.

Then as a method to enhance the tolerance to drought and salt, PR10 gene from potato was transformed into faba bean, transgenic plants not only could survive the drought for three weeks and 200 mM NaCl but they could recover and produced seeds whereas control plants could not.

As conclusion, all methods and strategies should be implemented to improve the production of crops and reduce to losses due to different stresses. 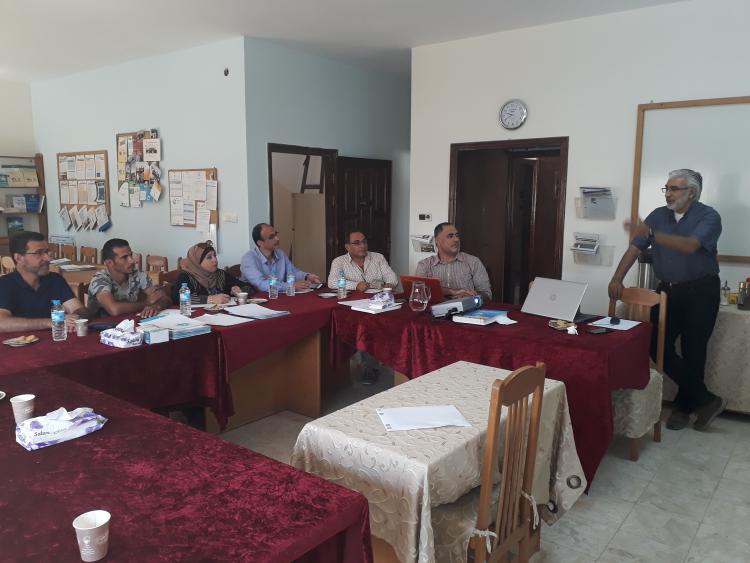 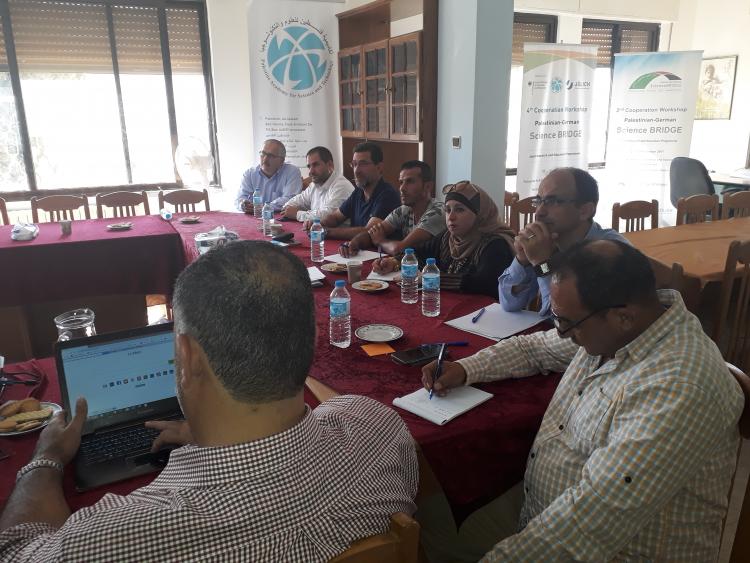 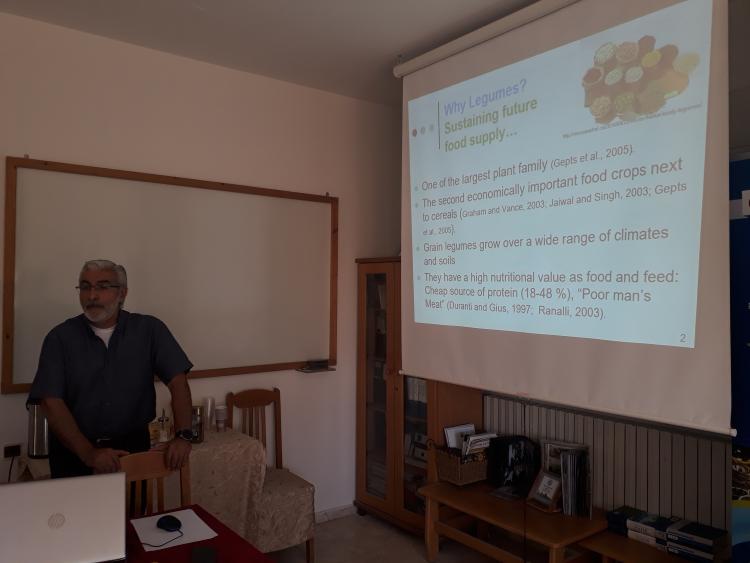 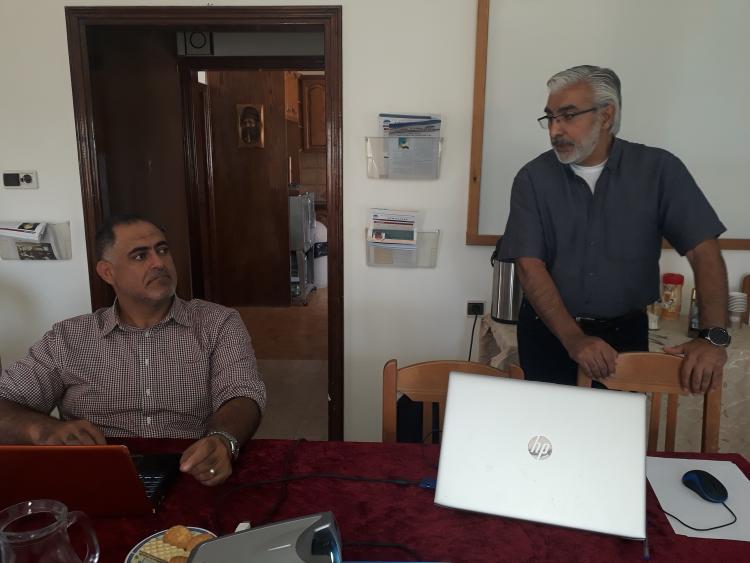 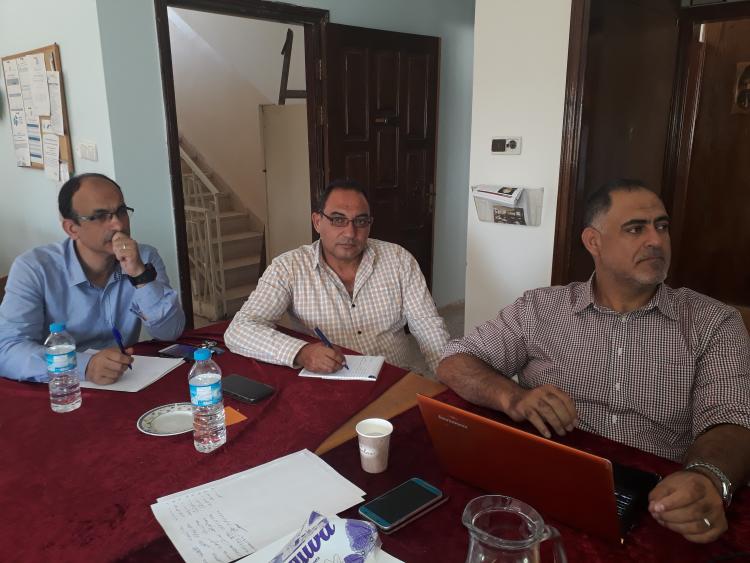 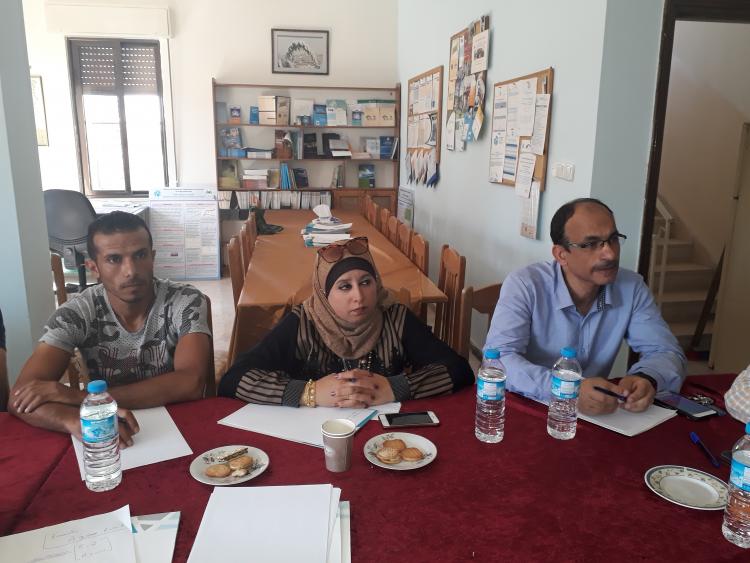 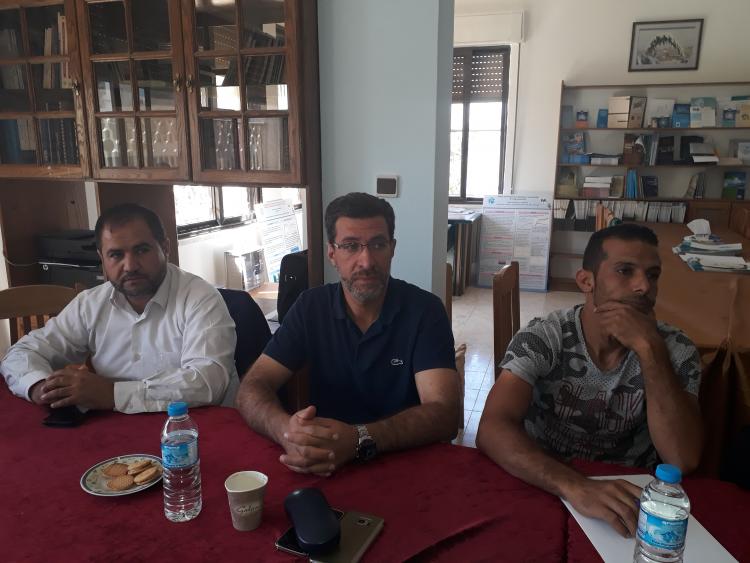 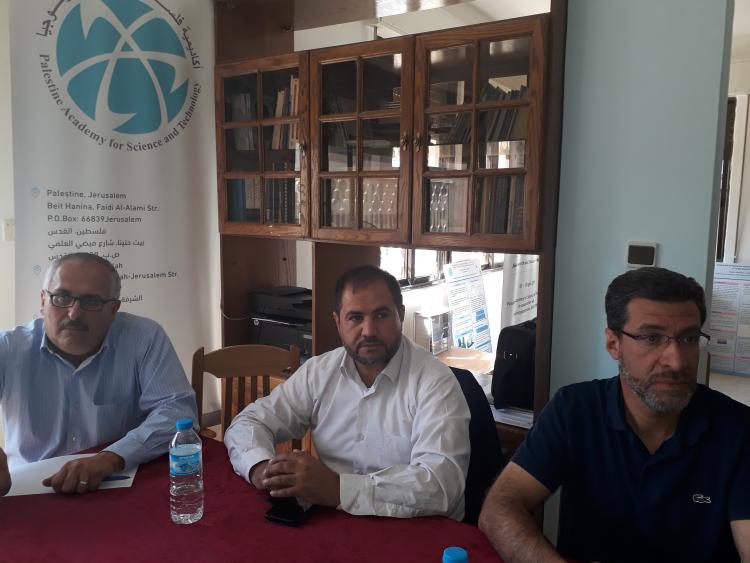 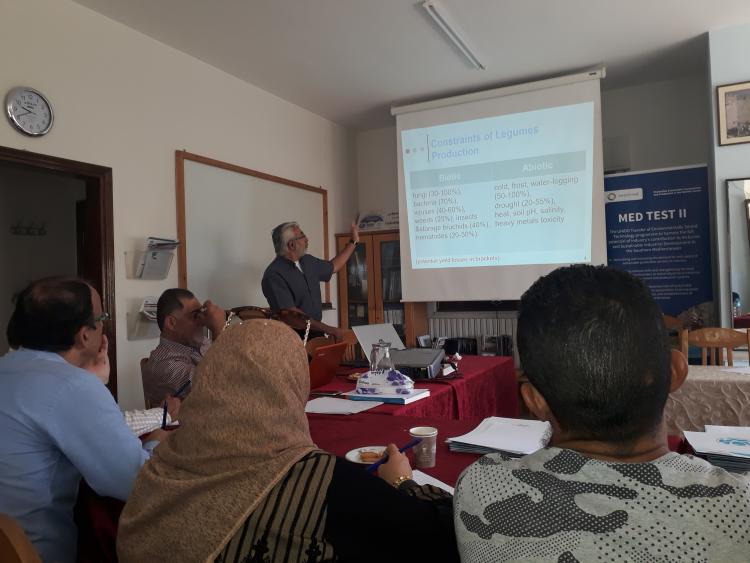 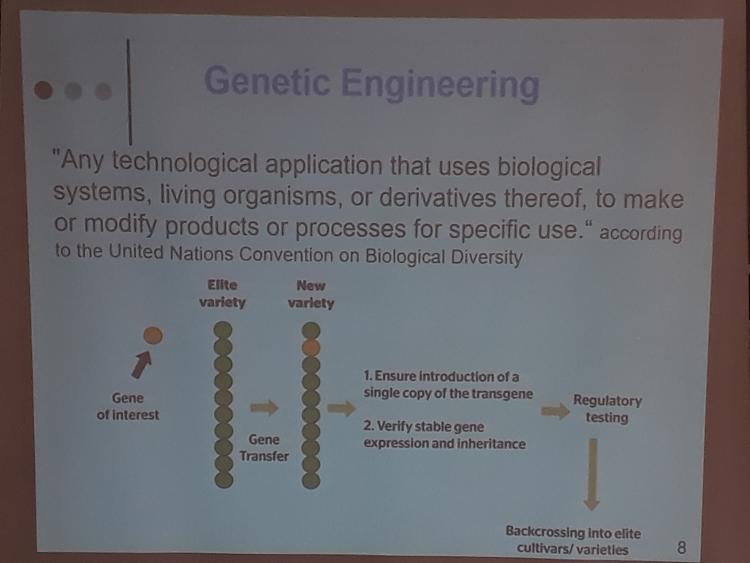 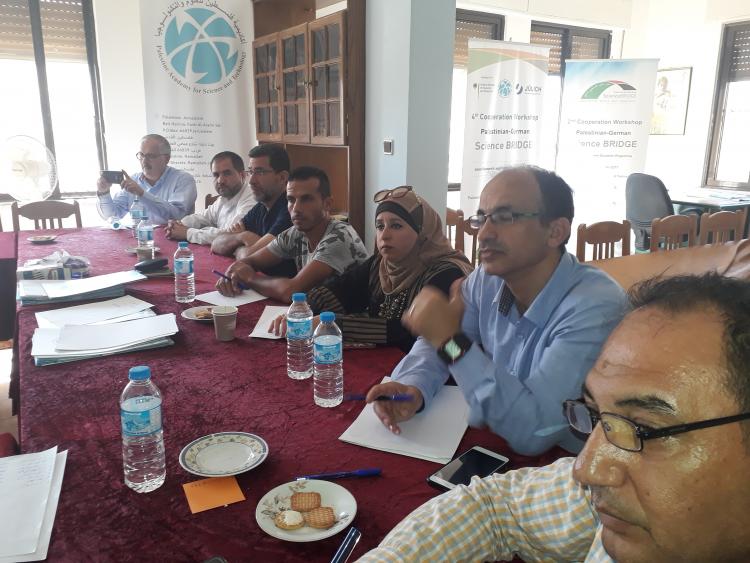 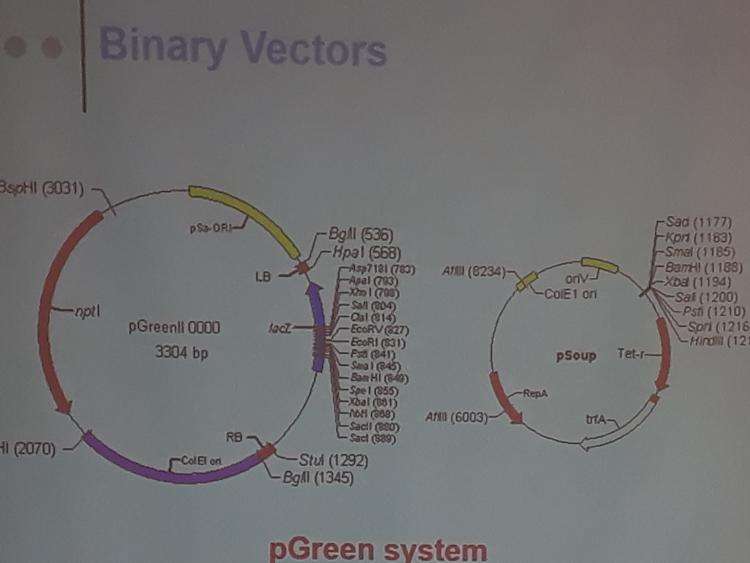 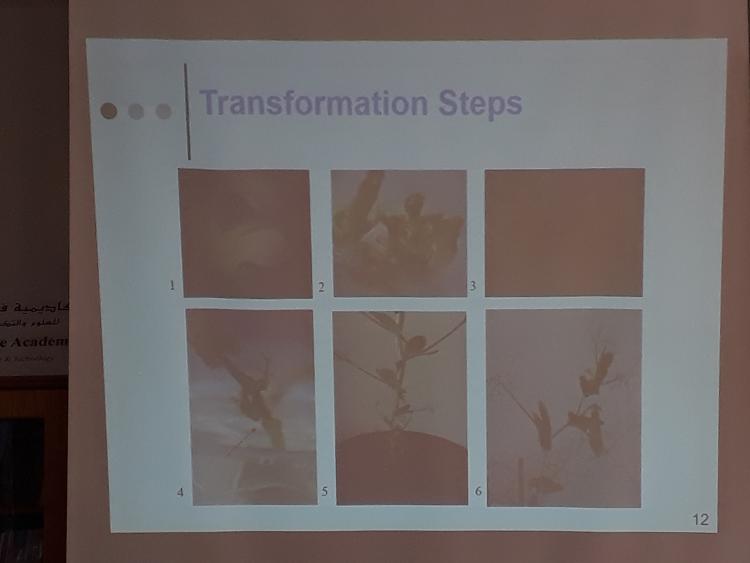 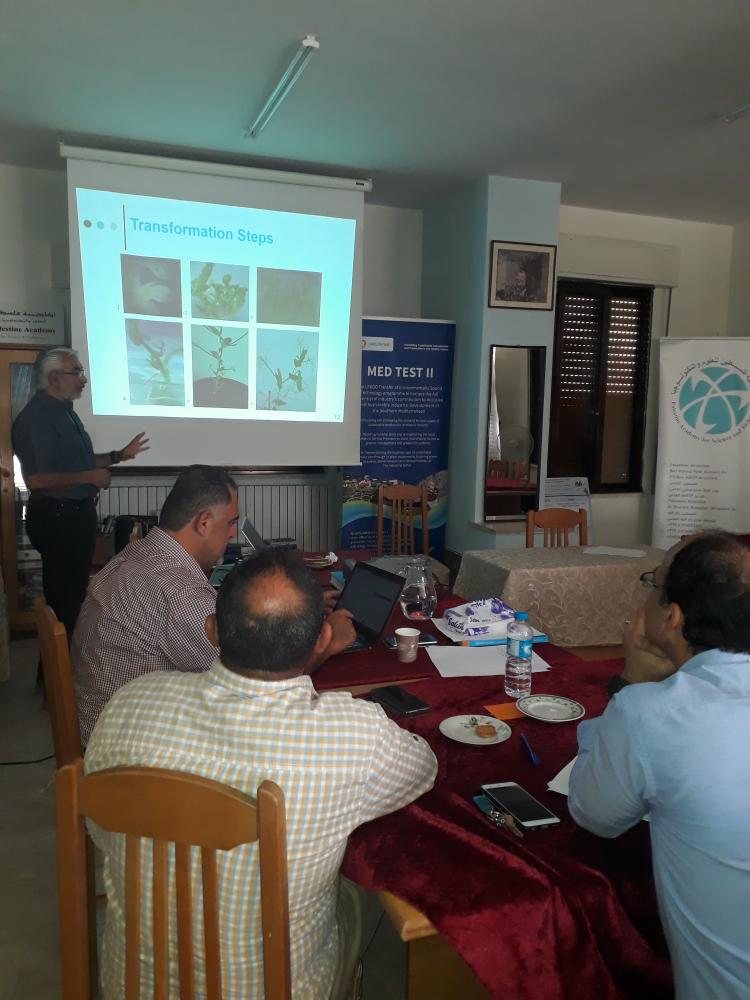 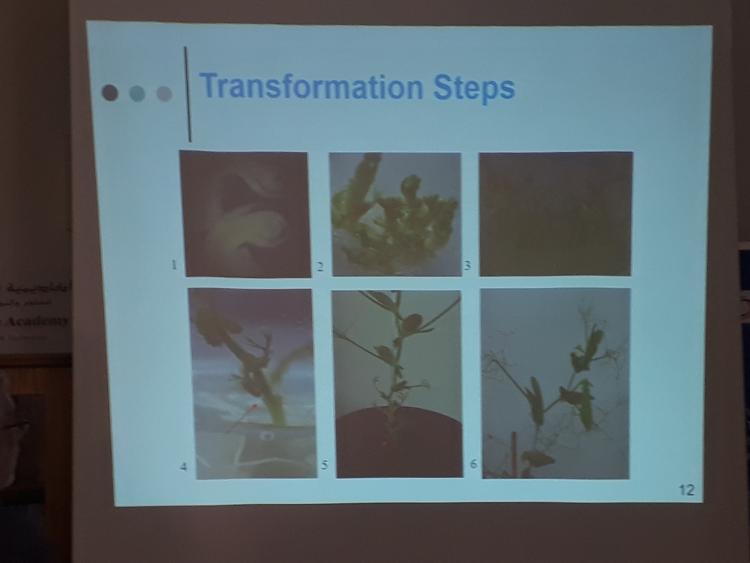 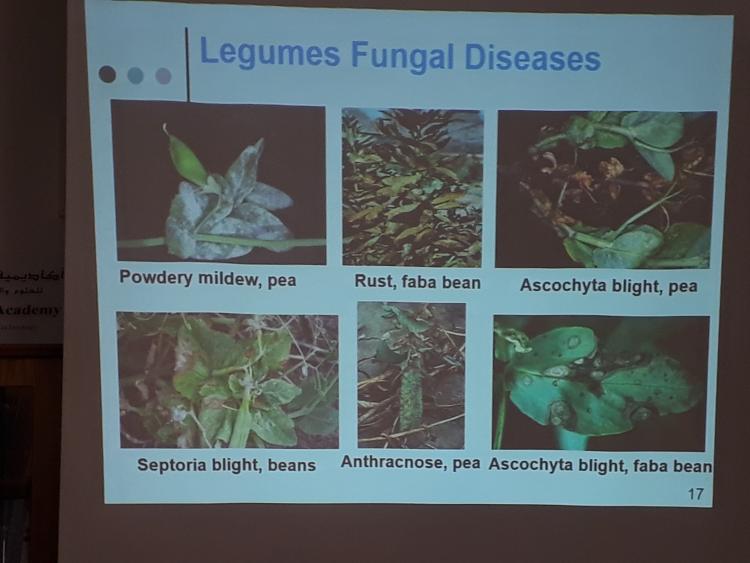 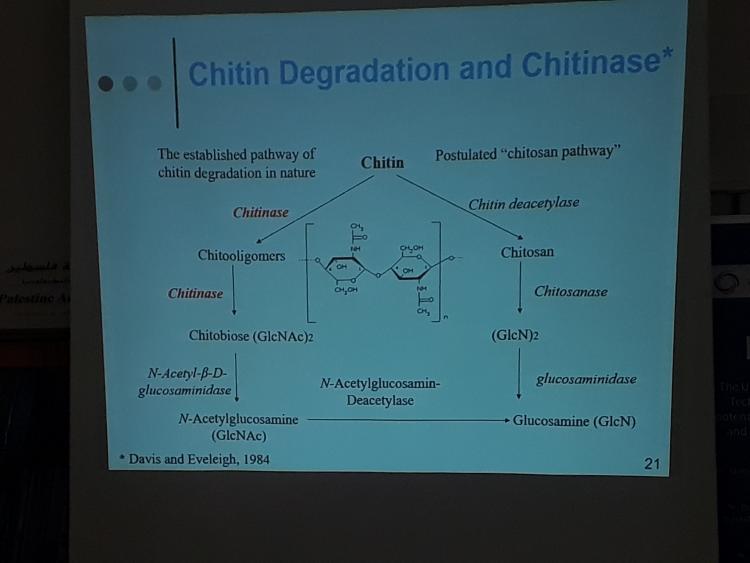 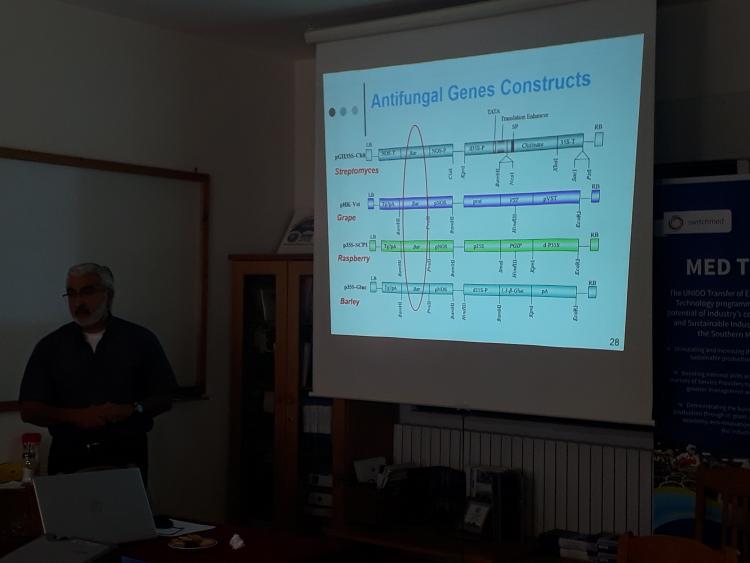 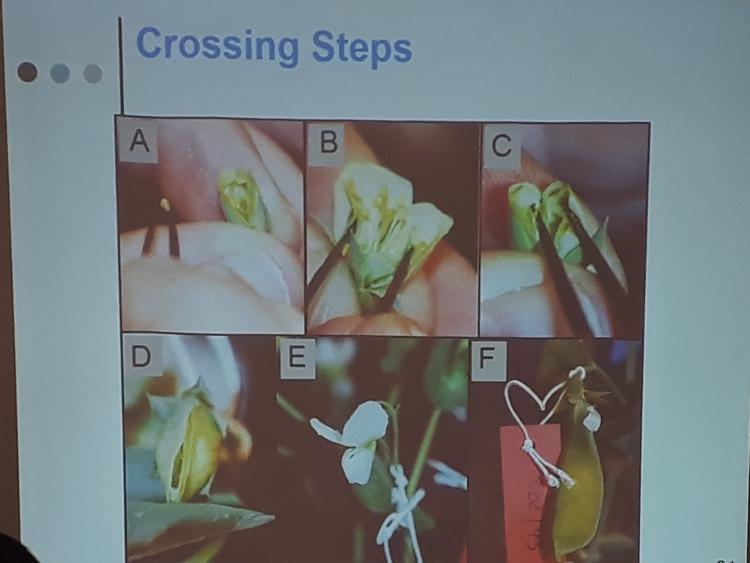 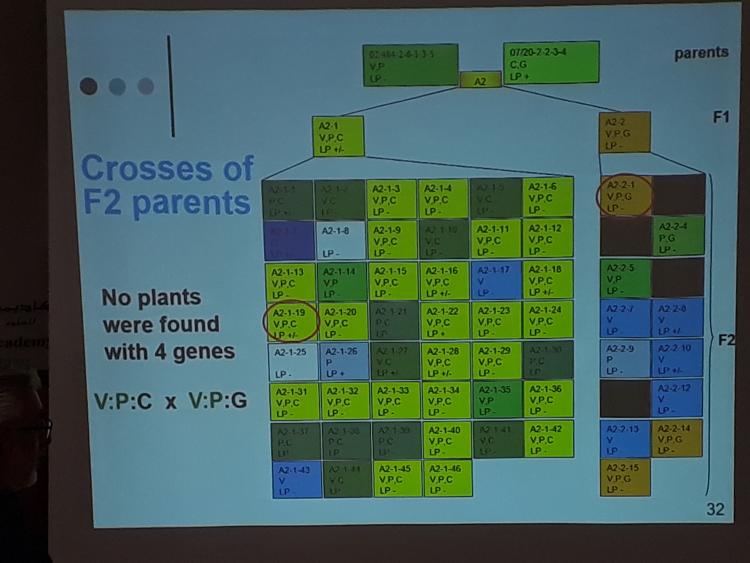 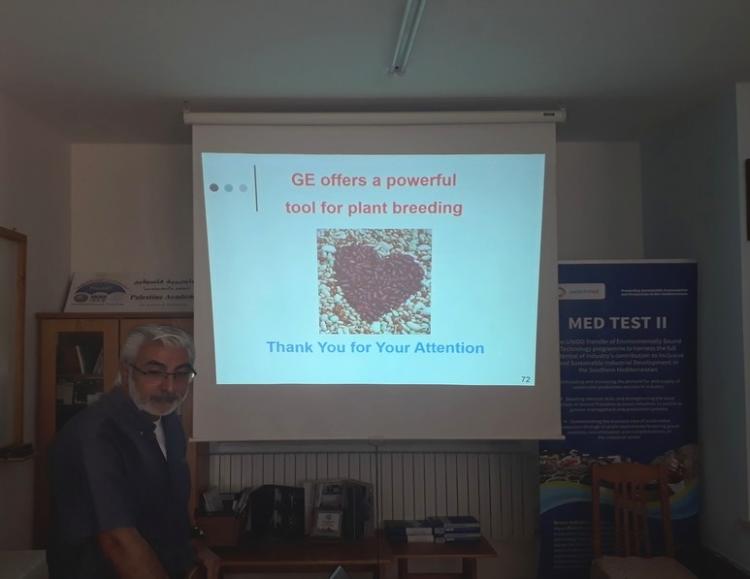 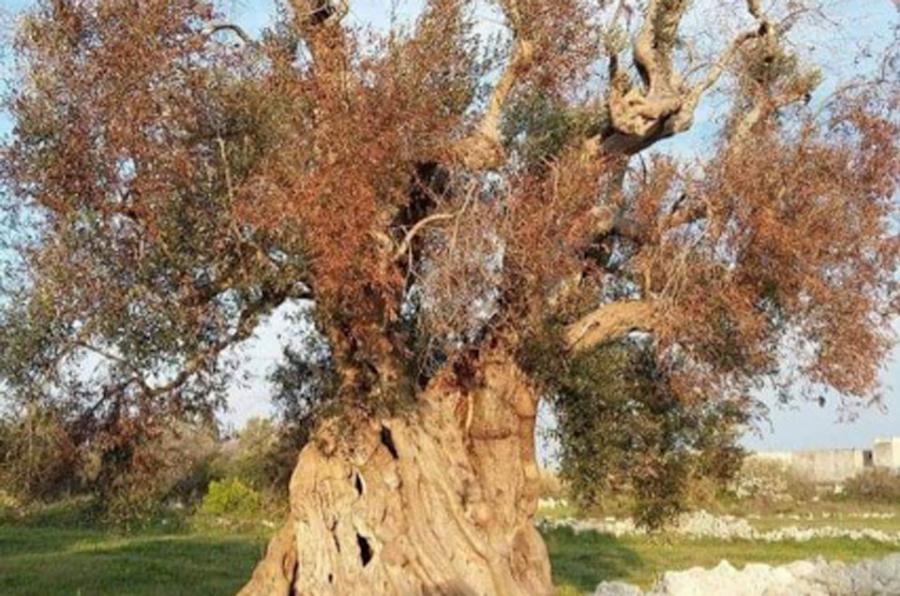 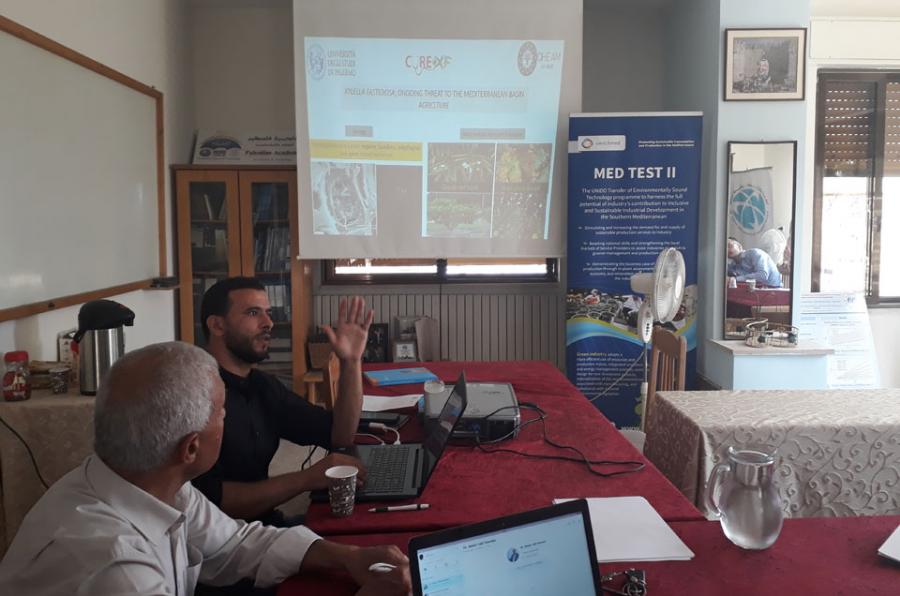 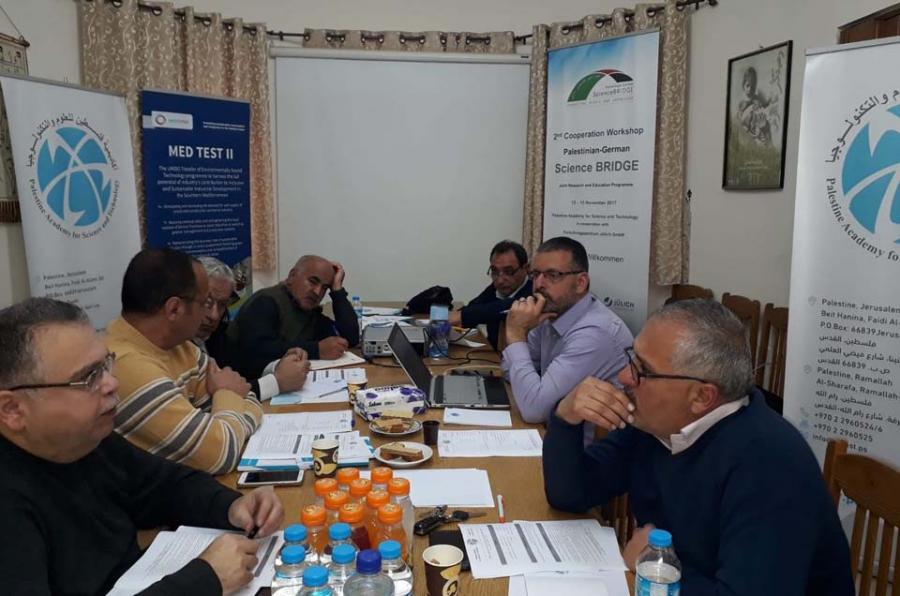 The Founding Council (FC) for the Plant Production and Protection Society held its first two meetings at the Academy office in Ramallah, to discuss the legal status, formulation and objectives of the Society…