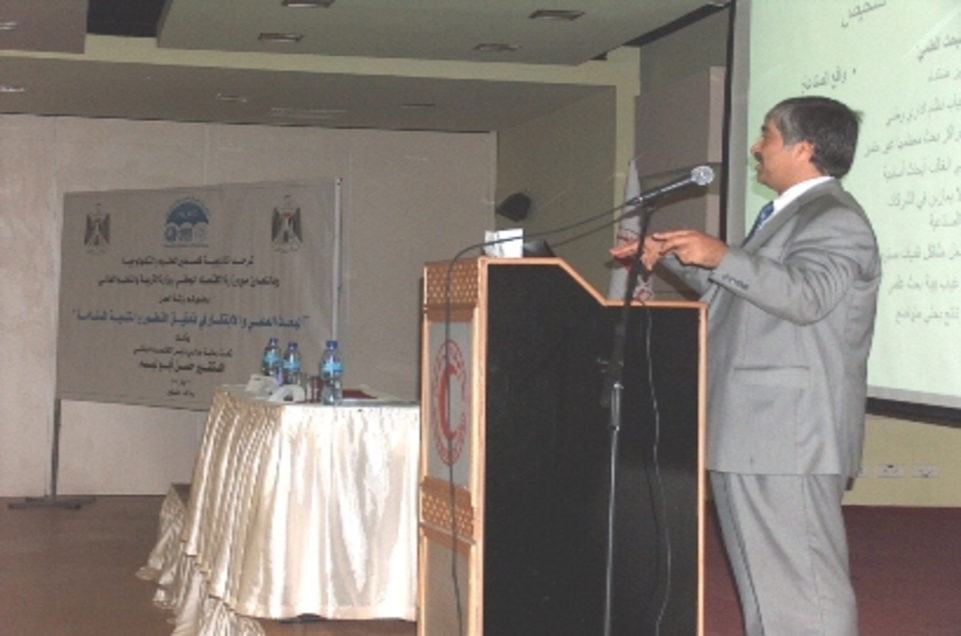 Under the auspices of His Excellency; Minister of National Economy, Dr. Hassan Abu Libdeh, Palestine Academy for Science and Technology, in collaboration with the Ministries of National Economy, Education and Higher Education, held and organized a workshop entitled “Scientific research and innovation in achieving sustainable development” on 16 May 2010 at the headquarters of the Palestinian Red Crescent Society in Al-Bireh.

The workshop was inaugurated by His Excellency the Minister where he stressed on the need to link between scientific research, which does derive from tools to increase revenues and improve the competitiveness of economic institutions, especially at this stage that we need to add value to Palestinian production.

The minister added that there is also a need at this stage for meetings to be coordinated between ministries, research centers and development to get out with mechanics for cooperation and joint action to develop the Palestinian economy in particular as we seek to free our economy from the dependence on the Israel economy. He approximated that 95% of our needs, which is estimated at more than 3 billion dollars annually are depended on Israeli products. The ministry of Economy will start a campaign by thousands of volunteers to increase boycotting Israeli products of settlements which are more than 250 items.
Dr. Fahoum shalabi from the Ministry of Education and Higher Education, stressed on the need to find a relationship between the Palestinian universities and institutions of the national economy and stated that cooperation, currently between the latter does not live up to the expectation of both.

Dr. Imad Khatib, PALAST Secretary General, stressed on the need for integration and creates a common benefit of all sectors in order to benefit the economy and welfare of the society as we are facing challenges that require us to unite and to cooperate together. Al-Khatib noted the two initiatives taken by PALAST; the establishment of the Observatory for Science, Technology and Innovation and reactivation of the National Science Fund, where Mr. Fae’q Hussein discussed in the second session of the workshop discussing the role of PALAST in the promotion of scientific research and innovation, taking into consideration that these initiatives were submitted to the Council of Ministers.

The first session headed by Mr. Ziad Karablieh from the MoE, Mr. Aziz Alasa and Miss Nesreen Taher discussed the role of scientific research in the development of the Palestinian industrial sector and its relationship with scientific research centers.

Dr. Ayman Al Haj Daoud displayed the results of a study measuring the national innovation in the Palestinian industries (innovation in products, procedures, marketing and organizational innovation in institutions and companies in Palestine).This study was done with cooperation of Prof. Bassiakos and Miss Lena Tsipouri in the context of the EU MIRA project.

As a representative of the Palestinian Federation of Industries Eng. Ayman Subaih discussed the cooperation between scientific research centers and industries to promote and support scientific research and innovation in the Palestinian industrial sectors. Dr. Awad Abu Alia from the Federation of Pharmaceutical Industries spoke about innovation and creativity in the pharmaceutical sector.

The second session headed by Dr. Fahoum Chalabi, Dr.Suleiman Khalil from AlNajah National University discussed how research centers in the Palestinian universities may support scientific research and relate it to national innovation.

Dr. Maher Jabari, Manager of the Industrial Synergy Center at PPU presented successful Palestinian experience in the direction of the role of research and innovation in achieving sustainable development.

The workshop attended by more than 60 interested and competent institutions, Ministries of Education and Federation of Industries, medicines, and representatives of the deans of scientific research was concluded by discussion and recommendations were noted that will be discussed between the responsible authorities concerned. 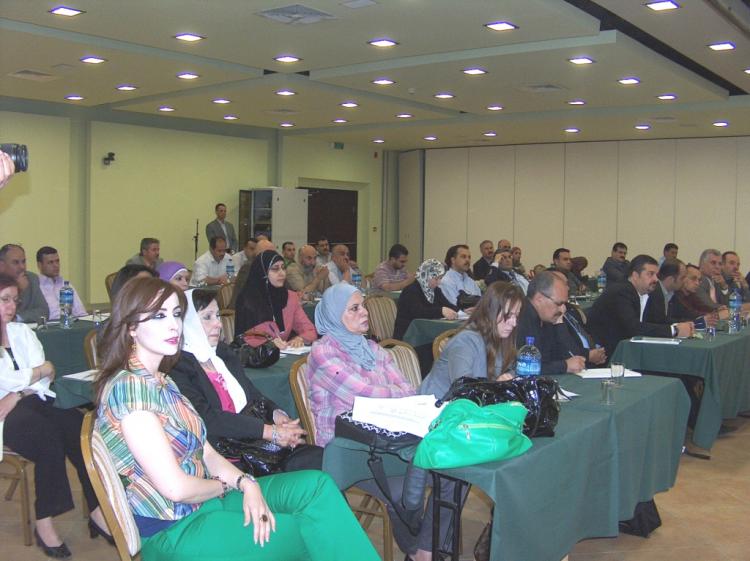 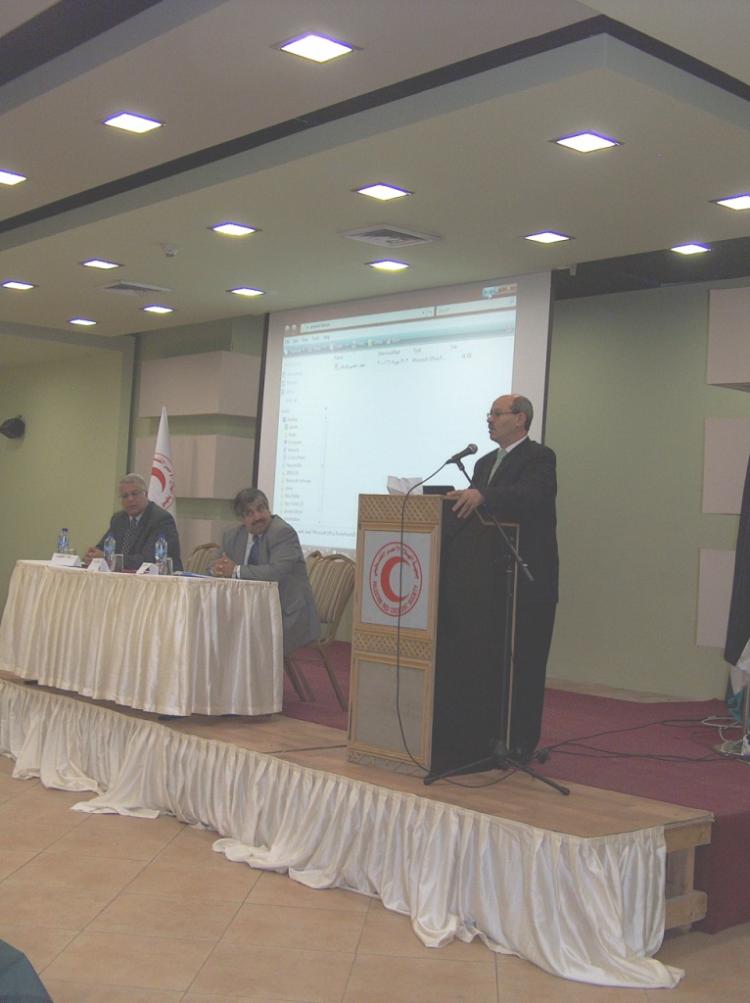 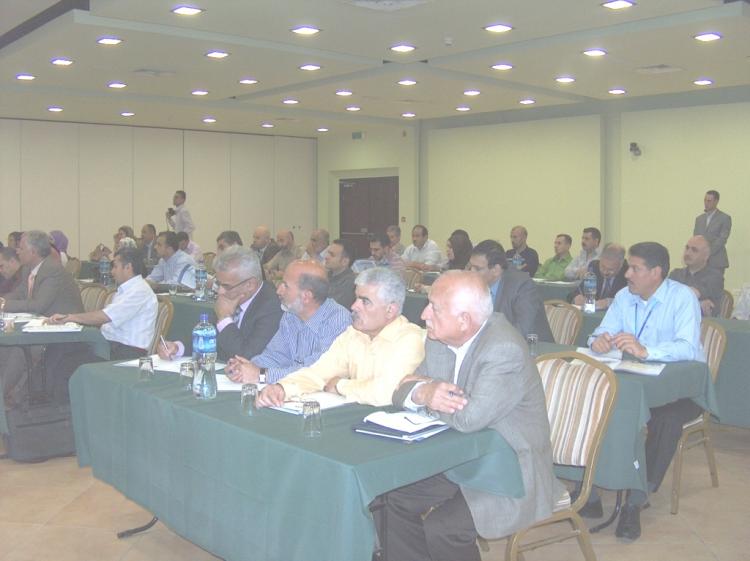 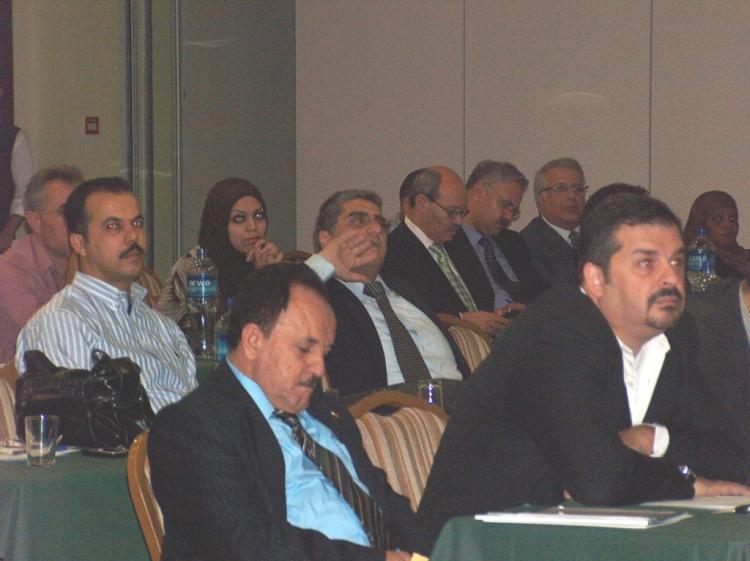 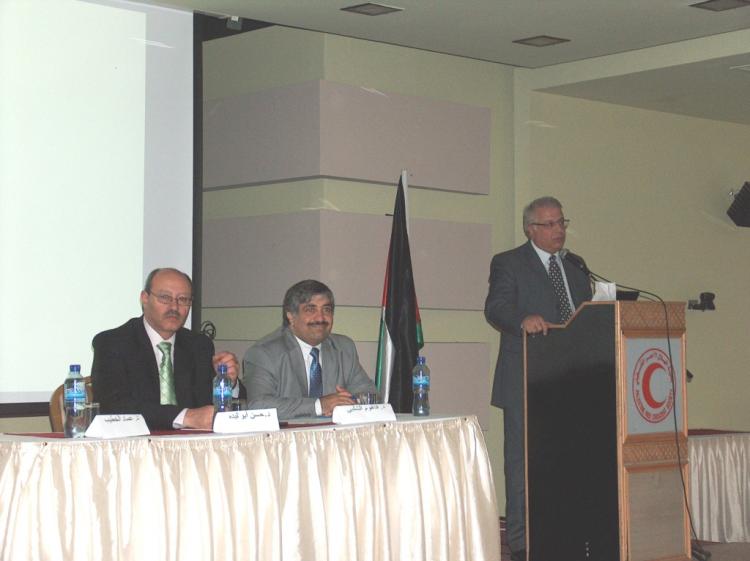 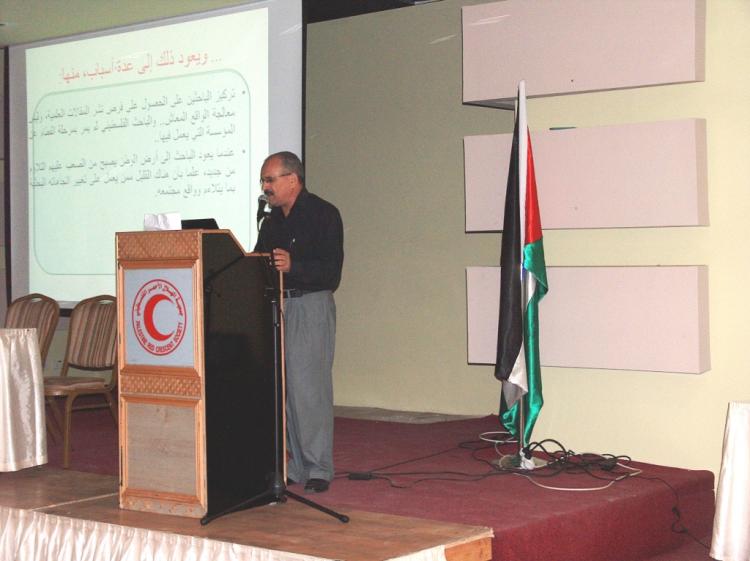 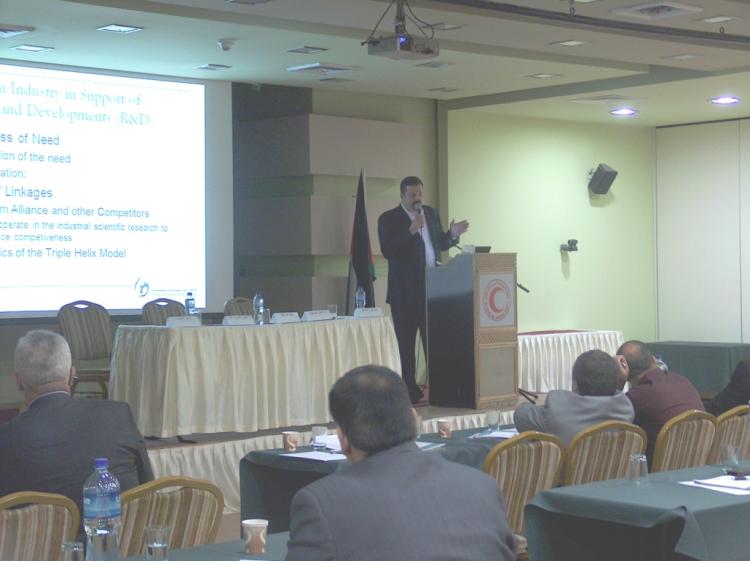 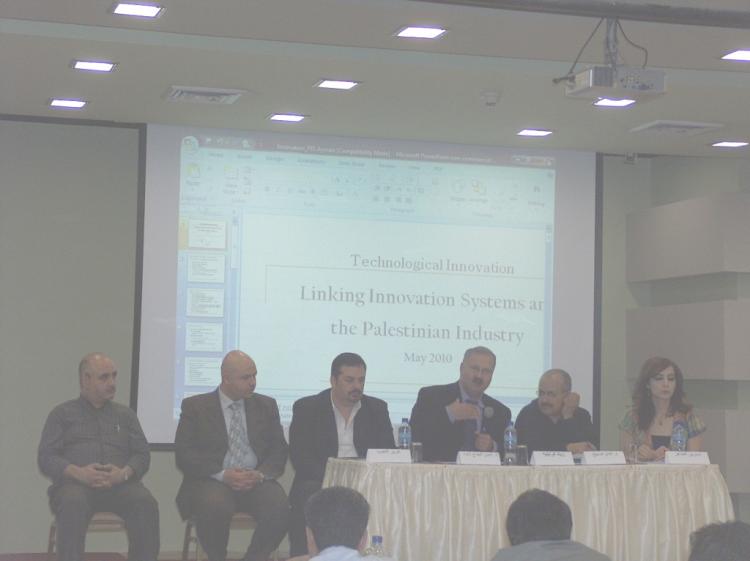 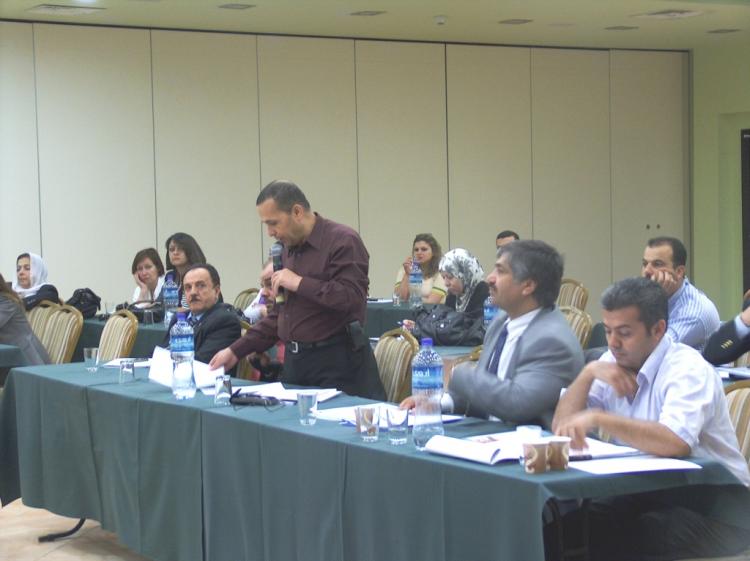 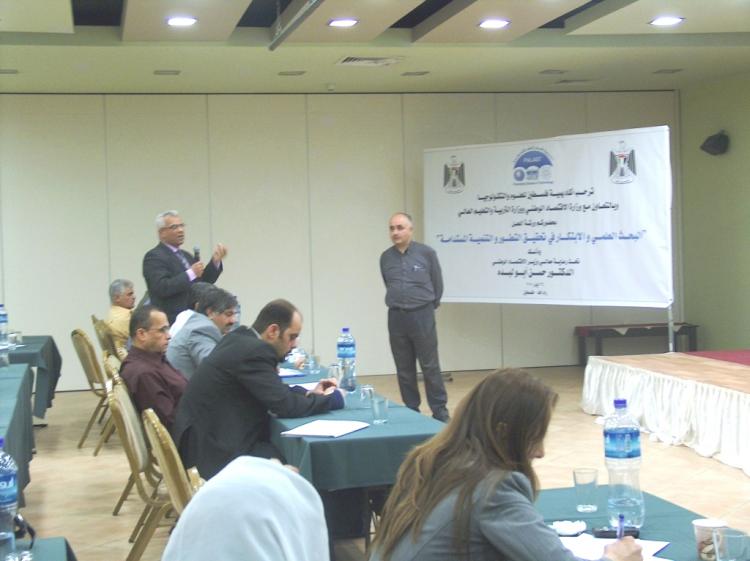 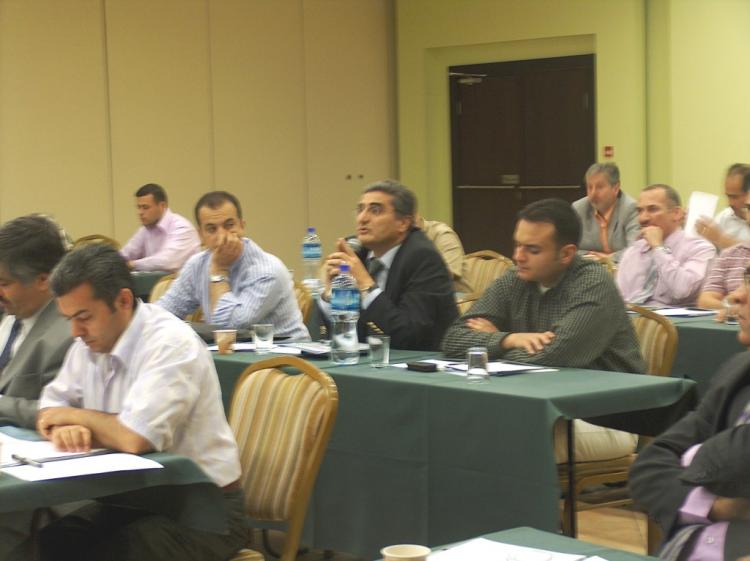 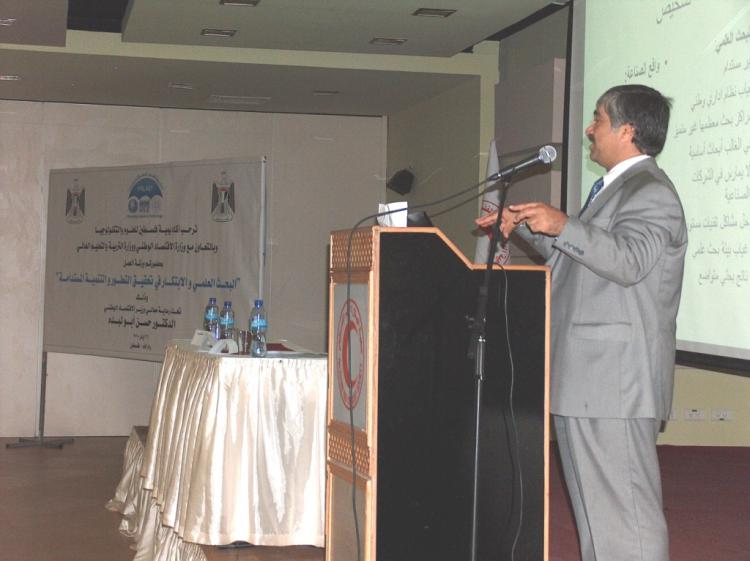 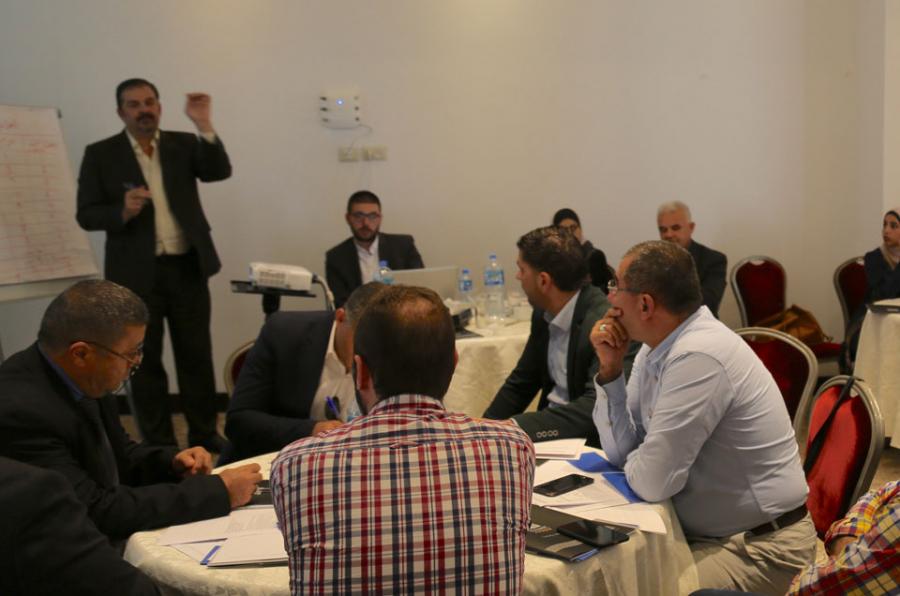 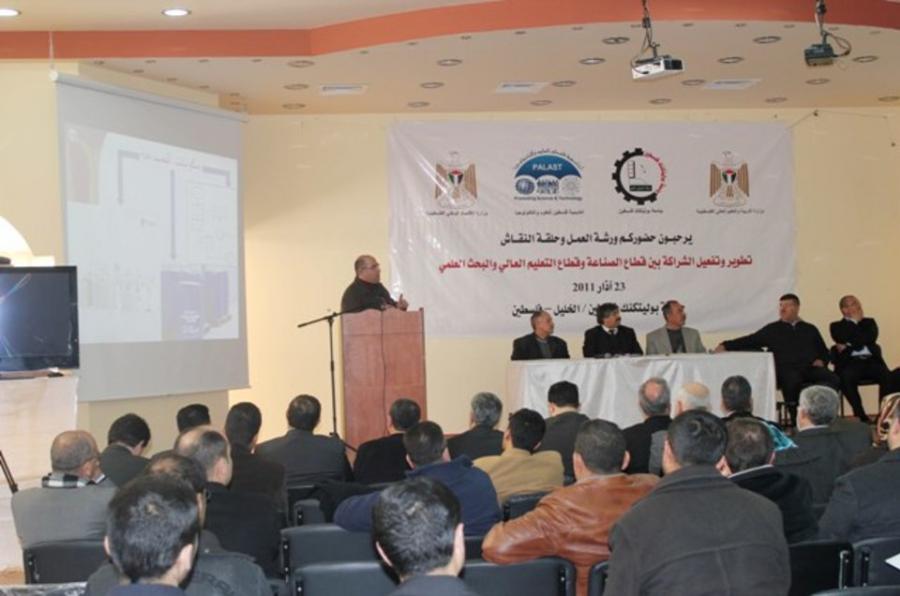