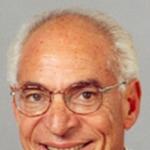 Prof. Farouk El-Baz is a Research Professor at the Departments of Archaeology and Electrical & Computer Engineering, and Associate Faculty at the Department of Earth and Environment and Director of the Center for Remote Sensing at Boston University, MA, U.S.A. He received a B.Sc. (1958) in chemistry and geology from Ain Shams University, Cairo, Egypt; and M.S. (1961) and Ph.D. (1964) in geology from the Missouri School of Mines and Metallurgy, Rolla, Missouri, U.S.A. He taught geology at Assiut University in Egypt (1958-1960), and Heidelberg University in Germany (1964-1966). During NASA’s Apollo Program (1967-1972), Dr. El-Baz was Secretary of the Landing Site Selection Committee for the Apollo missions, Principal Investigator of Visual Observations and Photography, and Chairman of the Astronaut Training Group of the Apollo Photo Team.