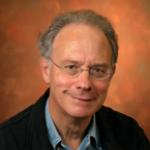 Ivar Ekeland is a former student of the Ecole Normale Superieure in Paris. He was professor of mathematics at the University of Paris-Dauphine from 1970 to 2003, and he left France in 2003 to take up the Canada Research Chair in Mathematical Economics at the University of British Columbia in Vancouver. He has received numerous awards and distinctions for his scholarly work, and is currently a member of the Royal Norwegian Academy of Sciences, and a Fellow of the Royal Society of Canada and a Foreign member of the Academies of Palestine and Austria. He was President of the University of Paris-Dauphine from 1989 to 1994, and Director of the Pacific Institute of the Mathematical Sciences from 2003  to 2005. His research interests lie in mathematics (optimization theory, calculus of variations, Hamiltonian mechanics) and economics (consumer theory, economic geography, hedonic markets). At present, he is working on the economic analysis of climate change and sustainable development. He has published 120 papers and ten books. He has also made a name for himself by introducing mathematics to non-technical audience, including children: his latest books are “The best of all possible worlds” and “Cat in Numberland".