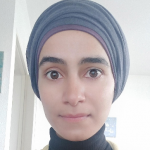 Project purpose:The pertormance of thin-film solar technologies tends to degrade when a module is pa A solar module consists of many series connected cells. Under partial shading conditions one or more of these cells may become reverse biased. As a solar module can produce rather high voltages the reverse biased cells are driven into junction breakdown. Typically, junction breakdown does not occur in the whole area of the reverse biased cells. Instead one or more small areas conduct all the current, and thus the power is dissipated very locally. As the commonly used encapsulation materials are poor conductors for heat, and the solar cell itself is very thin, the generated heat cannot quickly flow away and a so called hot spot is formed. These hot spots can reach very high temperature in a very short time (we measured up to 1740 K) and often permanently damage the solar cell. For some thin-film technologies we know that junction breakdown is very sensitive to the temperature and thus a good understanding of this mechanism needs to consider both electrical and thermal aspects. s partially shaded.