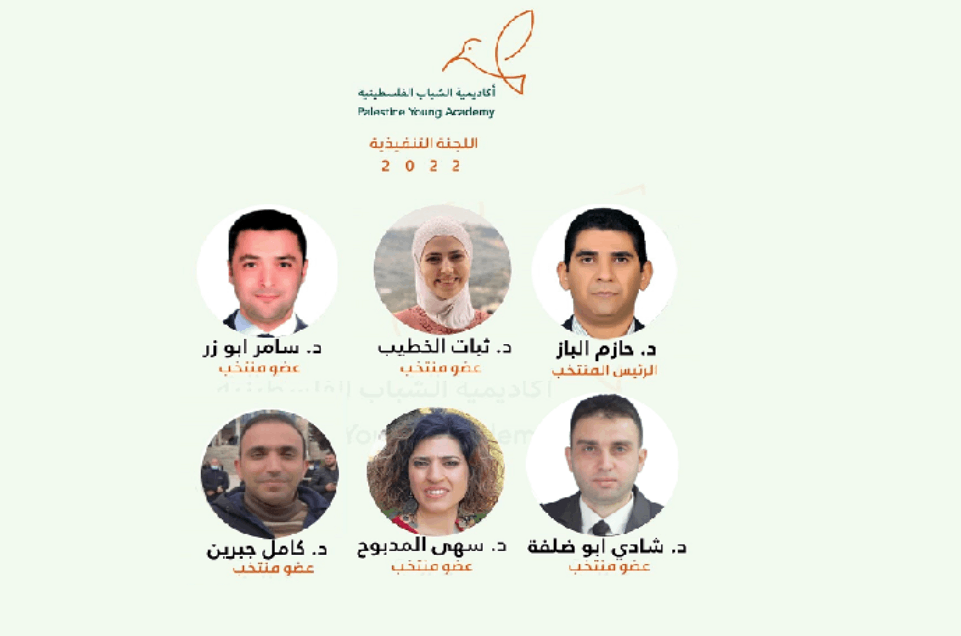 PALAST opened the General Assembly meeting by thanking the entire PYA family for keeping the energy of their initiative, continuing to develop the PYA goals and getting prepared for all the events planned in the future. PALAST emphasized, within the scope and outlook of the Academy as it matures, is an addition of a Young Academy under its auspices. The rationale behind the Young Academy is two-fold: To early-on promote and give visibility to promising Palestinian scholars at home and abroad; while providing an intellectual “home” for the next generation of scientists from the diaspora to engage with Palestine in the Arts, Science and Technology.

Afterwards, Dr. Sandy lama, a chair of PYA, presented Palestine Young Academy (PYA) in a more detailed manner. She stressed that the missions of PYA are providing a voice for young Palestinian researchers in Palestine and the diaspora and building a bridge between policymakers, academics and the rest of the Palestinians through initiating a policy-dialogue strategy. She also illustrated the objectives and visions of the academy.
Following that, she welcomed 3 new members, and thanked the selection Committee for their efforts in nominating them according to criteria, taking in consideration their research record and diversity.

At the end of the meeting, Dr. Sandy lama announced the results of PYA President and Executive Committee, they are as follows: Dr. Samer Abuzer, Dr. Kamel Jibreen, Dr. Shadi Abu Dhalfa, Dr. Hazem Al-Baz, Dr. Suha Al-Madbouh, and Dr. Thabat Al-Khatib, where the executive committee and the academy are led by Dr. Hazem Al-Baz as the new PYA chair.

In accordance, we wish great success to the new executive committee and the chair of the academy in their journey with PYA academy for the coming year. 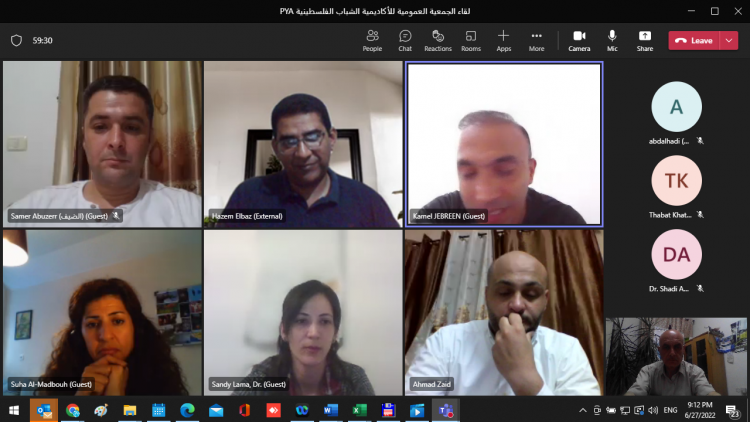 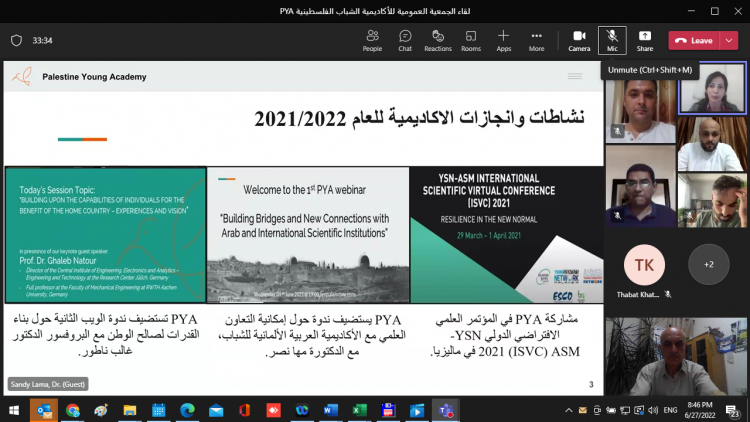 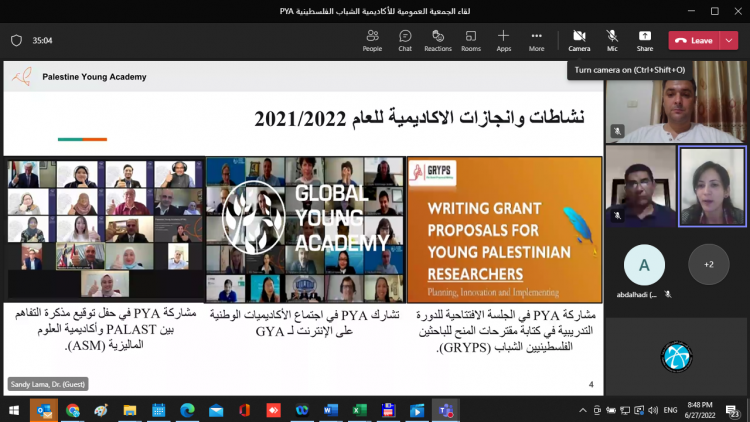 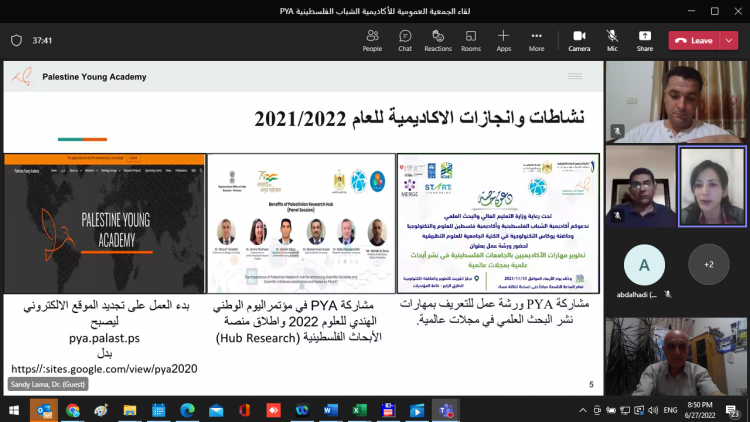 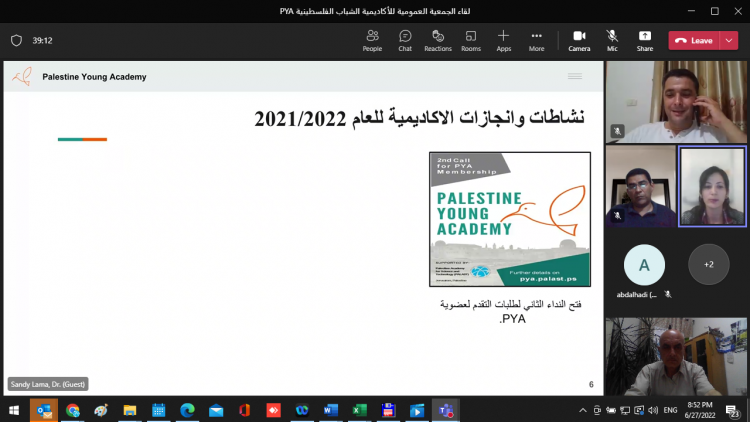 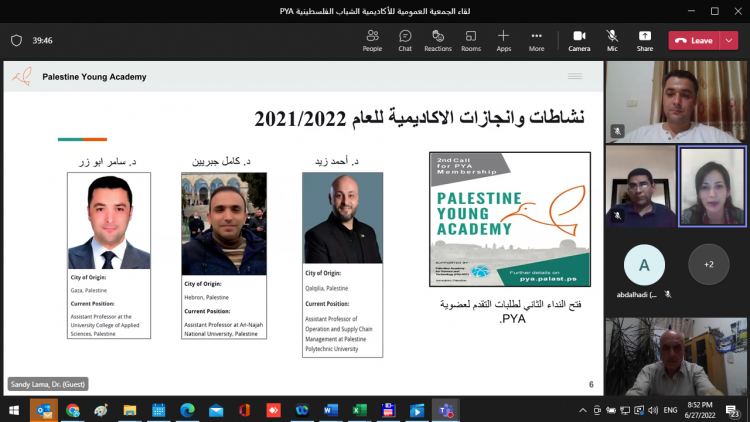 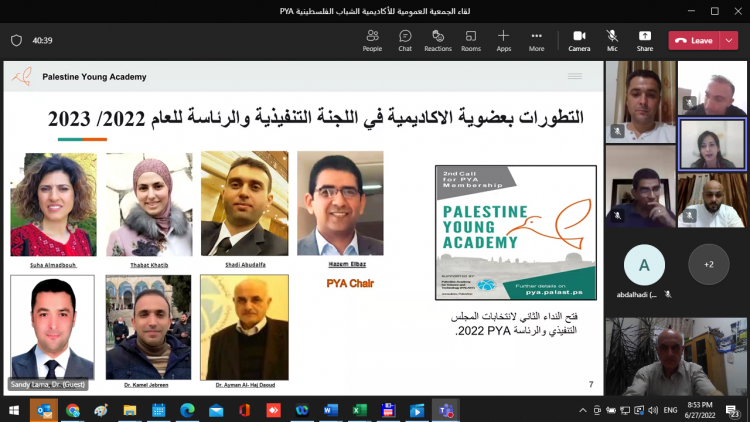 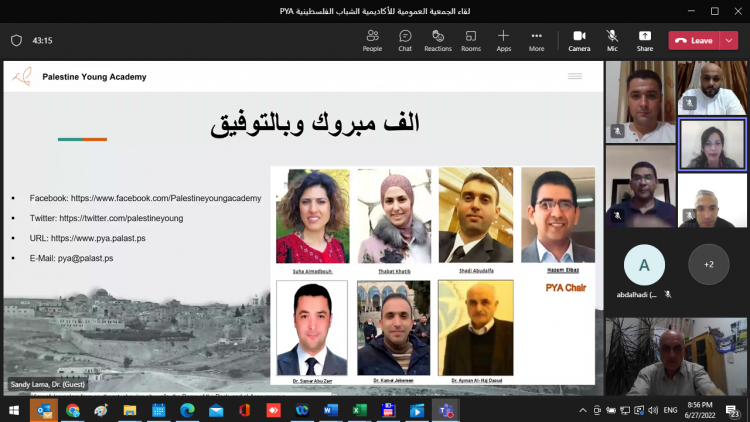 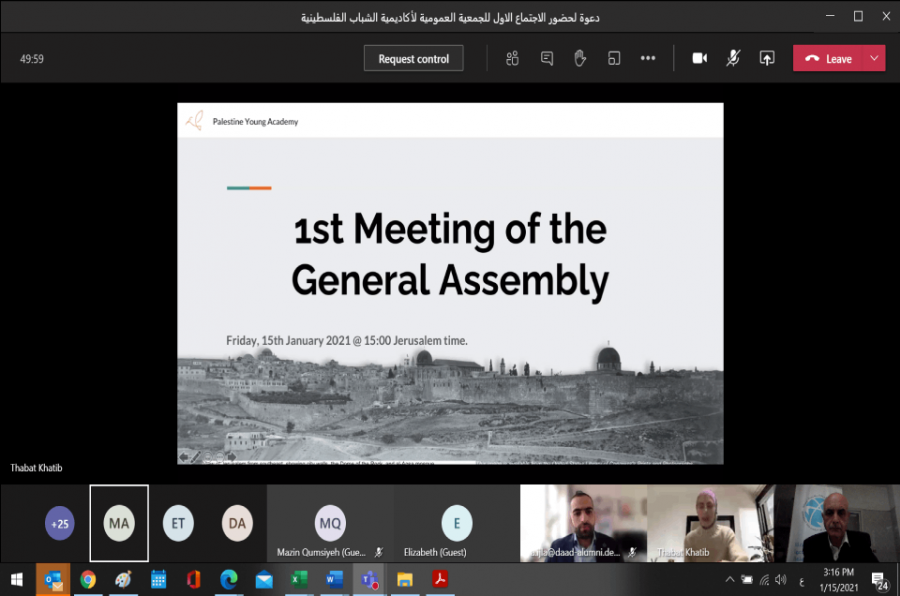 As a result of the COVID-19 pandemic and the health situation all around the world, the Palestine Young Academy (PYA) decided to hold its first virtual General Assembly and Inauguration Meeting and nomination… 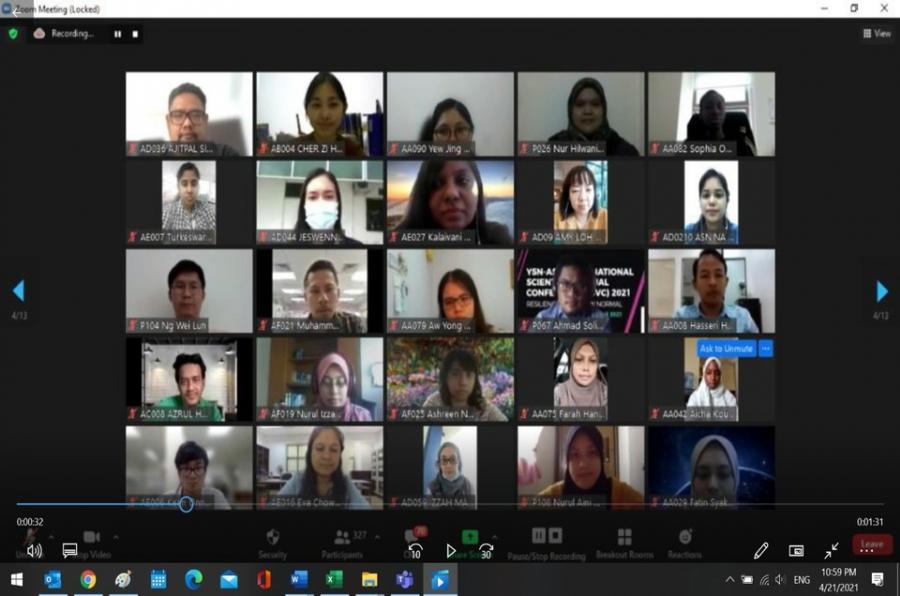 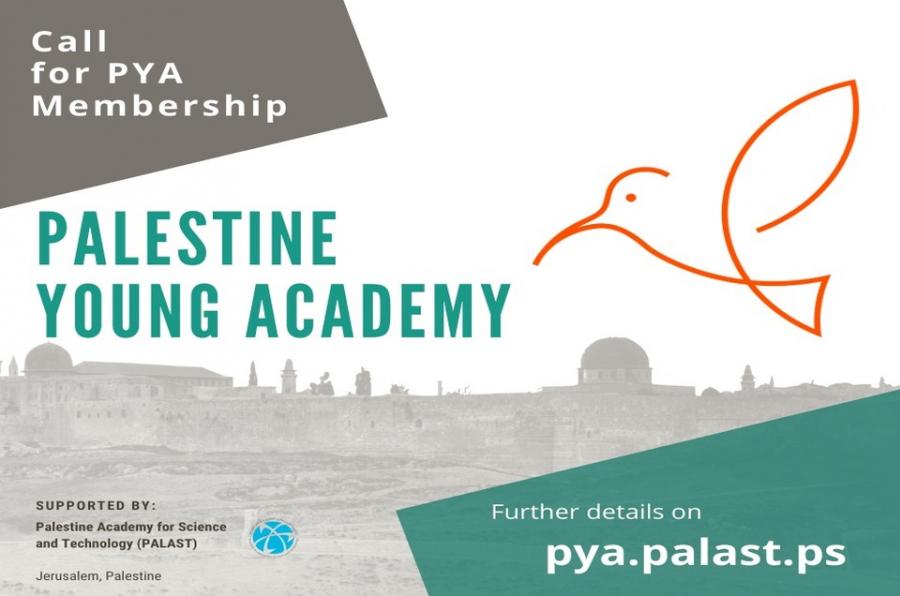 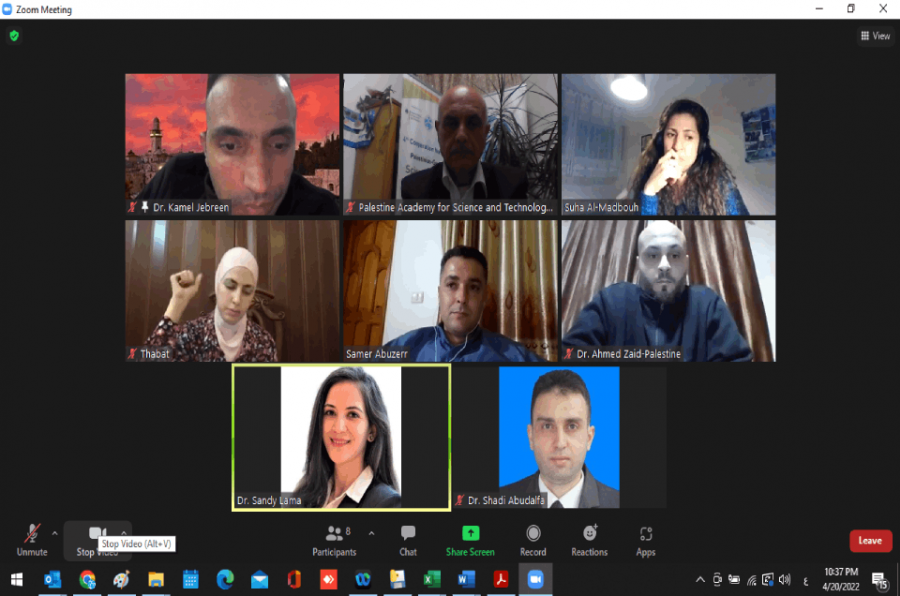 Where the elections took place at the beginning of this year, after the doors to membership in the academy were closed in Feb. 2022, and both Dr. Samer Abuzer, Dr. Kamel Jibreen and Dr. Ahmed Zeid were…