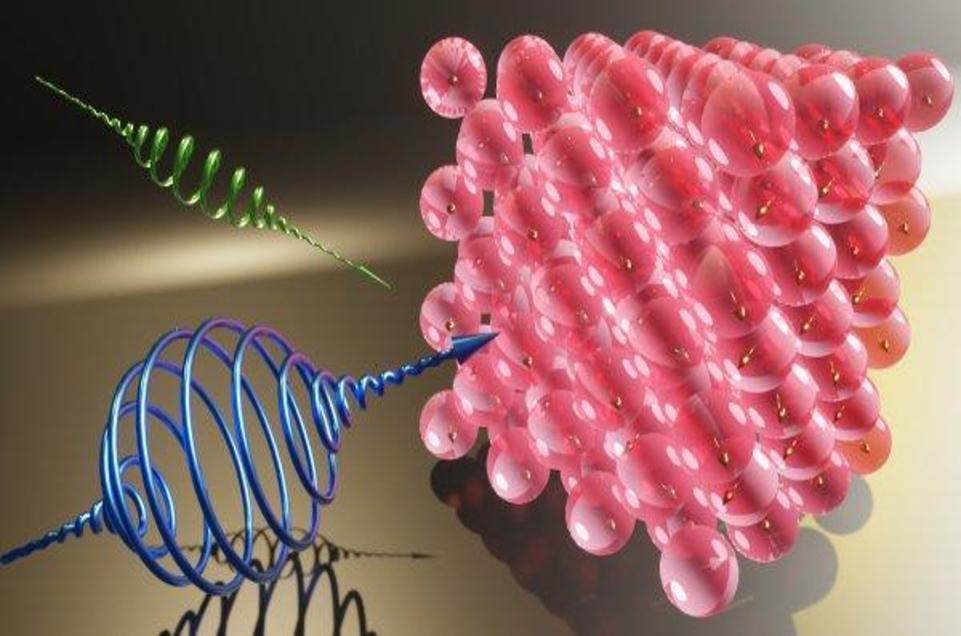 Jülich, 8 March 2022 – The ability to process more and more data at faster and faster speeds while reducing energy consumption is a key requirement for the further development of information technology. During her doctoral thesis at Forschungszentrum Jülich and RWTH Aachen University, a young researcher from Palestine has now demonstrated a possible way to achieve this goal by means of “optical switching”, that is, writing data using a laser. Together with other Jülich researchers, the theoretical physicist describes a novel way of reversing the magnetisation of an elementary ferromagnet at ultra-fast speed with a single laser pulse. Hanan Hamamera is a participant in the “Palestinian-German Science Bridge” (PGSB), a joint research and doctoral programme involving Forschungszentrum, its German partner universities and Palestinian universities. 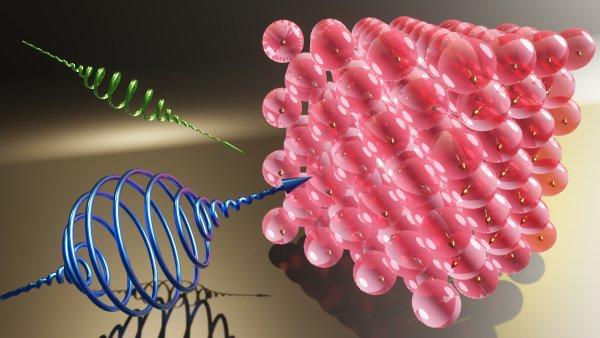 Data have been stored in the form of magnetic bits for decades. However, the need to process ever-increasing amounts of data means that write-in and read-out speeds have had to accelerate and must continue to do so in the future. In principle, lasers are suitable for reversing the direction of magnetisation in storage materials, which corresponds to the writing process, but until now, up to several hundred laser pulses have been routinely needed for a single switching process. The associated high energy consumption and the unpredictability of the writing process have so far made it unattractive to use such a technique for practical applications.

Hanan Hamamera from the Jülich institute “Quantum Theory of Materials” has now shown in a theory paper on nickel that a single laser pulse can reverse the magnetisation of an elementary ferromagnet in a highly predictable and lightning-fast manner. “A laser pulse is the shortest known stimulus in experimental condensed matter physics,” explains her supervisor at the Institute, Prof. Samir Lounis. “Consequently, switching speeds in the range of picoseconds to femtoseconds can be achieved. As a comparison, current switching processes are at least a thousand times slower.”

However, not just any laser pulse can be used, as Hamamera points out: the conditions required for optimal switching are closely related to the direction in which the material is magnetised before the pulse and how the pulse is polarised. Hamamera also identified the mechanism of the switching process: according to her findings, the pulse triggers specific rotations that enable the so-called inverse Faraday effect to take place, which in turn makes the magnetization rotate efficiently. The laser pulse interacts with the magnet much faster than the fundamental interactions taking place between electrons, lattices and spins in the material. Consequently, the pulse puts the magnet into a non-equilibrium state, which, provided that the pulse is chosen correctly, results in the ultra-fast reversal of the magnetization.

The research is based on a method developed by Hamamera to describe the interaction between light and matter, which realistically takes into account the details of the electronic structure of the material. With this method, non-linear magnetization dynamics can be observed over periods of time that are long in relation to the laser pulses. The researchers are not aware of any comparable theoretical work on magnetization switching.

Since 2016, the "Palestinian-German Science Bridge" (PGSB) has offered the best Palestinian students the opportunity to conduct research and write their doctoral thesis at Jülich institutes. Supported by their host institute, they can then set up their own research group after returning to their home country. The project is funded by the BMBF. gefördert. The PGSB program, which aims to develop joint research and education programs, is coordinated and implemented by the Palestine Academy for Science and Technology (PALAST) and Juelich Research Center (FZJ), and… 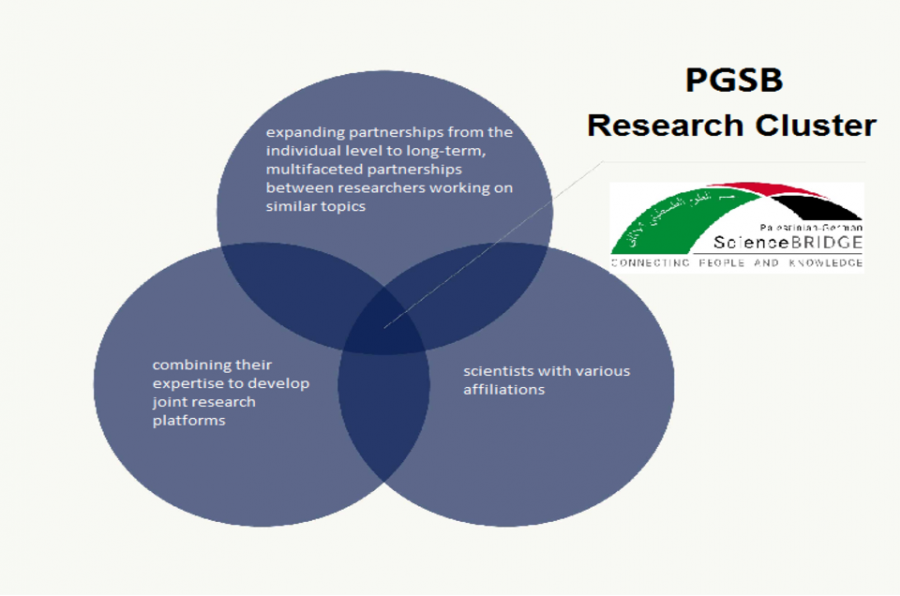 PGSB program has received 6 research cluster proposals consist from scientists from more than one Palestinian university, and multiple partners in FZJ and Germany University affiliated with FZJ 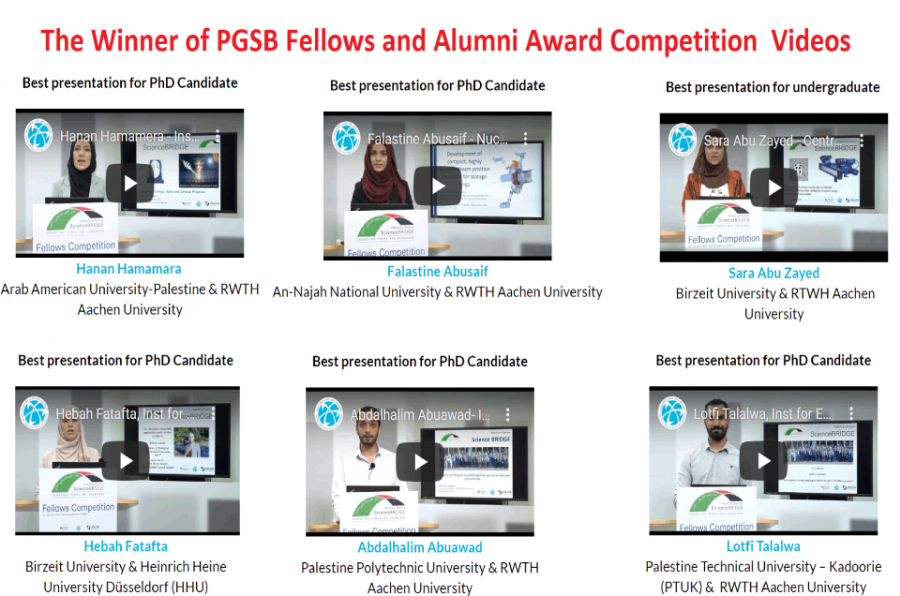 The PGSB Advisory Committee met to discuss the results of the Fellows Competition, as we received 24 videos, all of which demonstrate their enthusiasm and understanding of their research fields as well as… 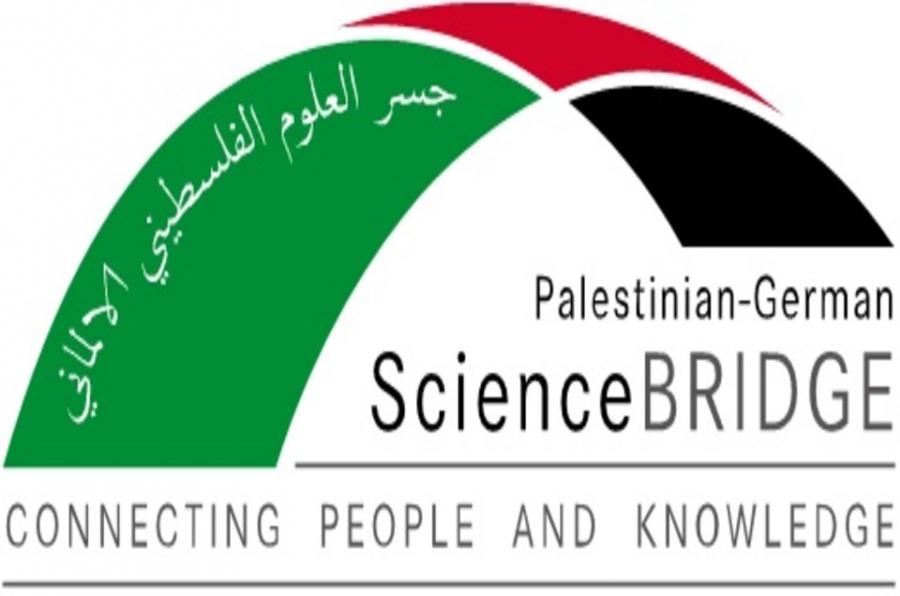