The higher your goal, the more you achieve: PGSB Fellow Dr. Sabreen Hammouda

The higher your goal, the more you achieve: PGSB Fellow Dr. Sabreen Hammouda 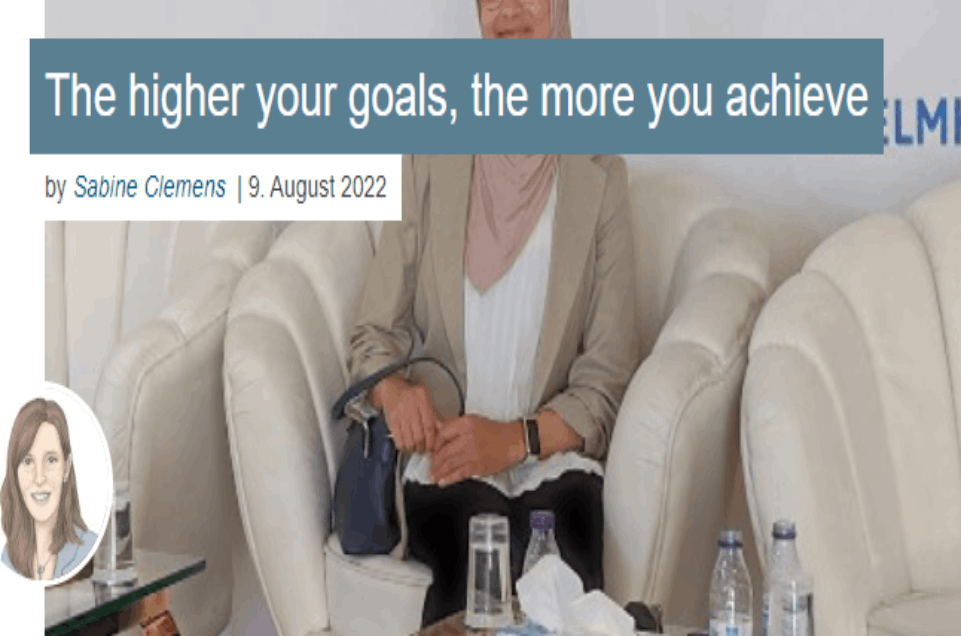 Dreaming big for a better future

Science and scientific exchange can create the foundations for a peaceful society. That’s the view of Dr. Sabreen Hammouda. The physicist lives in Garching and works as a postdoc in the PGSB Returner Program at the Jülich Centre for Neutron Science, Neutron Methods (JCNS-4). During her doctoral studies in Germany, the young scientist conducted research at Forschungszentrum Jülich. After her time in Garching, she has the opportunity to return to Palestine, however, she is already committed to supporting Palestinian students and actively shaping the research landscape in her home country. 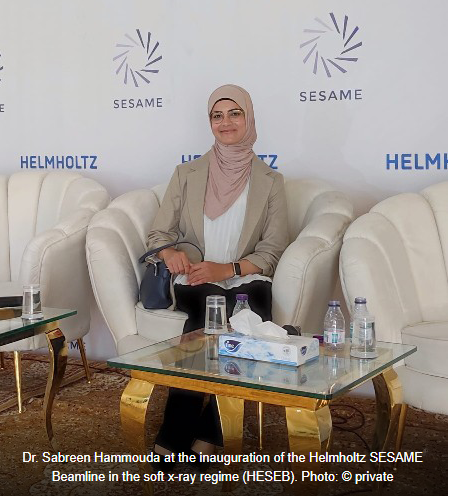 Physics can explain everything

Physics was not her first declared field of study, but Dr. Sabreen Hammouda’s career path led her to this subject area at some point. With a smile, the young scientist recounts, “I originally wanted to study medicine, but when that didn’t work out, I had to find something else and discovered physics for myself.” It quickly turned out to be a good decision, as she developed a deep passion for the scientific subject. “I think I found myself,” Sabreen reports ” In my opinion, physics explains everything and I really like that.” She now conducts research in quantum materials. Using in-house single-crystal X-ray diffraction and synchrotron radiation methods, she hopes to gain a comprehensive and microscopic understanding of the intertwined quantum orders and emergent phenomena in topological Kagome superconducting materials. Her work can be performed using the major European synchrotron radiation facilities as well as SESAME in Jordan and neutron diffraction at nuclear reactors. The goal is to develop energy-efficient applications. “High-temperature superconducting materials are already used in the electricity industry to minimize loss during power transport in electricity grids. But they are also applied in the generation of magnetic fields for fusion experiments, for example. I would like to play my part in this development,” Sabreen reports about her research focus.

SESAME: a synchrotron, not a street

When hearing the term ‘Sesame’, one or the other might associate a children’s series with hand puppets. But the word denotes much more than just a fictional street. SESAME (Synchrotron-light for Experimental Science and Applications in the Middle East) is the name of the newly built synchrotron and electron storage ring with a total of five beamlines in Jordan. The facility is the first synchrotron light source in the Middle East and neighboring countries and the first major international center of excellence in the region. Scientists and PhD students from universities and research institutes can use SESAME to conduct experiments. The investigations are often carried out in collaboration with scientists from other centers or countries. In this way, the beamlines promote the further development of research and teaching as well as regional and international collaboration.
Sabreen would also like to use the HESEB Beamline for her research in the future. During the inaugural event of the Helmholtz SESAME Beamline in the soft x-ray regime (HESEB), she was encouraged to push her research at the beamline. “It was a great honor for me to be able to participate in the event. Many high-level personalities attended,” Sabreen reports her impressions “I have been encouraged to be the first to conduct an experiment at the new Helmholtz SESAME beamline. That established scientists see potential in me makes me happy and proud.” Palestine is involved in SESAME as one of the eight member countries in the Middle East. Through her work and research, Sabreen hopes to contribute and strengthen the scientific role of her home country. “Science and scientific cooperation are the basis for developing society, they create employment opportunities and help people to have a perspective in their own country,” says the young physicist. With her commitment, she therefore wants to encourage young researchers to invest in their education and to remain loyal to their home country in order to advance development. 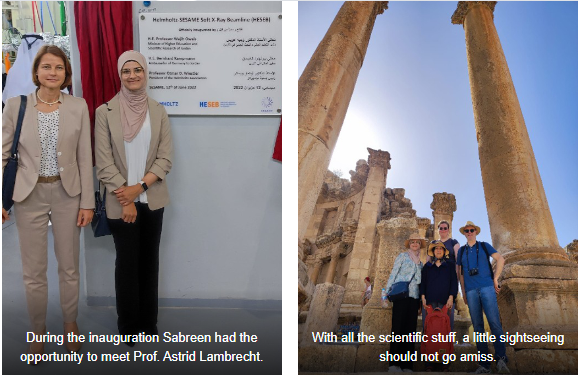 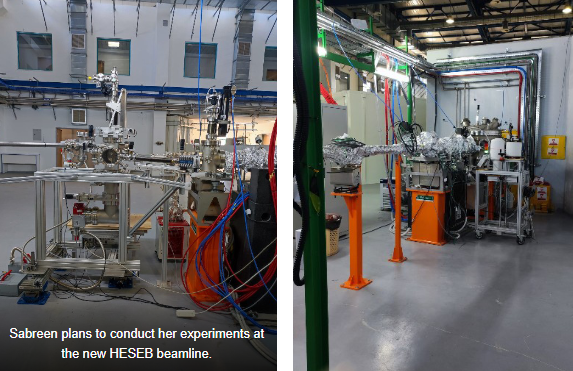 New paths in research and career

After her first major trip, which Sabreen made to write her master’s thesis in Germany, she spent her doctorate abroad again, at Forschungszentrum Jülich. The foreign culture, the new rules and customs of the other country were a source of worry beforehand. But this is also an important aspect that makes traveling very interesting. For the young physicist, all worries and concerns evaporated when she got to know her new colleagues at the Jülich Centre for Neutron Science JCNS and Peter Grünberg Institute PGI Quantum Materials and Collective Phenomena. “I surprised myself that I was able to settle in quickly, and I think the reason was the nice atmosphere at work,” Sabreen reports of her early days at Jülich “My colleagues and my boss were very supportive and kind. In addition, the interaction was very respectful. We brought each other closer to our cultures.” That’s why the young scientist also encourages other students to plan a stay abroad. Living in another country for a certain period of time has already helped many a traveler gain new insights. In Jülich, for example, Sabreen was able to gain her first experience with large-scale scientific equipment. This experience is now helping her in her work with SESAME.
But the young woman wants to advance other topics besides her science. She is involved in the PGSB returner program to support young bachelor’s and master’s students and doctoral candidates on their way into a scientific career. A good education is the foundation for a successful career. The research cluster she initiated also contributes to improving educational and research conditions in Palestine and the Middle East. Thematically, the cluster is focused on energy materials. Important elements are the exchange and gain of knowledge and education through supervised projects and school formats. “Within the framework of this cluster, we are bringing together experienced Palestinian and German researchers in order to enable a comprehensive exchange of ideas and expertise, as well as providing access to materials, experimental infrastructure and the supercomputers between the partner institutions. This creates synergies, especially since there is a lack of research infrastructure in Palestine. This cluster provides a platform for interdisciplinary exchange and collaboration in a broad field of research that serves energy applications,” Sabreen says, explaining the idea behind her research cluster. In the future, she would like to establish a laboratory for sample preparation and characterization in Palestine while maintaining scientific cooperation with German institutions.

Dr. Sabreen Hammouda can be very proud of herself. She has mastered her studies and doctorate, lived in a foreign country, come up with excellent research ideas and launched many positive things for the people in her home country. Looking back, she sums up, “My sister is a mathematician, my brother studied genetics and I am a physicist; we are an ‘inclusive scientific family,’ so to speak. However, I am convinced that anyone can succeed in any field if you have the appetite and are willing to work hard for it. Sometimes fears and bureaucratic obstacles have to be overcome, but in the end it’s worth the effort.” Sabreen has not given up and has already achieved a lot. When it comes to realizing one’s dreams, offers such as the Palestinian-German Science Bridge (PGSB) help, but so does a bit of courage and perseverance. In Sabreen’s words, “The higher your goals, the more you achieve. Don’t be afraid and get on with it”. 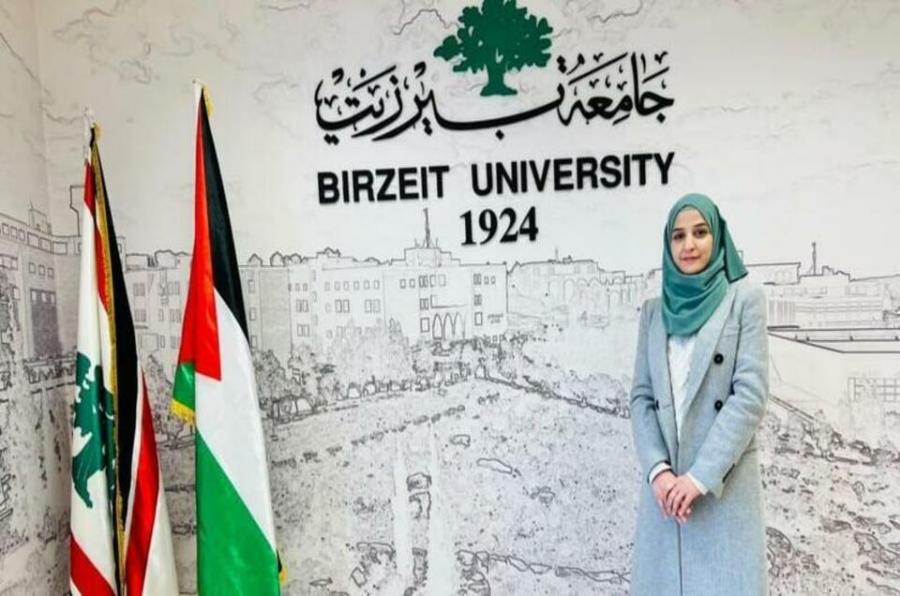 Sometimes you have to jump and trust that you can fly: that’s how the decision to leave her home country for a while must have felt for Dr. Nour Maraytta. The destination of her stay abroad was Germany. There… 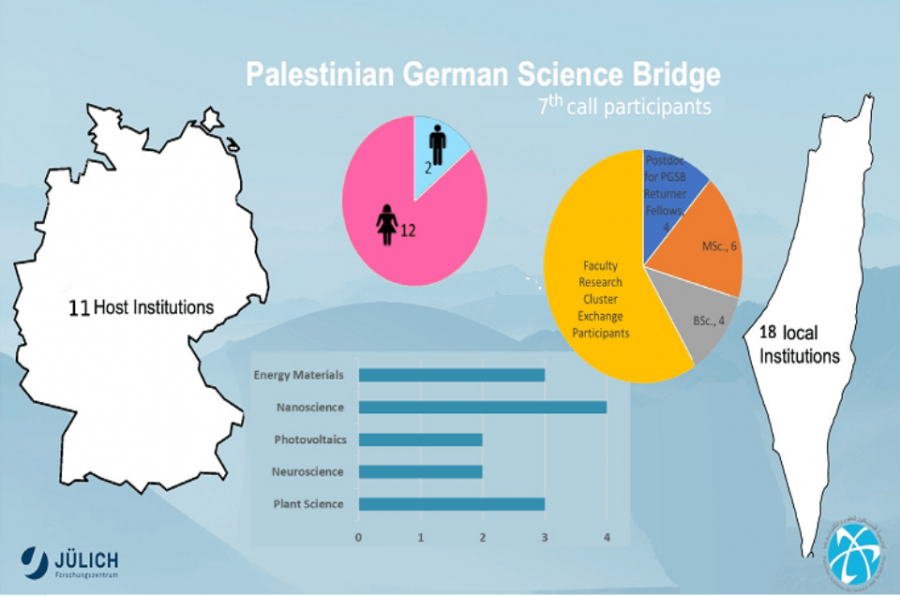 Based on the evaluation results from the Advisory committees and Supervisors, 9 candidates from the 7th Call have passed the interview and selection criteria, and 2 Postdoc Stipends within the Returners…

09 PGSB Scholarship in MSc, BSc and 2 Postdoc Stipends within the Returners Program Granted in 2022 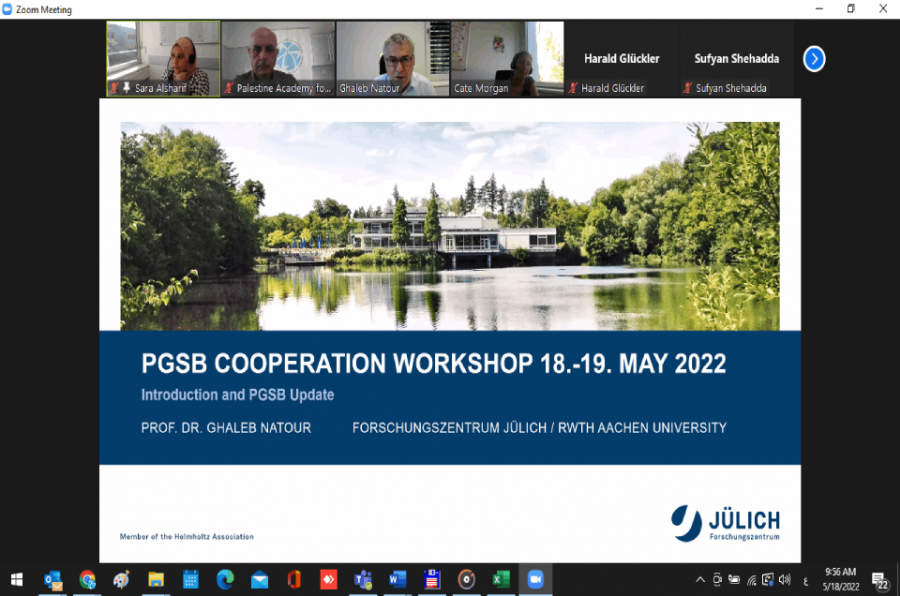 The Palestinian German Science Bridge PGSB Program , which aims to develop joint research and education programs, is coordinated and implemented by the Academy and Juelich Research Center (FZJ), and funded by… 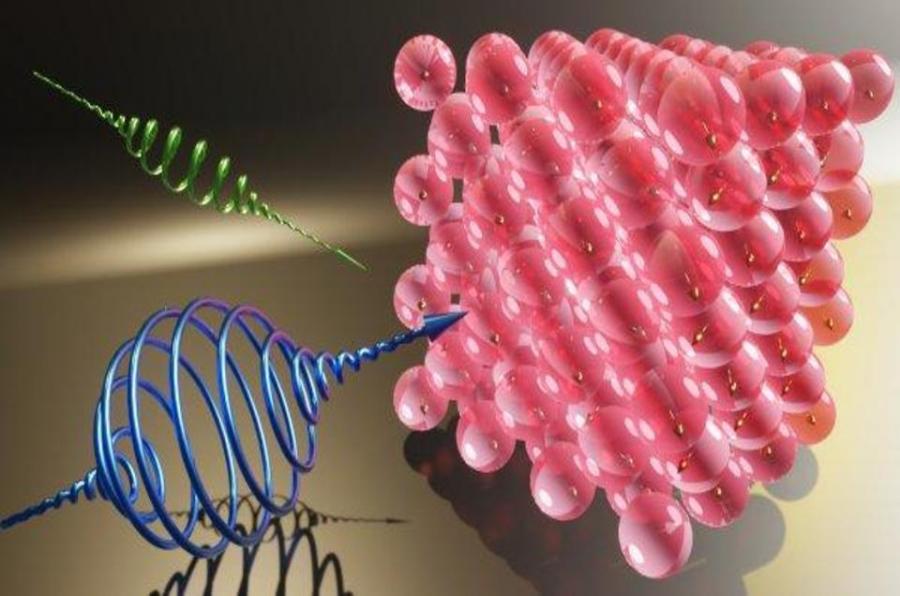 Jülich, 8 March 2022 – The ability to process more and more data at faster and faster speeds while reducing energy consumption is a key requirement for the further development of information technology. During…