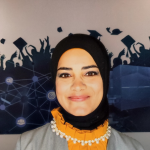 Both topological materials and superconductors can have a strong impact on energy material research. For instance, high-temperature superconducting materials have already been used in electric power industry to minimize the loss of electricity transport in power grids, and in the applications for generating extremely high magnetic fields for instance for fusion experiments.

The planned research via complementary X-ray and neutron diffraction is expected to provide a comprehensive and microscopic understanding of the intertwined quantum orders and emergent phenomena in these topological kagome superconductor materials to be used in the future to design of energy-efficient applications.

The primary focus of the project is to establish the nature of unconventional charge ordering in this new topological kagome superconductor, which takes place in the range of 90-110 K, via both in-house single-crystal X-ray diffraction and synchrotron radiation methods at the major European synchrotron radiation facilities as well as at SESAME in Jordan. Resonant X-ray scattering at the V K-edge and L-edges (if accessible) and high-energy X-ray diffraction, both powerful techniques for the probe of change ordering phenomena in condensed matter, will be employed for the planned research. These will be aided by the X-ray spectroscopic methods such as XAS etc. The second focus is to investigate possible interplay between charge ordering and superconductivity via looking into high-pressure dependence of both quantum orders. The third focus is to investigate the suggested time-reversal symmetry breaking phase i.e. orbital loop current phase that is formed deep in the charge-ordered phase via polarized neutron diffraction for instance at MLZ and ILL.

Expected future impact, including directly in the Palestinian (research) community:

Future plans: Establish a laboratory in Palestine for sample preparation and characterization with keeping the scientific collaboration with German institutions to complement the missing part.

Future vision for the PGSB/research in Palestine or general:

The Palestinian-German Science Bridge project is a jump in the education level of Palestine and the generated Palestinian researchers with both knowledge and skills in hand in different fields will enhance the research in Palestine if they truly cooperated together.