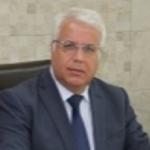 Dr. Khatib is a professor of energy and fluid dynamics at the faculty of engineering of Palestine Polytechnic University (PPU). In 1999, he has established and led the Renewable Energy and Environment Research Unit (REERU) at PPU, where he established it five technical labs: the solar energy testing, the energy efficiency and auditing, the water quality testing, the air pollution and the material energy content testing labs. Between 2003 and 2005 and later 2007 to 2009 Khatib was appointed the dean of research and graduate studies at PPU. In 2011 he was granted a sabbatical leave where he was appointed a visiting professor at Birzeit University until April 2004. He was appointed in June 2014 the president of PPU. Khatib also serves since 2001 as the secretary general of the Palestine Academy for Science and Technology; a national umbrella organization for science, technology and innovation, where he managed to direct the academy to be the national representative in several prestigious scientific organizations and opened channels of scientific and research collaboration including the 2016 Palestine-German Science Bridge. Imad Khatib holds a Ph.D. from Karlsruhe Institute of Technology in Germany in modeling atmospheric dynamics in macro-, meso- and micro-scale and scales interaction, and an M.Phil.