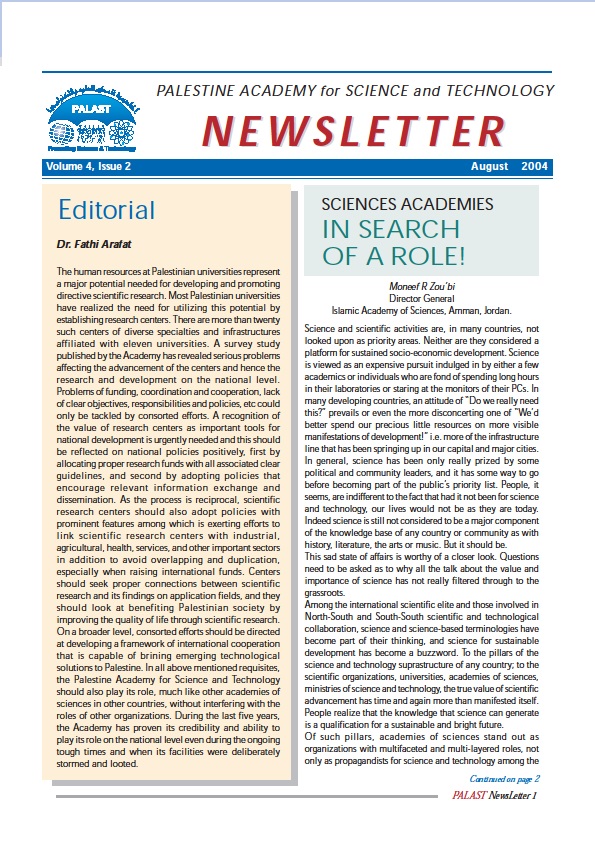 In the early evening of the first of December 2004, Dr. Fathi Arafat passed away after three years of a fierce battle against an awful malignant disease. One can say that that Dr. Arafat had lost the battle against cancer, but I for one can also say that, after dozens of years of tireless work, Dr. Arafat also won the war for Humanity. In addition to being a medical doctor and the president of Palestine Academy for Science and Technology, Dr. Arafat was also the president of the Palestine Council of Health and the founder and president of the Palestine Red Crescent Society.