The Palestine Academy for Science and Technology and the Italian International Association UPM Un Punto Macrobiotico have finalized implementing Ma-Pi 2 Diabetes Project in Palestine. The Ma-Pi Diabetes Project is an experimental clinical project aimed to verify the effects of food therapy based on Ma-Pi diets (conceived by Prof. Mario Pianesi) on type 2 diabetes mellitus patients.

The Scientific Commissions have argued that the Ma-Pi diets represent a very simple, effective and economical therapeutic alternative for patients affected by type 2 Diabetes Mellitus.

The program, which was implemented during 26th Feb-20th March 2013, was carried out under the Umbrella of the ministry of Health. 28 Volunteers followed the control trial where the therapeutic foods made of organic product and vegetables that were donated by UPM and cultivated by Palestine Academy.

The outcomes were encouraging as 100% of the volunteers have experienced improvement in the glucose level in their bloods, and in the other associated blood indicators. The second phase of the program was followed up in the year 2014 with participation of all volunteers and in cooperation with Ministry of Health.

The Ma-Pi diets and the diabetes Project workshop

Prior implementing this program, an awareness workshop was held in Palestine in October 2009, PALAST, in cooperation with the Italian organization Un Punto Macrobiotico (UPM), organized a workshop on the use of organic food to treat diabetes (type 2). This workshop was held at the Red Crescent society headquarters in Al Biereh, Ramallah with representations from both, the Palestinian ministry of health and the ministry of Agriculture.

Mr. Giovanni Bargnesi, UPM general secretary explained the success stories after the implementation of this project in different countries and gave presentations on how the organization developed and grew. A cook, from Italy (UPM) accompanying Mr. Bargnesi cooked samples of the food and all the attendance had the chance to try some.
There were also two presentations, one from Dr. Faisal Abdel Latif from the ministry of health regarding diabetes in Palestine and the second presentation from Mr. Sami Musa from the ministry of Agriculture regarding cultivating organic seeds in Palestine and the chances for the success of the planting.

At the end of the workshop all three parties, the Academy, ministry of health and the ministry of Agriculture emphasized on working together in implementing this project together with UPM. Also the Academy was invited by UPM to attend and participate in several meetings and conferences to discuss the opportunity and challenges to implement this program and to spread the principles of a healthier and more balanced diet in Palestine, so the Academy participated in the upcoming meetings and conferences

The Palestine Academy for Science and Technology signed an MOU with the Italian organization Un Punto Macrobiotico (UPM) in 2010, to carry out a cooperative program that deals with the utilization of natural products including agricultural and other natural substances. The organization UPM was founded in Italy a long time ago by Mario Pianesi, the President of the UPM, who in the year 2000 proposed the mixed Ma-Pi (stands for Mario Pianesi, who is an Honorary Member of the Academy) reforestation and the Ma-Pi diets; in particular Ma-Pi diet 2 for diabetes mellitus type 2. The project Ma-Pi diet was implemented in a few countries and promising results were achieved towards the aim of healing patients with diabetes type 2 and such results were published in scientific journals. The cooperation with UPM extends to training a physician; Dr. Mamoun Mansour, and a cook; Mr. Mohammad Elyan, in Italy and in China on how to carry out the Ma-Pi diet project. The training has started from November 12, 2008 to February 2009. At the same time, UPM has provided the proper seeds that was cultivated in Palestine. 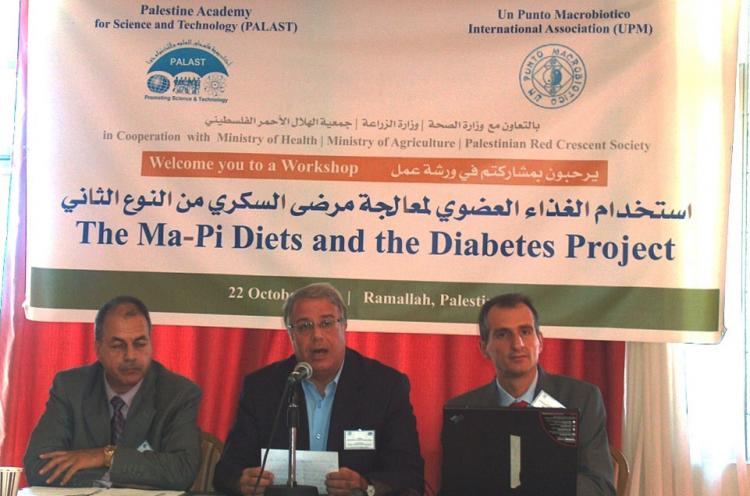 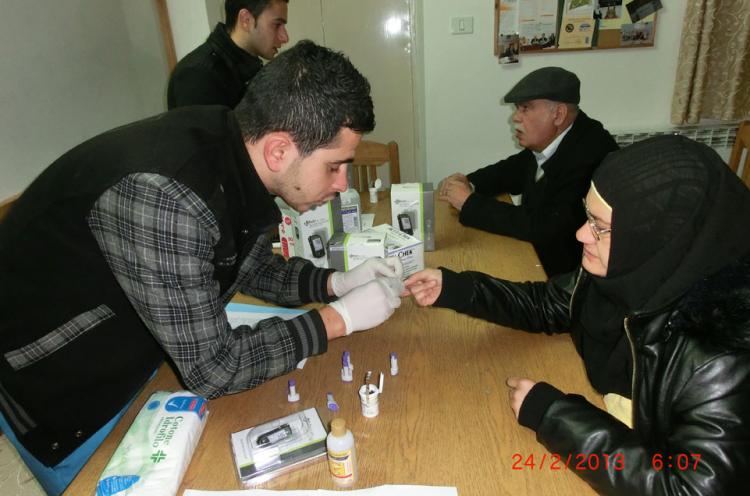 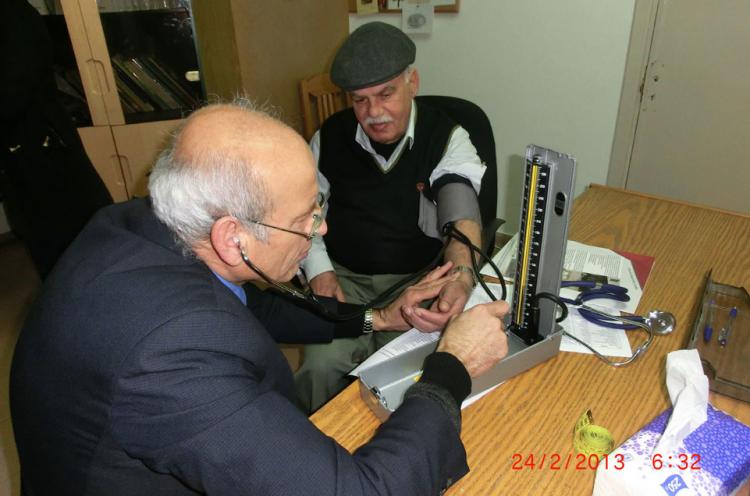 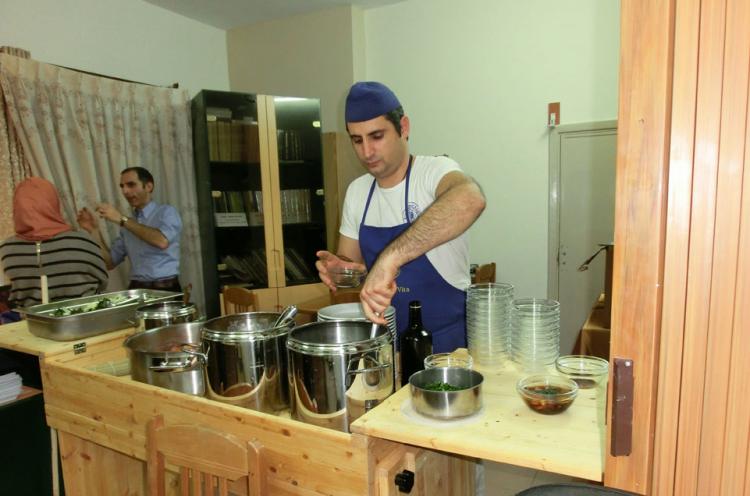 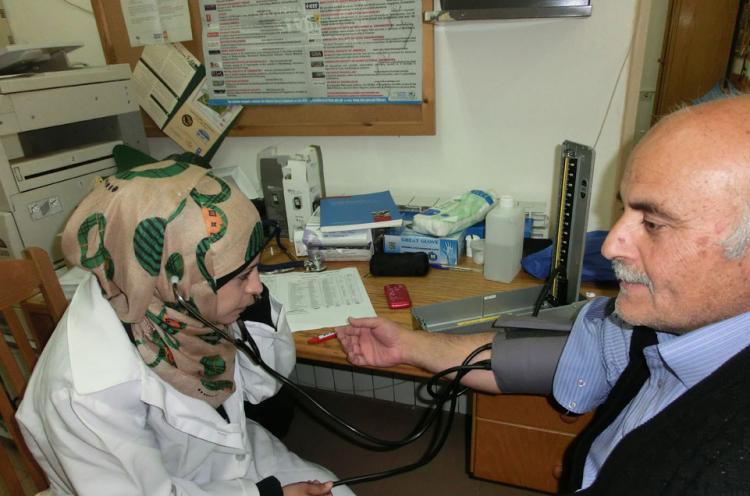 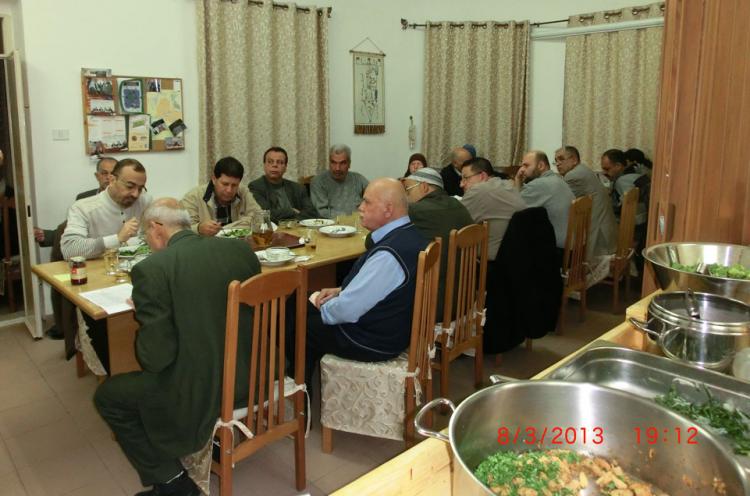 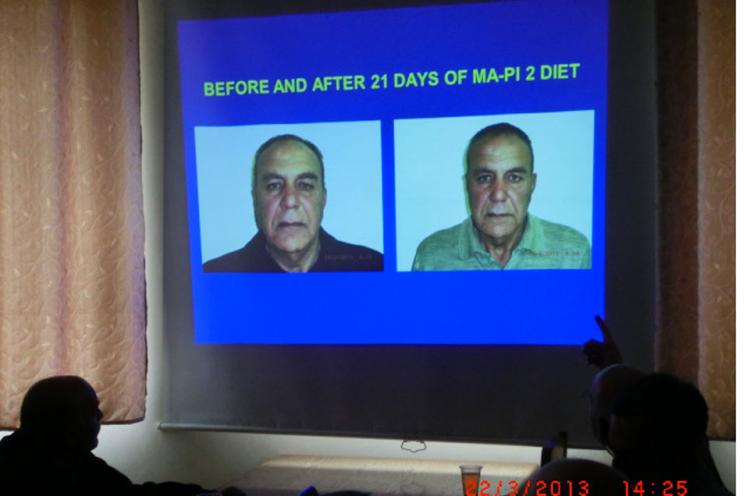 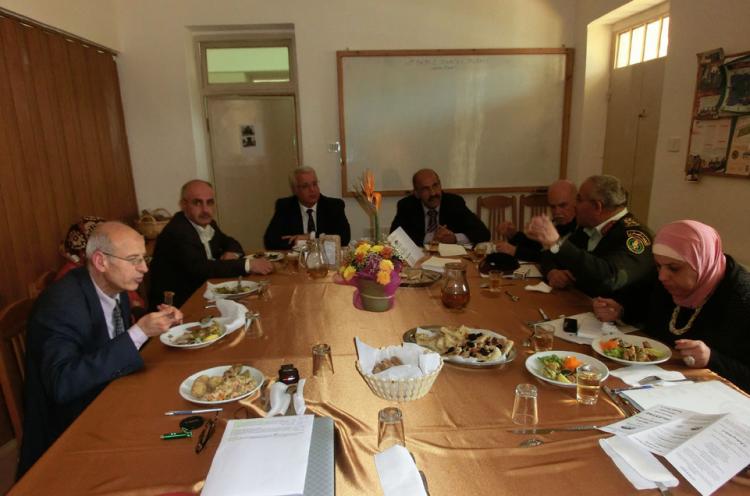 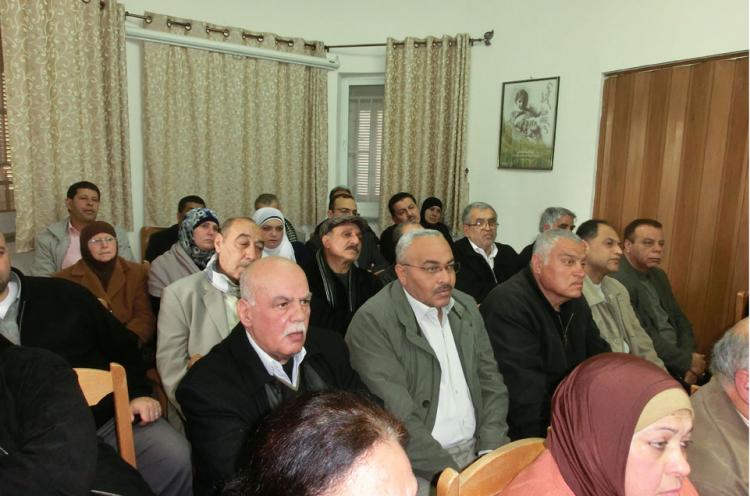 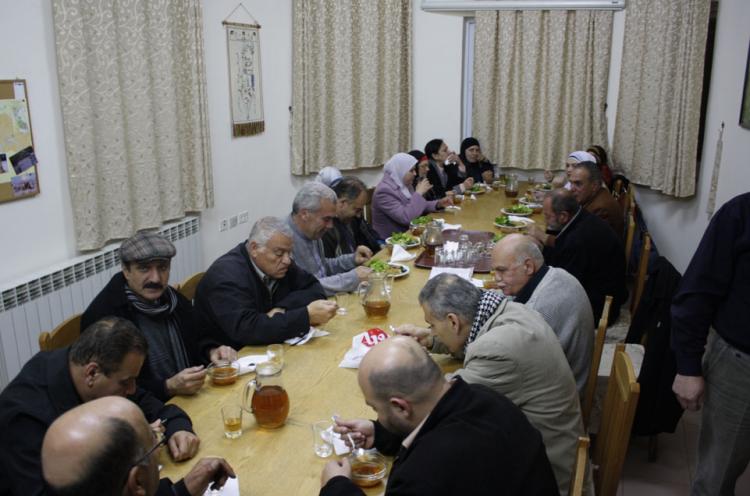 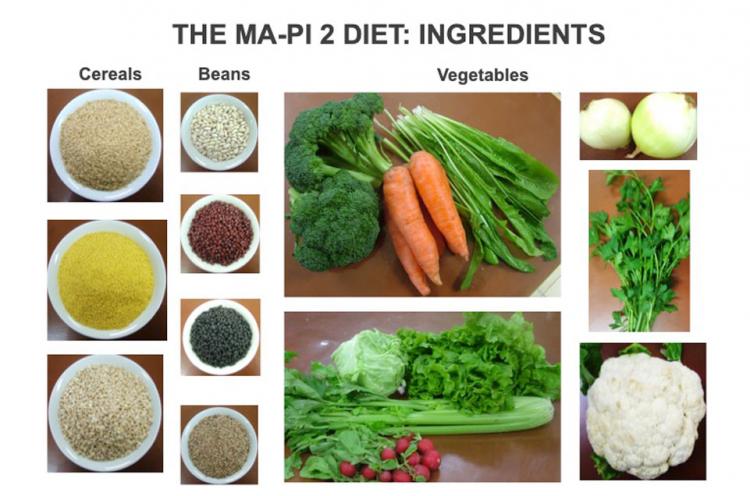 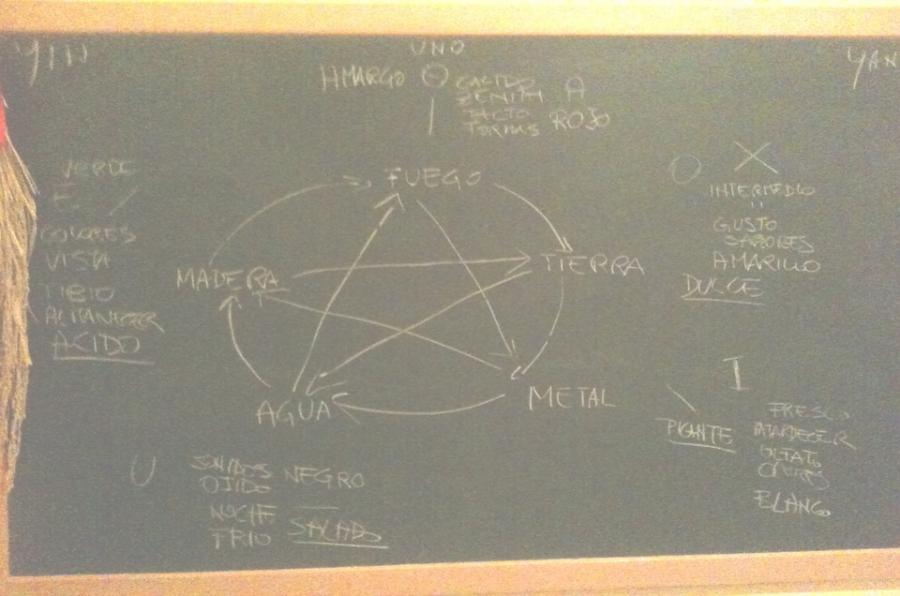 UPM has invited The Academy’s secretary general, Dr. Imad Khatib, Dr. Ayman Al Haj Daoud, Dr. Abed ElSalam Shalab from The Academy to participate to the UNESCO Conference on the theme "The Landscapes of Beauty…

UNESCO Conference on the theme "The Landscapes of Beauty: the enhancement of creativity” 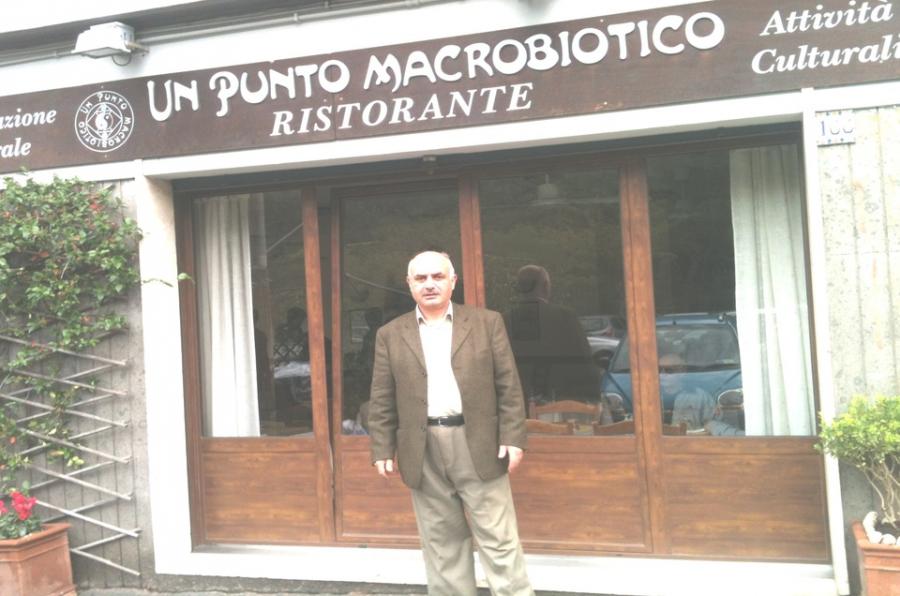