In cooperation with the Palestine Academy of Science and Technology, and the Higher Council for Innovation and Excellence HCIE the Ministry of Education MoE has virtually hosted Prof. Raid Suleiman, and Eng Loay El-Basyouni in an extraordinary episode of the "Explore Science" program.

Professor Suleiman and Eng. Al- Basyouni accompanied the participants on an exciting scientific journey. Through it, they discussed the details of the giant telescope from several aspects, such as, technical design, the integrity of science and radiation that is used for monitoring, the objectives being pursued, and how it contributes in understanding the creation of the universe, and the atmospheres of the planets of the Milky Way. All of this in a try of discovering life on them and opening up prospects for research in the field of space science.

It was moderated by Layan Al-rajee, Salsabeel Abu-arqoub, and Zaina Al-Sayed Ahmad from Dora Girls’ School at the Directorate of Education – South Hebron, also they are winners of first place in the NASA competition worldwide (ISDC), which lasted for more than two hours of dialogue and discussion between the guest and the guest participants, besides, asking guests deep questions.

Noted that Prof. Suleiman is a scientist at the Physics Center at Harvard and Cambridge, in addition, working in the field of Atomic physics, also sun and planet sciences. Furthermore, Eng. Al- Basyouni participated in designing the first helicopter that flew over Mars” ingenuity” by Nasa. 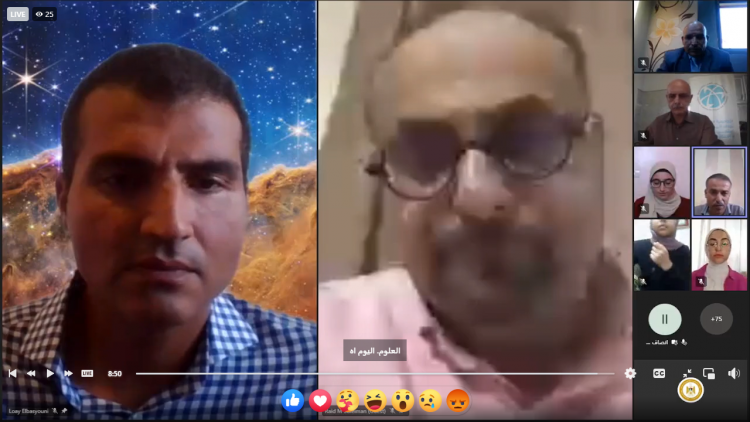 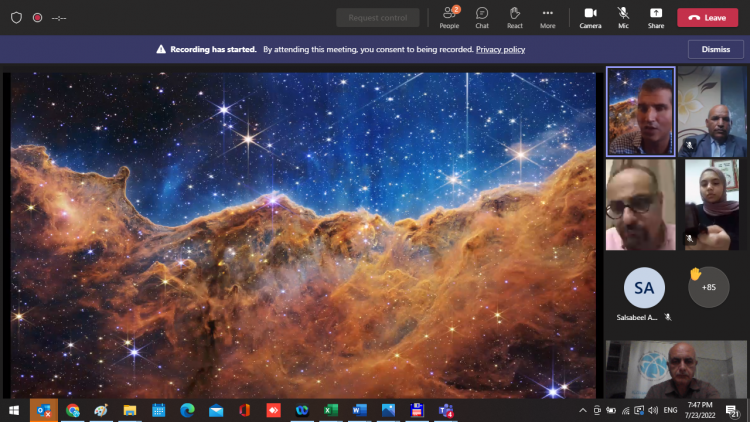 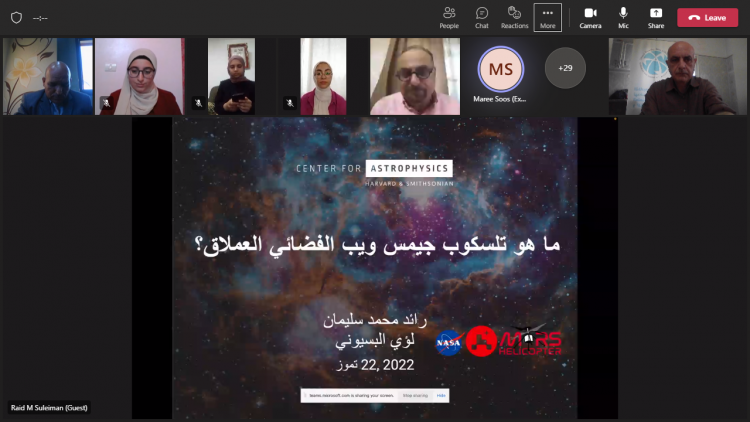 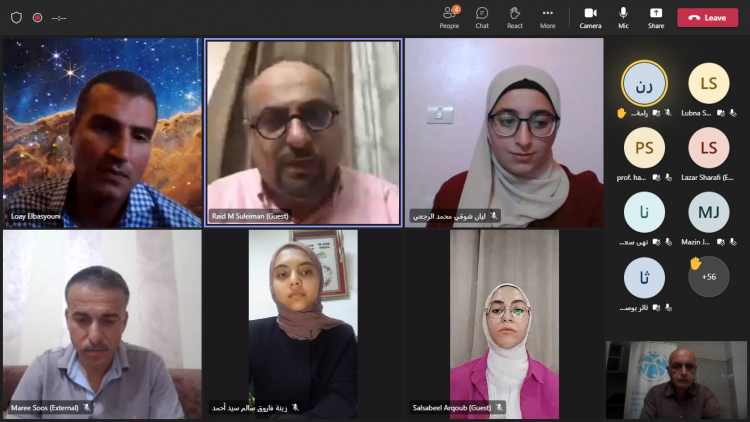 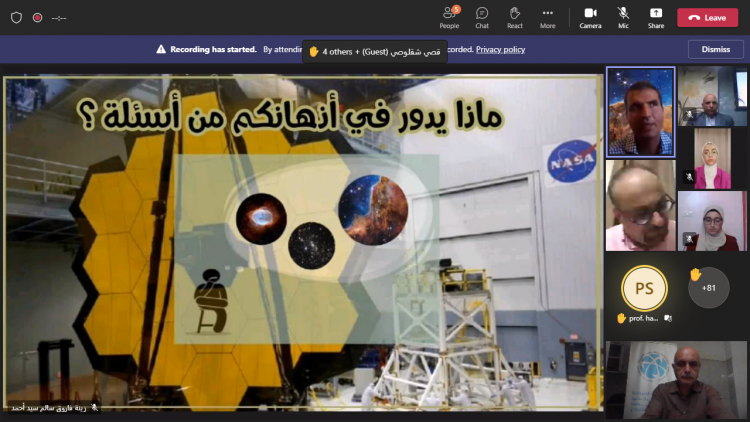 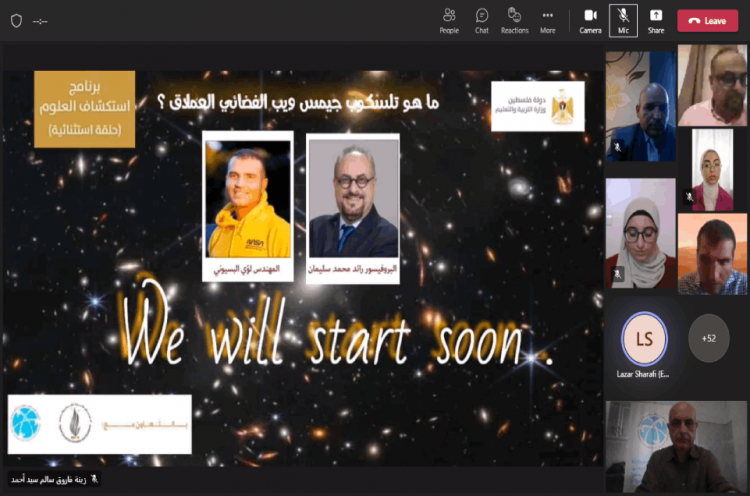 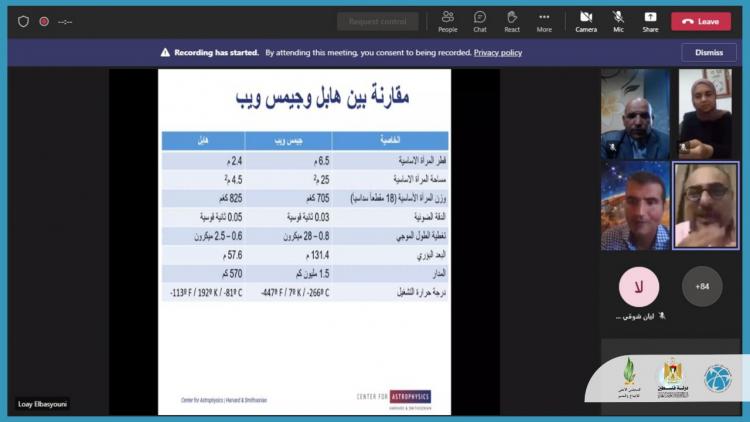 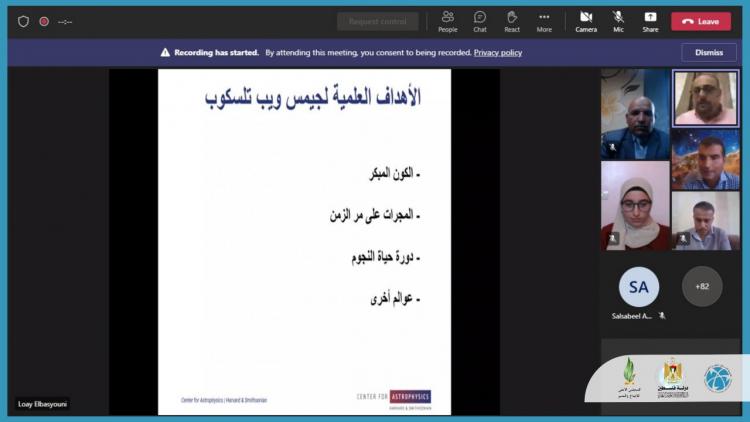 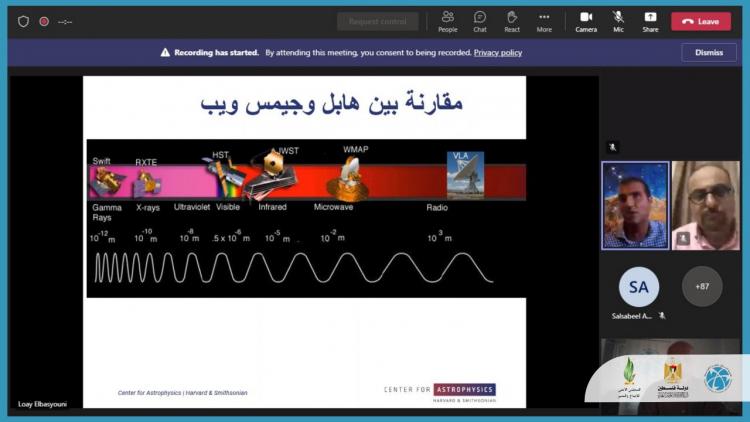 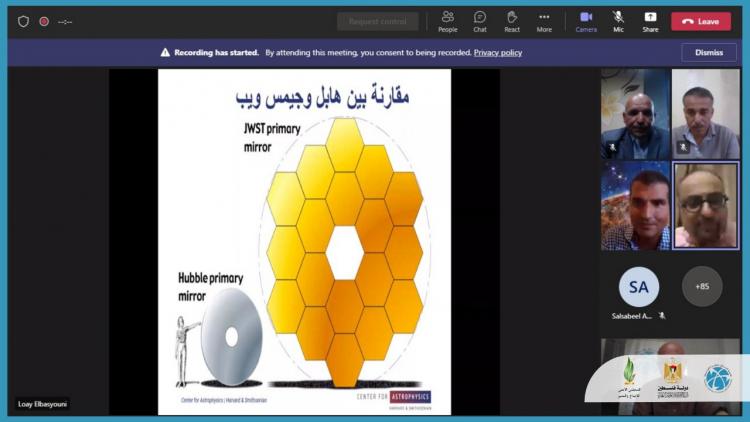 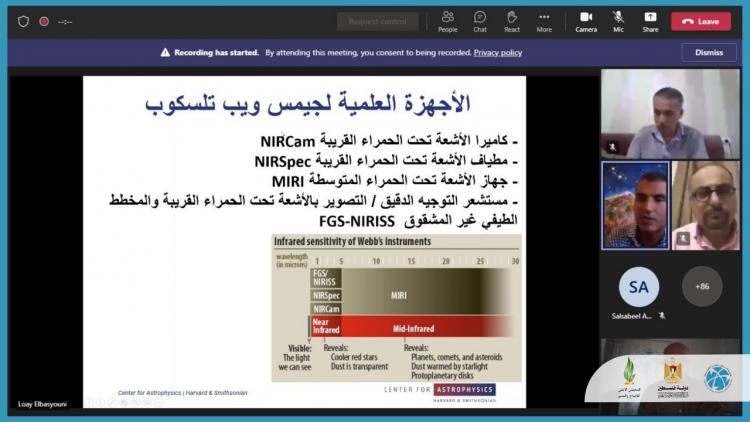 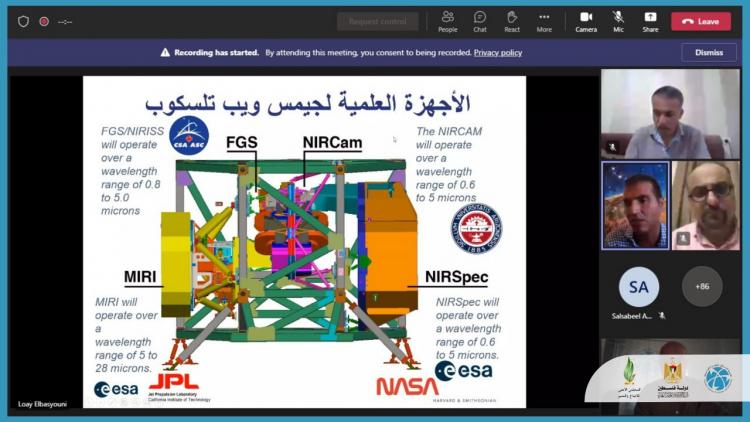 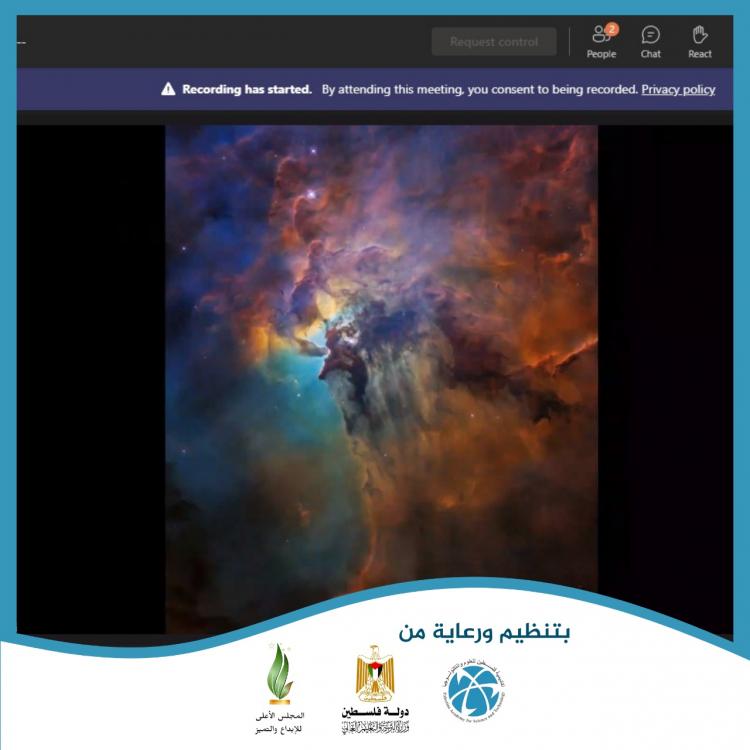 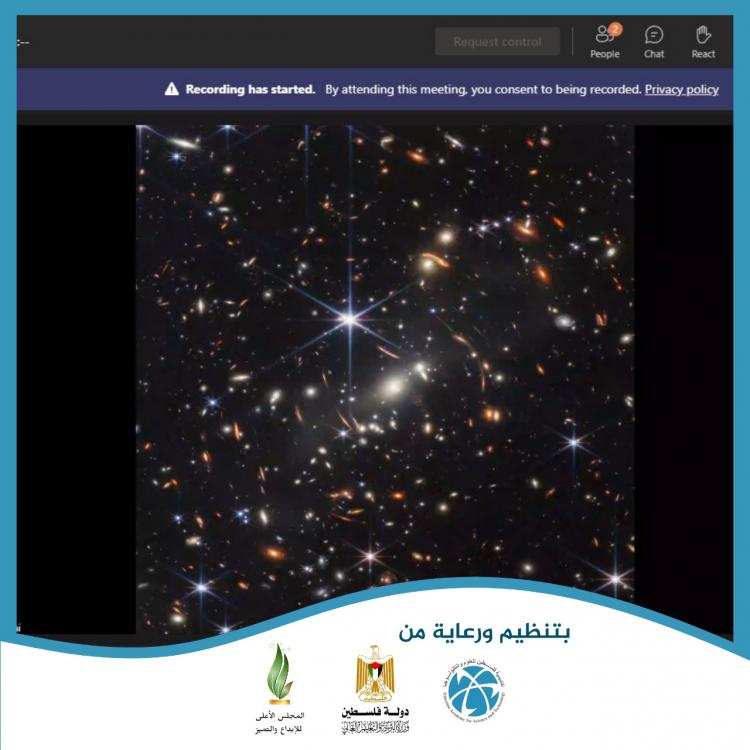 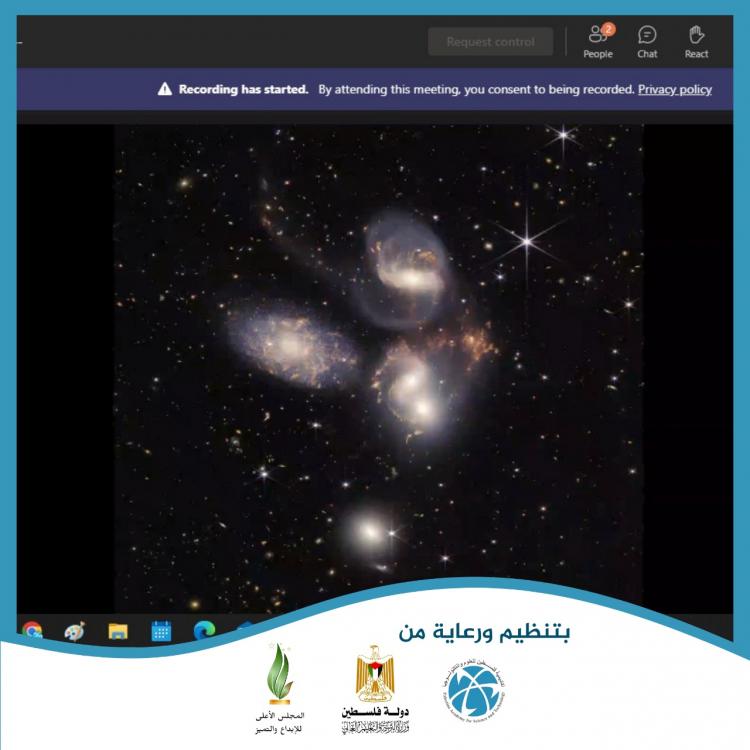 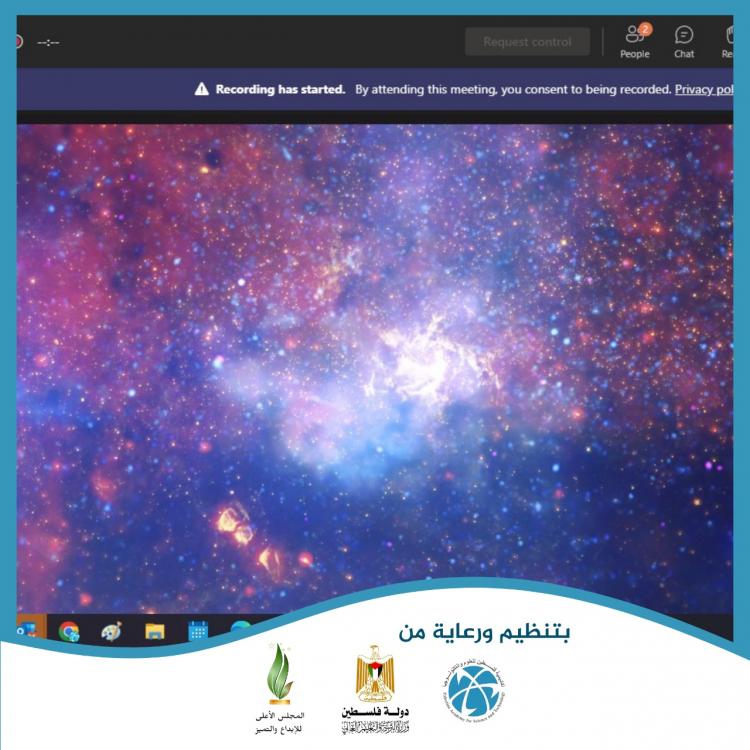 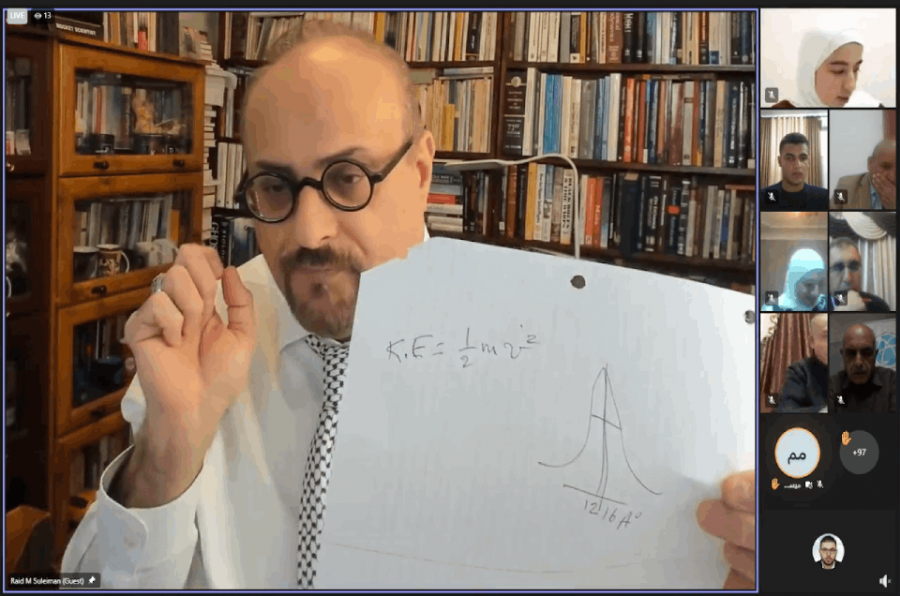 Professor Suleiman accompanied high school students and the participants on an exciting scientific journey. It was moderated by Khaled Abed and Islam Saleh from the Directorate of Education in Jenin. He talked… 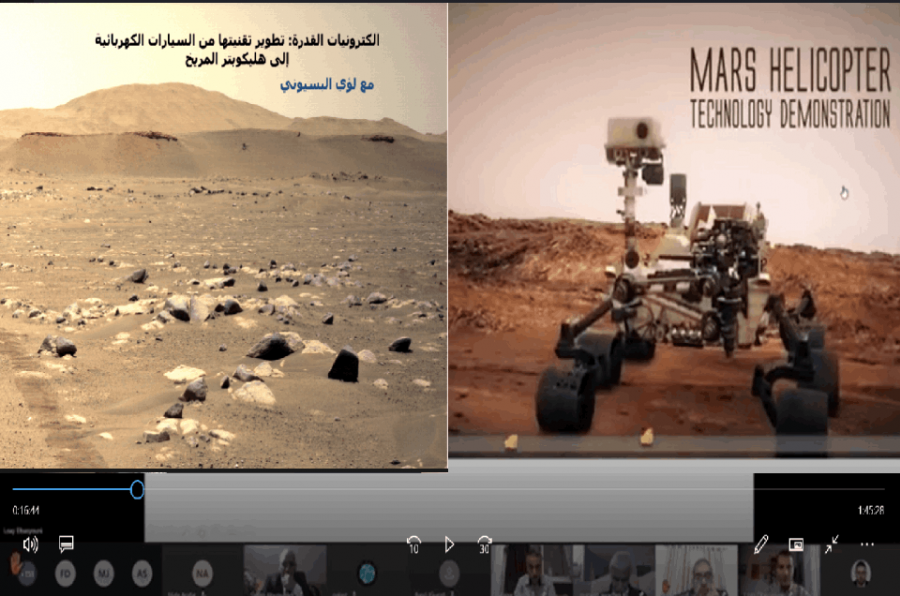 Eng. El-Basyouni took school students with him and attendees in an exciting lecture about his experience and his participation in designing the first helicopter (ingenuity) to fly over Mars, which is… 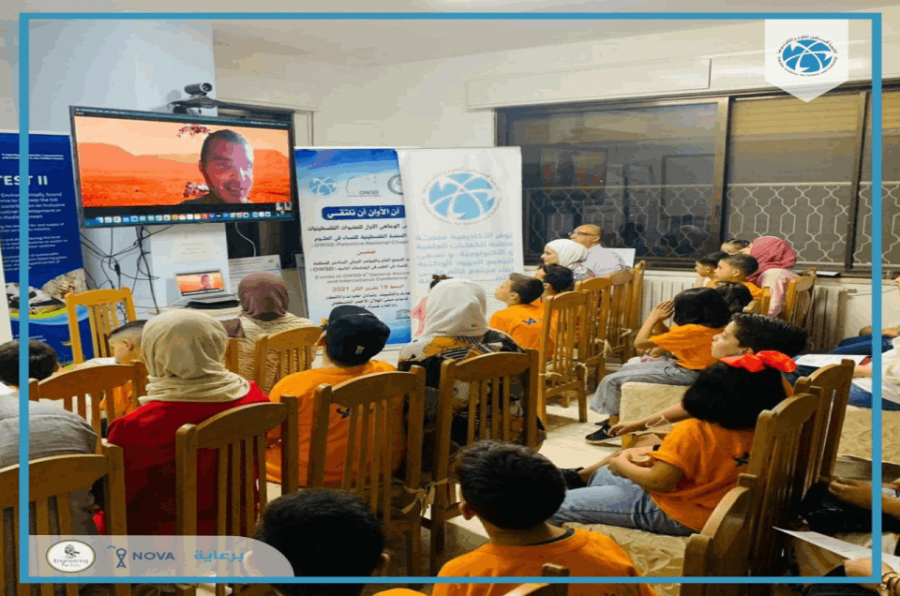 Eng. El-Basyouni took kids with him and attendees in an exciting lecture about his experience and his participation in designing the first helicopter (ingenuity) to fly over Mars 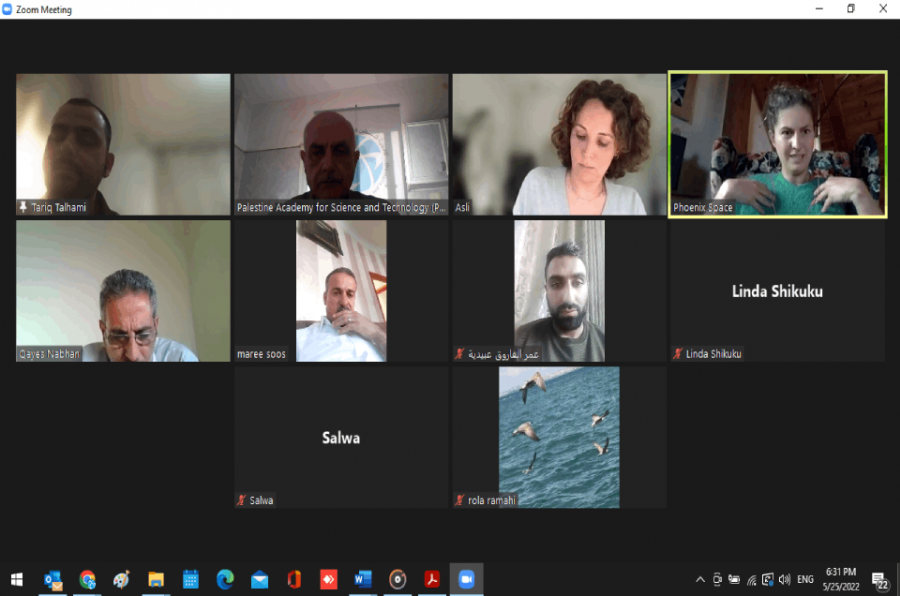 Through a meeting between Phoenix space program, Palestine Academy for Science and Technology, Ministry of Education, and Nova Society for Astronomy and space, it has been agreed on training the Nova members…

Phoenix Space and PALAST agreed on a pilot project in STEM educational program with Nova, in presence of MoE