PGSB seminar on the Topic: PGSB PV-cluster: The Dynamics of Hotspot Formation in Thin-Film Solar Modules

PGSB seminar on the Topic: PGSB PV-cluster: The Dynamics of Hotspot Formation in Thin-Film Solar Modules 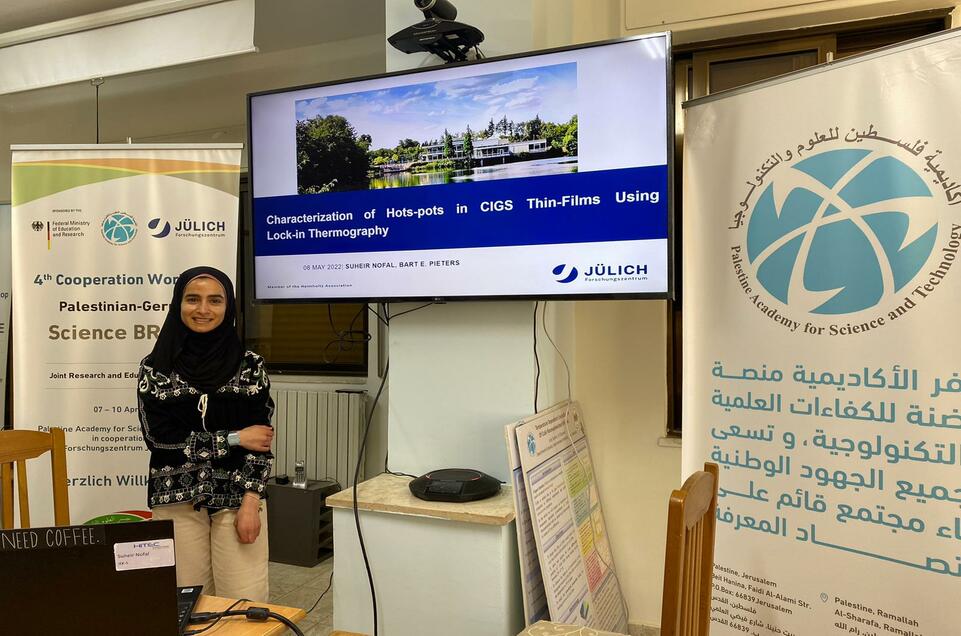 Palestine Academy for Science and Technology (PALAST) hosted PGSB fellow MSc. Eng. Suheir Nofal, who is a doctoral fellow within PGSB program and the speaker of the Photovoltaics research cluster. The researcher works at the Institute of Energy and Climate Research, Photovoltaics:IEK-5 at Jülich Research Center (Forschungszentrum Jülich GmbH, FZJ) in Germany, under the supervision of Dr. Bart Pieters and the direction of Prof. Dr. Uwe Rau.

The doctoral researcher led the seminar on the 8th of May 2022 at PALAST and online via Teams technology. The Seminar was attended by academics, researchers, and interested students from various Palestinian universities.

The doctoral researcher presented her doctoral research activity at IEK-5 titled “The Dynamics of Hotspot Formation in Thin-Film Solar Modules”. She explained the theory behind the hot-spots formation in thin-film solar cells technology, beside the experimental and simulation work related to the topic.

In her work, they aim to develop a detailed electro-thermal model for hot-spot formation in thin-film solar cells. So far, they have developed 3D electrical models for solar modules and are in the process of coupling this model with 3D thermal models for the solar module. On the experimental side, they have access to advanced thermos-cameras with high temporal and spatial resolution. Thermography experiments will be used to calibrate and verify the model. The model will be used to investigate the influence of various factors such as module temperature, and breakdown site position, shape, and size, on the transient temperature development. The electro-thermal model may lead to a better understanding of the process leading to hot-spot formation and ultimately may contribute to the development of more robust solar modules.

The researcher introduced the institute of Energy and Climate Research, Photovoltaics: IEK-5 in general and the group she works with in particular. She presented and introduced the new PGSB cluster in Photovoltaics at IEK-5, its long-term goal of supporting the PV research in Palestine, the current pilot project to evaluate the research status in Palestine and the ability of Palestinian students to participate in global PV research. The researcher presented the current proposed MSc topics within the PGSB 7th call as part of its pilot project. 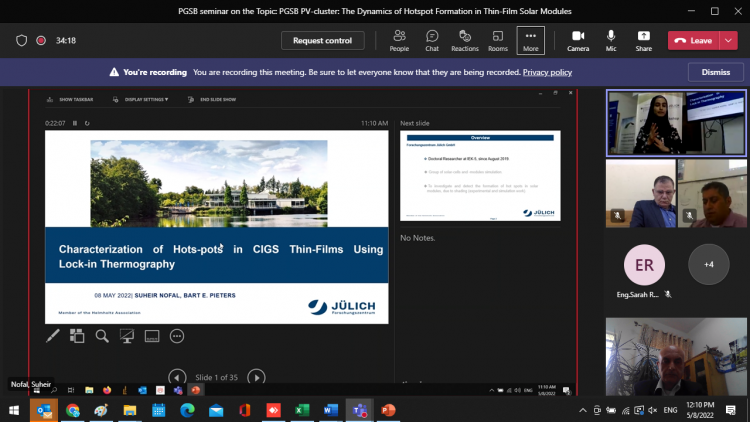 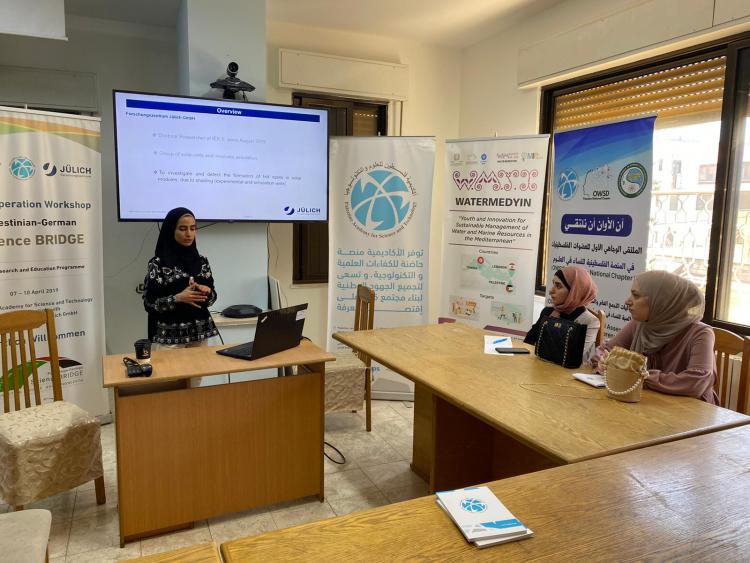 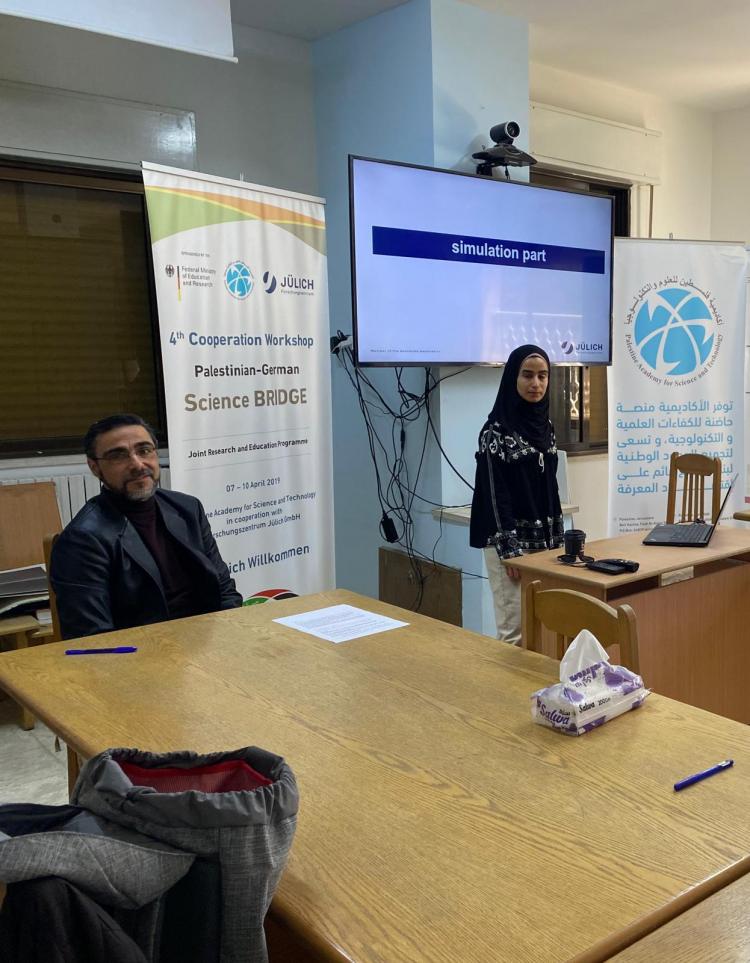 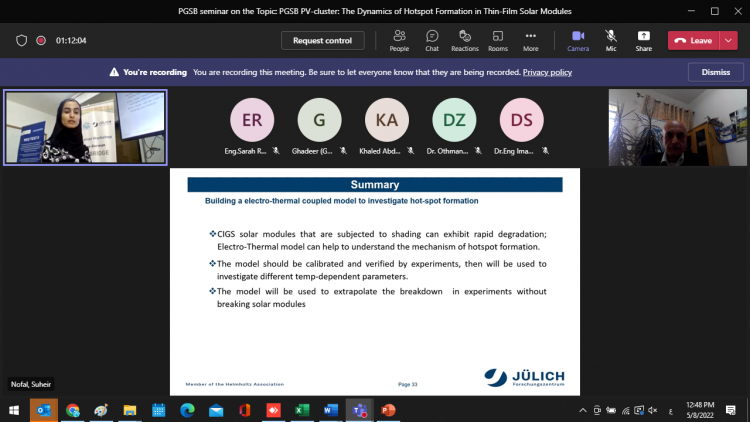 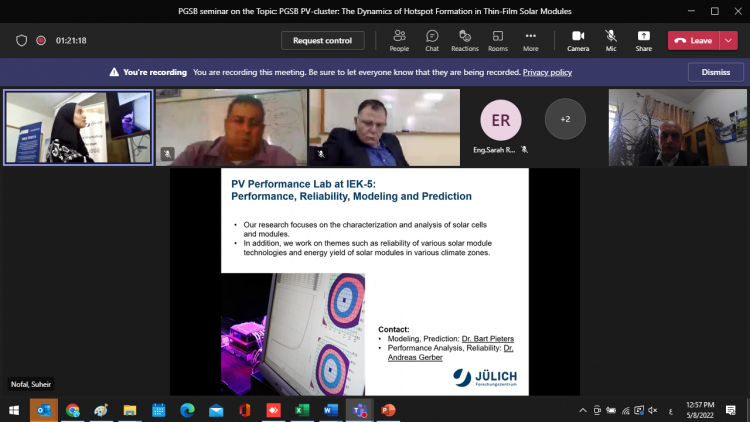 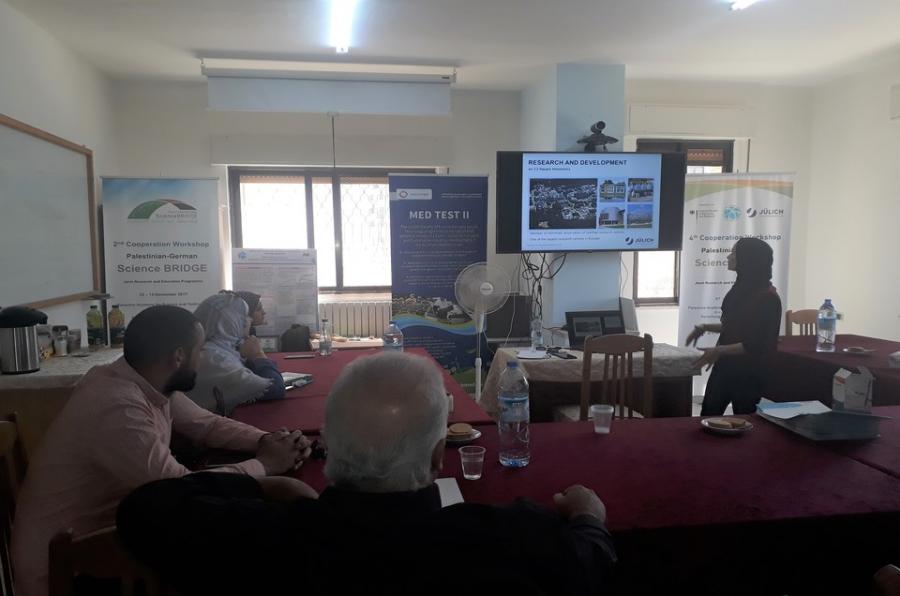 The Academy hosted a meeting at Academy premises on Tuesday 03 August, also virtually via Teams between Palestinian researchers for Photovoltaics research cluster, the meeting was attended by researchers from… 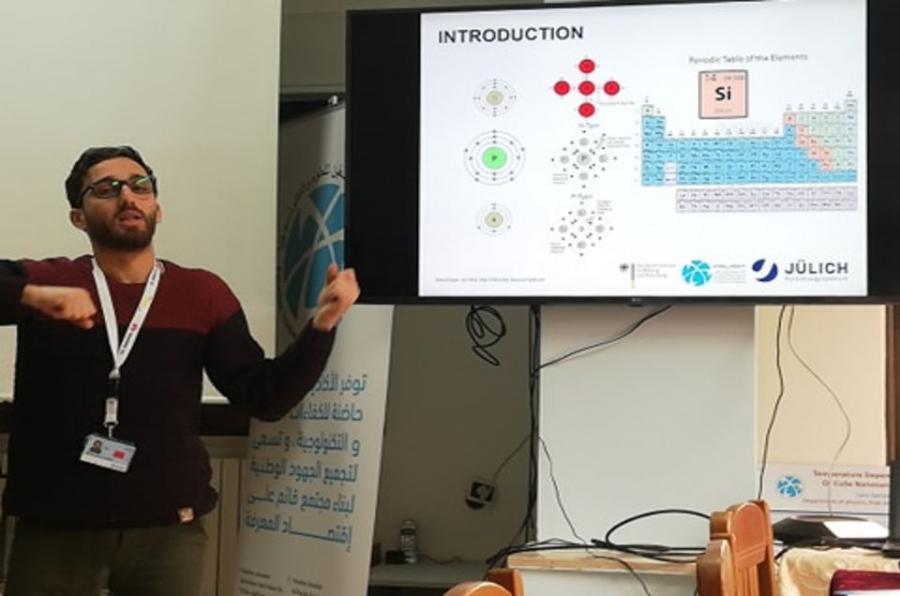 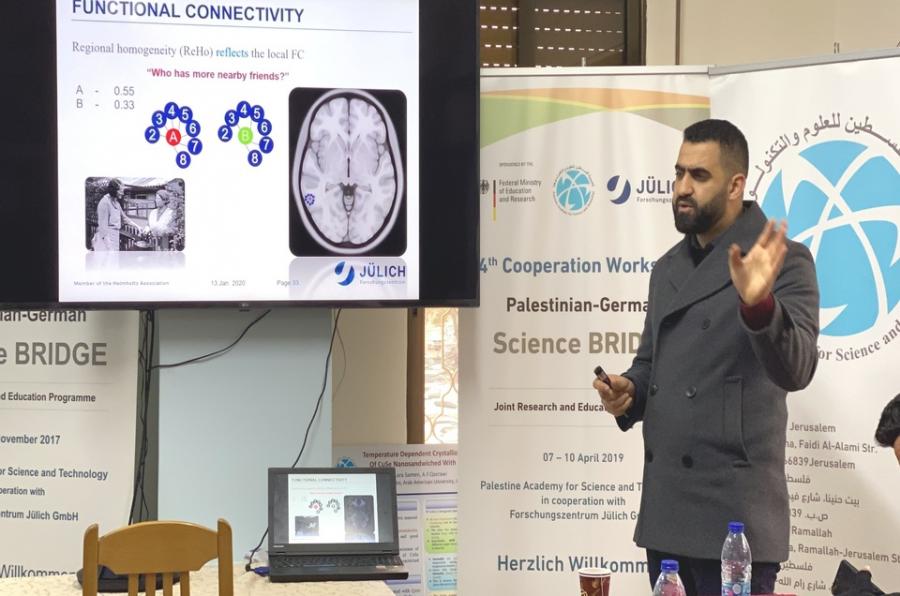